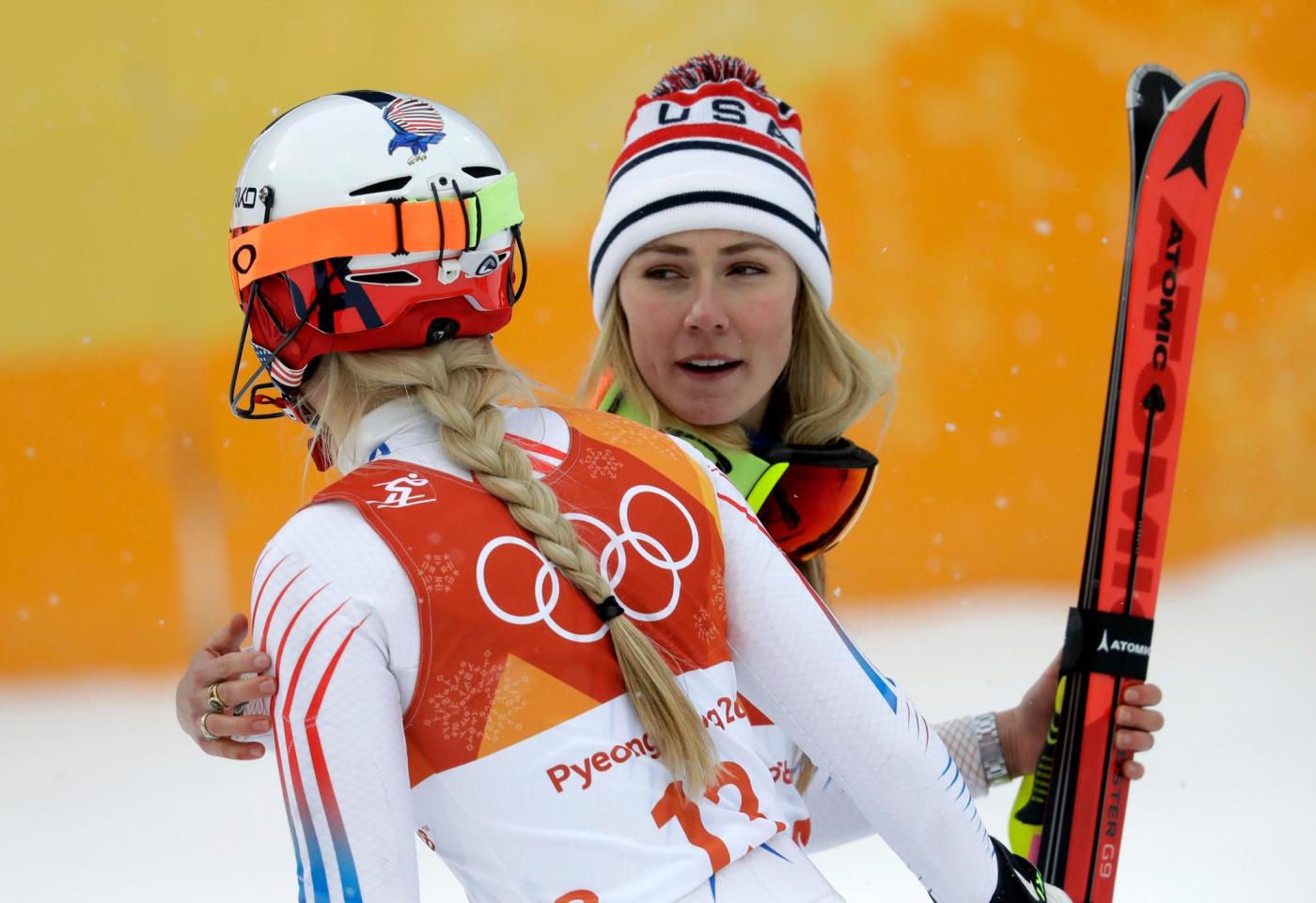 EDITOR’S NOTE: Lindsey Vonn has been keeping track while Mikaela Shiffrin first matched her women’s World Cup skiing record of 82 wins earlier this month and then surpassed it with win No. 83 on Tuesday at a giant slalom in Italy.

Vonn offered her thoughts earlier this month about the record just before Shiffrin won her 82nd race.

Records are meant to be broken and it’s a sign of progress. And if anyone is to break my record, I’m really happy that it’s an American.

She’s going to continue pushing the limits and continue to inspire other Americans. There were a lot of women who paved the way for me. And now it’s her turn to pave the way for the next generation.

It’s pretty impressive that the top two female skiers of all time are Americans in a sport historically dominated by Europeans. We’re 20 wins ahead (21 for Shiffrin with Tuesday’s victory) of the next woman (Annemarie Moser-Pröll of Austria with 62 wins), which is a substantial margin. So it’s not even really close. It just speaks for our country as a whole and what we’re capable of doing.

Ski racing might not be as popular as it used to be. Snowboarding and other freestyle sports have gained popularity. So Mikaela breaking the record now is really great for the sport. I hope that it generates a lot of kids getting into the sport. Hopefully, she’ll inspire the next American and hopefully Americans will stand 1-2-3 on the all-time list.

We’ve definitely had a very different journey to 82. She’s the absolute perfect technical skier and has also won in the speed disciplines. I was the downhiller who also had wins in the technical races. I unfortunately had many, many injuries, and my road was quite a bit longer. But she’s at an incredible pace to not just reach 82 but go well, well beyond that.

Catching Ingemar Stenmark’s men’s mark of 86 wins was always the ultimate goal for me, but with the injuries I sustained it just wasn’t possible. For her, the sky’s the limit. I don’t think that Stenmark is necessarily the benchmark. She’s going to set the new standard and we’ll just have to wait and see how high she’s able to go.

I knew from the very beginning that she would be the one to break all the records. But to be able to do it at such a young age is really impressive.

Mikaela Shiffrin’s idol expects her to keep winning: “100 or more”

After more than 2 1/2 years, the wait for Jonathan Isaac’s NBA return to the Orlando Magic is over. Isaac was available for Monday’s home game vs. the Boston Celtics, allowing him to play in his first NBA game since Aug. 2, 2020 — when he tore the anterior cruciate ligament in his left knee […]

MOBILE — Tom Brady’s voice shook Wednesday morning when he said “I wouldn’t change a thing” as he announced his retirement “for good.” It was difficult in that moment not to wonder about Brady the human being, about the personal cost of his determination to play until age 45, about whether he actually would change […]