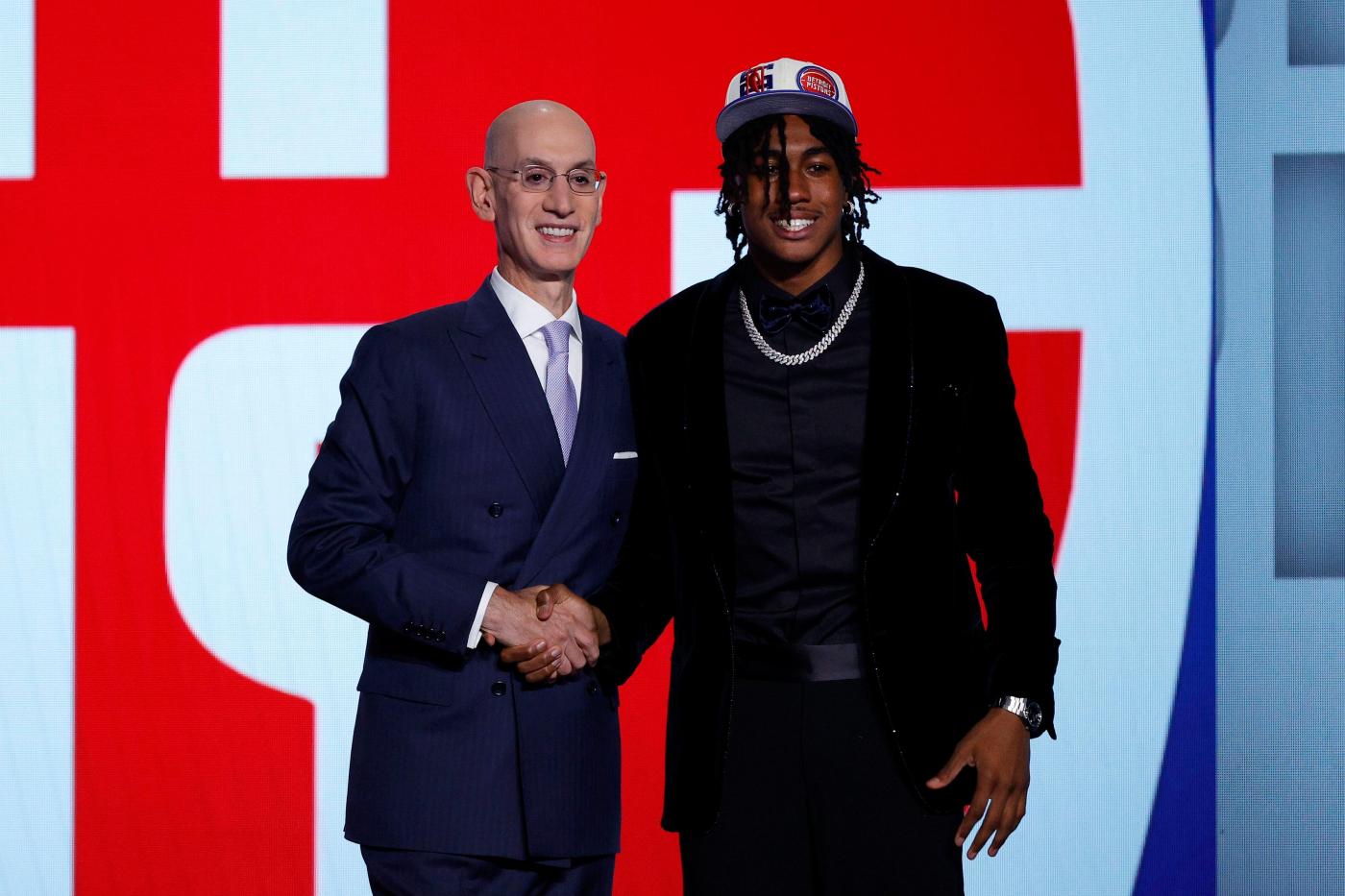 The Knicks ditched their first-round pick and ditched Kemba Walker.

It was a confusing and hectic first two hours of the draft for the Knicks, with little to show for it but more cap space for their Jalen Brunson quest.

They failed to trade for Jaden Ivey, who was picked fifth by the Pistons. Then Leon Rose dealt his 11th pick to OKC for three future conditional first-round picks, although unbeknownst at the time to the Barclays Center crowd, which booed the choice of Ousmane Dieng because they thought the Frenchman went to New York.

Two picks later, at No. 13, the Hornets took Memphis center Jalen Duren and sent him to the Pistons in a three-team trade, with Walker going to Detroit for a Knicks draft pick (presumably one of the picks acquired from OKC).

So the only definite is Walker’s sad homecoming chapter is over. He has $9.2 million left on his contract, which the Pistons will likely eat by releasing the Bronx-bred point guard.

The Pistons were the winners of the draft by adding Ivey and Duren to a lineup with Rookie of the Year Caden Cunningham.

The Knicks were, if nothing else, a draft-day letdown after flirting with fireworks. Perhaps shedding salary will work in the long run in their pursuit of Brunson or Malcolm Brogdon or (gulp) Kyrie Irving, but sacrificing a draft pick to shed a player signed just a year ago is an acknowledgement of failure from the front office.

The Knicks were $18 million under the cap after shedding Walker, according to ESPN cap guru Bobby Marks. They’re also trying to deal Nerlens Noel, Alec Burks and Evan Fournier before free agency. An offer starting at about $25 million should be too high for Brunson, per league analysts, but the Knicks are bullish on the point guard.

It’s also worth noting that Brunson’s father, Rick, was just hired as an assistant coach and is like family to team president Leon Rose.

The night started with a shocker with Duke’s Paolo Banchero going first overall, blowing up the mock boards that had Auburn’s Jabari Smith as the consensus top choice.

Gonzaga’s Chet Holmgren went second to OKC and Smith fell to the Rockets at third. Iowa’s Keegan Murray was a slight surprise at No. 4 to the Kings, passing on Jaden Ivey. Perhaps not coincidentally, Ivey wasn’t keen on joining the Kings and said he had no contact with the organization before the draft.

The Knicks bailed on the first round after their disappointing 11th-place finish last season, one year after climbing to fourth.

Barring the unexpected, Julius Randle and RJ Barrett will head the roster after both averaging over 20 points last season. Randle’s production and mood remain a hot topic after last season’s deterioration.

Derrick Rose should return from his ankle surgery to boost the offense, but the young players – specifically Obi Toppin, Immanuel Quickley and Quentin Grimes – surged toward the end of the season and earned consideration for greater roles.

This was the first …read more

Jared Bednar is an evangelist on the five-minute plan. The Avalanche coach doesn’t go period to period but rather as many as four stretches in each frame. He studies game video in five-minute spans when special teams are not involved and wants his team to focus on playing that way. Beyond the power play and […]

Andrew Vaughn was aware he needed a triple for the cycle when he came to bat in the sixth inning Monday against the Toronto Blue Jays. “You’ve got to keep it out of the back of your head,” Vaughn said. Vaughn didn’t get the triple, but he did single to match a career high with […]

‘Be something special’: 2022 Orioles carrying different mentality from rebuild’s past teams

2The day after Orioles top prospect Adley Rutschman made his major league debut, right-hander Spenser Watkins took a line drive to the forearm. It gave him a unique perspective to watch Baltimore’s turnaround. Watkins spent the next 15 days on the injured list, hanging around the team and watching games as a spectator. Optioned to […]