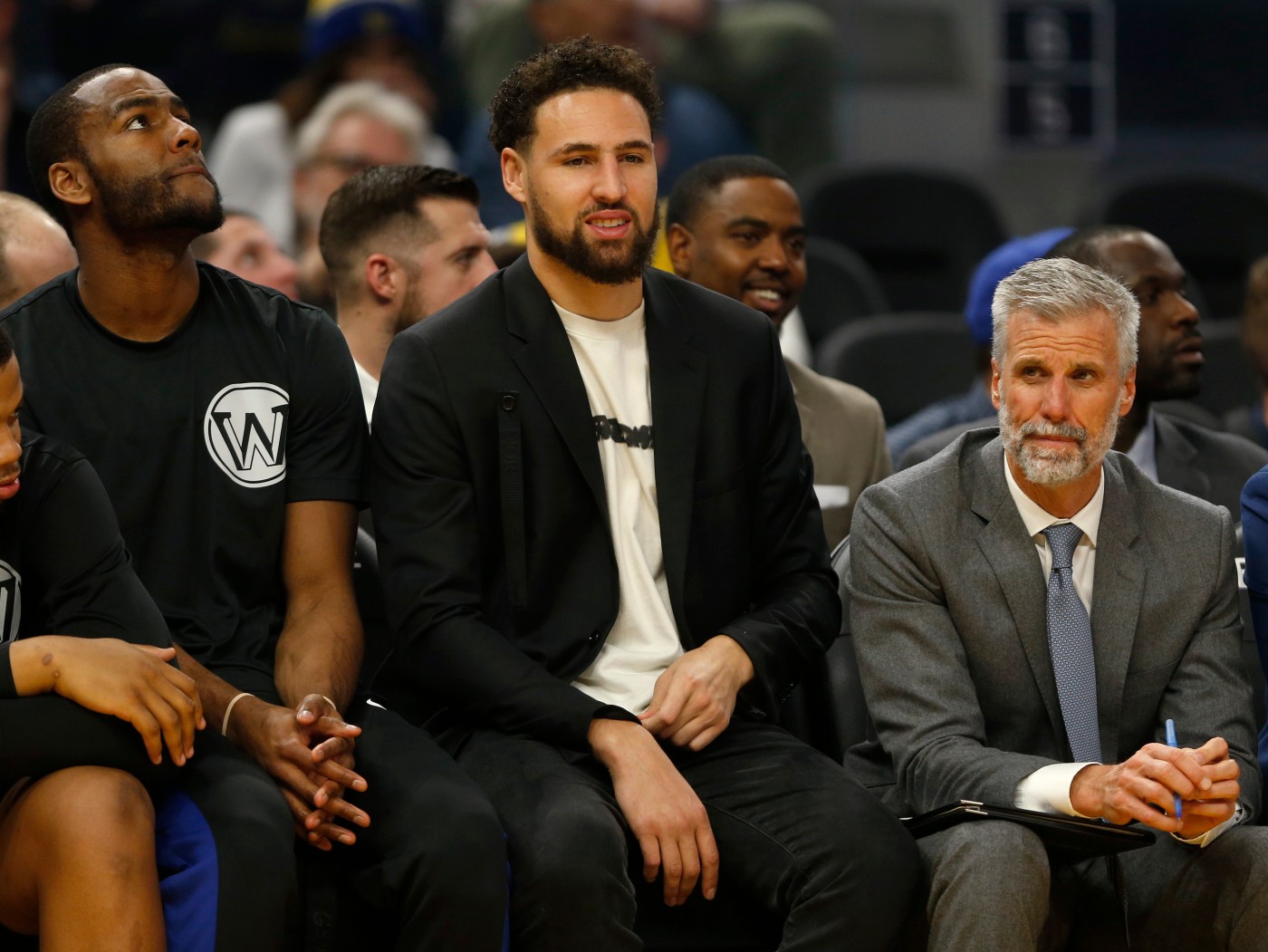 SAN FRANCISCO — Six months after undergoing surgery for a torn ACL in his left knee, Warriors guard Klay Thompson said his rehab is going well, but won’t rush to get back on the court.

Though he is eager to play this season, Thompson said he is being cautious so that he can play into his late 30s.

“It’s going great,” Thompson said during his first availability since media day. “I haven’t stopped working since the third day after the 2019 Finals. You might not see me but, oh, I’m working.”

Thompson, who has missed the entire season as he recovers from surgery to repair a torn ACL in his left knee, will be re-evaluated during the All-Star break from Feb. 14-16.

Over the last few weeks, Thompson has been participating in shooting workouts at the team facility. He’s also been on the bench for several home games this season after head coach Steve Kerr asked him to be around the team more often.

“The new players need to get to know those guys and vice-versa,” Kerr said. “They give our young group some confidence just with their presence. I think that’s all part of the next step here for both Steph and Klay.”

XFL to unveil rules innovations when it kicks off next month

NEW YORK — When the XFL debuts in February, it will take a “Star Trek” approach of going where no football league has gone before. The eight-team league will have options for extra points worth one, two or three points. It will allow double forward passes behind the line of scrimmage. Kickoffs will look way […]

Don’t have tickets to Saturday’s 49ers vs. Vikings playoff game? You can still feel like you’re part of the action at one of the official watch parties the team is hosting. The Niners will hold a San Jose party at San Pedro Square, 72 N. Almaden Ave. downtown. In San Francisco, the team will host […]

An honest review of defenseman Sam Girard’s first two Avalanche seasons from coach Jared Bednar did not sugarcoat areas for improvement. “I would have wanted to see him produce a little bit more offensively,” Bednar said. “Join the rush a little bit more and be more dangerous in the offensive zone.” Ask and you shall […]