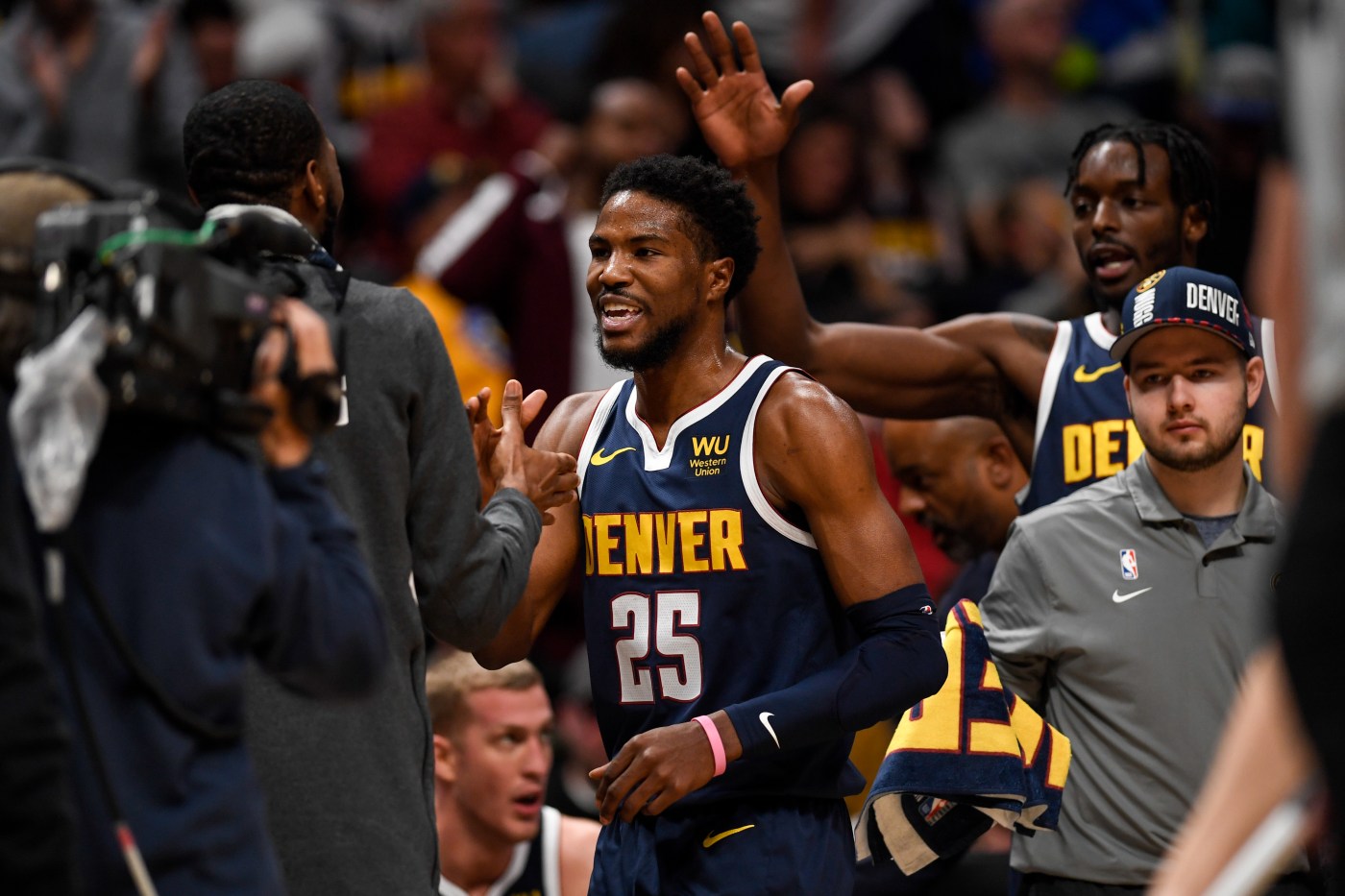 Kiz: The Nuggets woke up Monday morning with a 27-12 record, in the middle of a spirited race with the Jazz, Clippers and Rockets for the No. 2 seed in the Western Conference. All good. So let’s nitpick. Malik Beasley and Juancho Hernangomez are two pretty fair NBA players stuck at the end of the bench. You and I saw the court as much in the big home win vs. the Clippers as Juancho or Malik. Should the Nuggets move one — or both — of these guys?

Singer: They should, and that guy should be Juancho. Will it return more than a second-round pick? No. But he has been nothing short of a consummate pro, and they’d be doing him a disservice by not moving him. He’s a young player, in a contract year, and needs an opportunity. The depth is stacked against him in Denver. For Beasley, who might command a late first-round pick in return, I have a feeling the Nuggets are going to need him down the stretch. Did you see how important he was against Dallas?

Kiz: The only real role I see for Hernangomez right now is to pal around with Nuggets center Nikola Jokic during the regular season’s long grind. Hey, I’d like to be the Joker’s little buddy, as well. It seems like a good gig. But I think Hernangomez deserves better. So what’s the value of a 24-year-old, energy guy on the trade market? Or should Denver, which prides itself on treating players like family, trade Hernangomez merely to give him a chance to shine on a new team?

Singer: You are correct, Juancho and Nikola are attached at the hip. But if you catch Nikola in a quiet moment, I bet you he’d admit he wants what’s best for Juancho — which is a change of scenery. My educated opinion is there is value for a young, 6-foot-9 wing with a sweet outside stroke. I don’t think it’s a robust market, but if you’re a rebuilding team and can potentially get Hernangomez on a bargain deal, it’s worth taking a chance on him. His motor and his character have never once been questioned. Best case scenario: he blossoms with the right opportunity and the Nuggets recoup a draft asset.

Nuggets “might be putting pressure on ourselves” after loss to Cavs

The Browns’ coaching search went back on the road Thursday. The team is interviewing Vikings offensive coordinator Kevin Stefanski, who took a break from playoff planning to meet with Cleveland’s group. Stefanski was a finalist last year for the Browns’ job, which went to Freddie Kitchens but came open again after a woeful 6-10 season. […]

How ’bout them CowNiners! You read correctly. The Dallas Cowboys are picking up the pieces from the Jason Garrett experiment. They have hired as their new head coach Mike McCarthy, who seems intent on getting the band of 2000s-era 49ers coaches back together. There’s no doubt that the Cowboys-49ers hatefest has lost some sparkle since […]

On emotional return, Joe Pavelski to get Patrick Marleau-type tribute by Sharks

SAN JOSE — Perhaps it’s somewhat fitting that Patrick Marleau will reach another milestone and play in his 1,700th NHL game on the same night that Joe Pavelski makes his initial return to SAP Center on Saturday as a member of the Dallas Stars. After all, Marleau was in Pavelski’s position a little more than […]