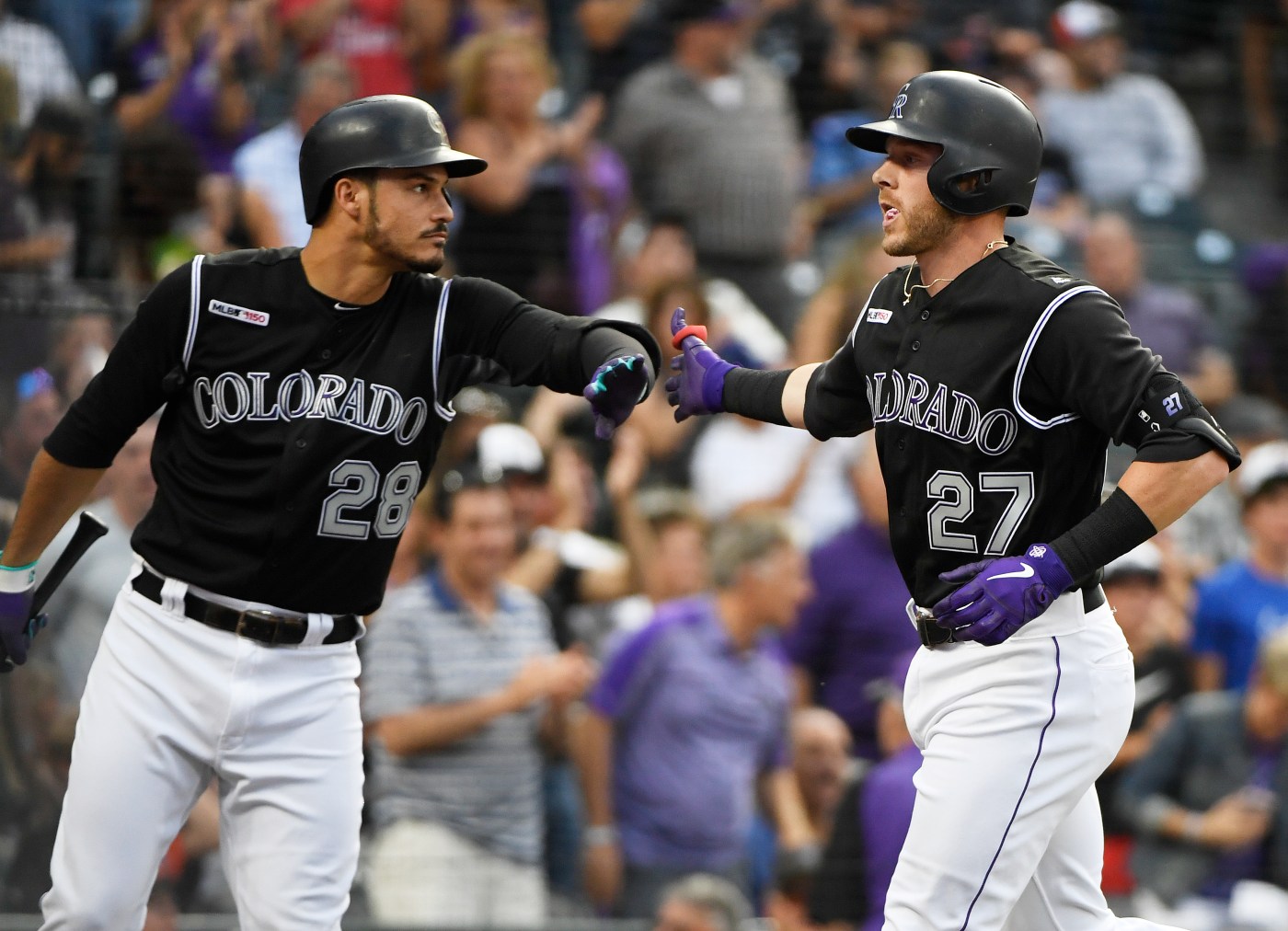 The only people the Colorado Rockies take for granted more than their players are all you fans.

What’s the definition of heaping insult on top of injury to loyal customers?

At a time when our lovable losers in LoDo are threatening to push future Hall of Famer Nolan Arenado out the door, the Rockies are also quibbling over $750,000 with shortstop Trevor Story in arbitration.

Instead of heading to spring training with high hopes, your local baseball team will be packing headaches for the trip to Arizona.

But here we are, boys and girls. The Rockies are closer to trading Arenado and alienating Story than making a serious run at the World Series.

Before the first pitch of the regular season is thrown in late March, if not considerably sooner, these two difficult items need the urgent attention of general manager Jeff Bridich.

No. 1: Trade Nolan Arenado. Why? From the first workout of spring training until his final day in the Colorado clubhouse, the uncertain future of Arenado will be the elephant in the room.

No. 2: Colorado should sign Story to a long-term deal that makes sense to both the player and the team for more than one season, especially if the Rockies lose 90 times again in 2020, which is entirely possible.

Nobody saw 91 losses coming a year ago, least of all Arenado.

Compounding his frustration was the poorly constructed $260 million contract Arenado signed last February. The deal begged for tension between the team and its all-star third baseman, because giving Arenado an opt-out clause after three seasons started the clock ticking on a divorce as soon as the Rockies were eliminated from serious playoff contention in 2019.

I just hope Bridich deals Arenado to the Cubs or Cardinals rather than an American League club, so we can still see him work his magic at third base on a semi-regular basis in Denver.

Is Story another cautionary tale doomed to end badly for the Rockies? During a Friday news dump in the middle of winter, word came down Colorado and Story are headed to arbitration, because the shortstop filed for an $11.5 million salary and the team offered $750,000 less. Why nickel and dime a superstar?

I do believe franchise owner Dick Monfort wants to do the right thing, but his baseball business is frequently as tone-deaf as a guy stuck in traffic singing along with Lizzo on the radio. Although Monfort genuinely loves players like his own kids and regards the Rockies as a family business, the bottom line for uber-competitive players such as Arenado and Story is defined by championship rings and money.

So Colorado would be advised to make its best sales pitch to Story sooner rather than later, locking him up with an iron-clad, long-term contract because he wants to play …read more

For the second straight year, San Francisco Giants’ top prospect Joey Bart headlines the group of non-roster players who received an invitation to the team’s spring camp. Bart, the No. 2 overall pick in the 2018 MLB Draft, leads a list of 18 players who will report to Scottsdale Stadium beginning in the second week […]

SAN FRANCISCO — Six months after undergoing surgery for a torn ACL in his left knee, Warriors guard Klay Thompson said his rehab is going well, but won’t rush to get back on the court. Though he is eager to play this season, Thompson said he is being cautious so that he can play into […]