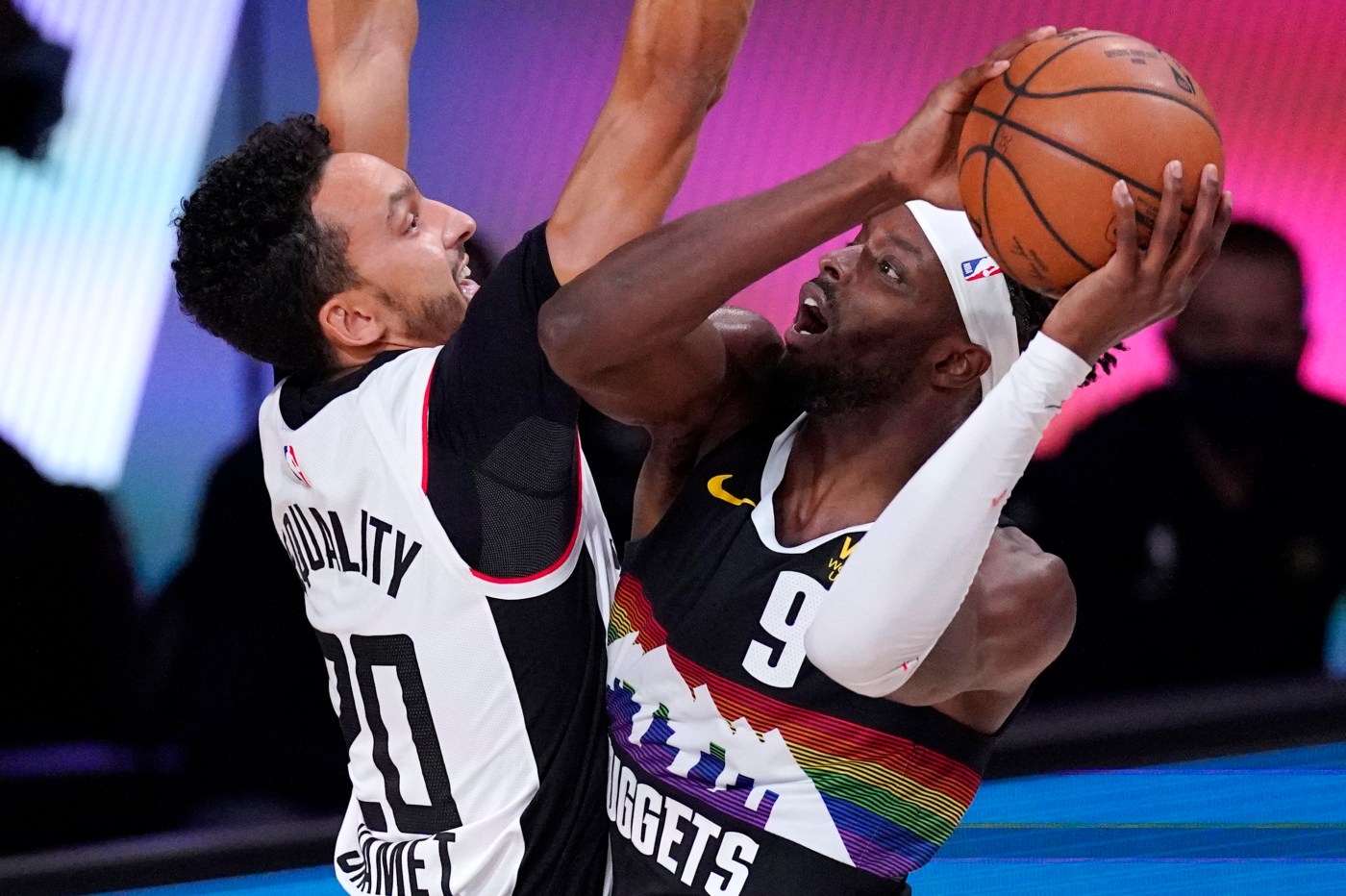 We all know how the NBA wants this story to end. But the Nuggets don’t want to hear it.

Nikola Jokic and Jamal Murray have lost lost their fear of the big, bad Clippers. But beat L.A. in a seven-game playoff series? That’s a whole ‘nuther story, one America doesn’t want to see.

“There’s no moral victories. This is the playoffs. We should’ve won this game,” coach Michael Malone lamented Monday night, after the Nuggets led most of the way, but lost 113-107 in the end.

The Clippers weren’t better than Denver. But Kawhi “The Claw” Leonard and Paul George were tougher. When push came to shove in the fourth quarter, Murray couldn’t buy a basket and the Nuggets let Game 3 of this best-of-seven series slip away.

“They,” Jokic said, “are a little more experienced in those situations.”

Murray, the creator of 50-point masterpieces against Utah in Round 1, has discovered the hard way that playoff games aren’t always a work of art. At times, the main difference between winning and losing is nothing more than the stronger team imposing its will on the weak. The postseason dares even a star on the rise like Murray to burn out from the relentless grind.

With a menacing L.A. defense in his face, the Clippers crawled inside the head of Murray. He couldn’t shoot straight, missing 12 of 17 field-goal attempts to finish with14 points.  When Murray doesn’t score big, the record shows Denver doesn’t win in the playoffs.

“It wasn’t really anything they did. Not at all. I just missed so many shots,” Murray said.

“I just got to be better. So put that game on me.”

The NBA bubble is a Disney production. We all know what commissioner Adam Silver and ESPN, sweating bullets when TV ratings for the playoffs got off to a lackadaisical start, want to see, don’t we?

The Western Conference finals are a pre-ordained L.A. story, with Kawhi taking on LeBron, right?

The Nuggets are considered little more than a nuisance. They’re a cute, little traffic cone, temporarily standing in the way of the inevitable Clippers-Lake Show.

“We don’t really care what anybody thinks of us, especially outside of Colorado,” Malone said prior to tip-off.

Itching to throw the us-against-the-world card, Malone added: “No one gives this team a chance to do a lot of things.”

Regardless of the sport, I’m not real big on the no-respect-for-the-lost-time-zone ploy, because all of us that live in Colorado know that Mountain time is the best time.

But for sports fans around the rest of the country, many of whom didn’t know Jamal Murray from Bill Murray a week ago, can I offer a pro tip?

Don’t sleep on the Nuggets. They’re easy to love.

Lunch Special: Do the Nuggets have a legit shot at beating the Clippers?

Kiszla: Whether Broncos can be NFL’s best defense depends on tricky …read more

Nuggets 3-pointers: Jamal Murray 1, Kawhi Leonard 1. And that Denver defense was a thing of beauty.

1. Nothing’s sweeter than watching Jamal Murray take the wheel. When Murray’s in a mood to take over a game, it’s a beautiful thing. Remember Utah Jamal? The guy who made the rim look about 3 feet wide? Peak Murray was back on Saturday night, in a major way. The Blue Arrow scored 11 of […]

The Nuggets made NBA history Tuesday night, storming back from their second 3-1 deficit of their postseason run to win Game 7 of the Western Conference semifinals, 104-89. Click here to read the full story. …read more Source:: The Denver Post – Sports        (Visited 6 times, 1 visits today)Kiszla: How on earth did Nuggets […]

The Rockies had not won a road series at the Dodgers in more than two years before Sunday night when Colorado finally woke up from its Los Angeles nightmare. Matt Kemp, against his longtime former team, blasted an eighth-inning home run that scored Kevin Pillar and the Rockies escaped LA with a dramatic, 7-6, victory. […]