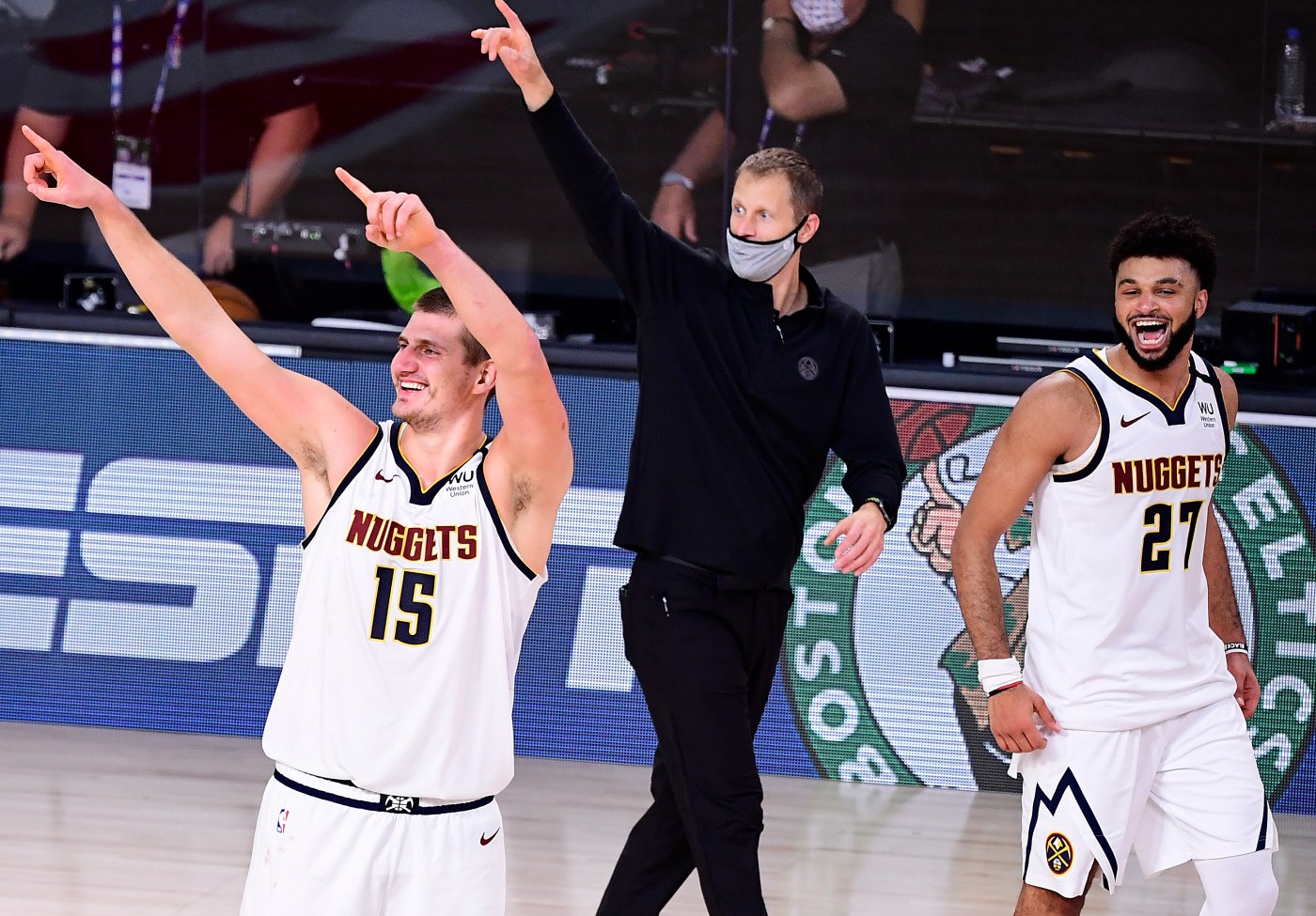 The Nuggets did what? They upset the Clippers and trashed a made-in-Hollywood script. How in the NBA world did that happen?

Well, truth is stranger. In a league that has been ruled by dynamic duos since the days of Magic and Kareem, the NBA’s new power couple is Joker and his little buddy Jamal.

When it was over, with a no-doubt-about-it 104-89 playoff victory Tuesday night, and the scrappy little Nuggets had ended the league’s big plans for LeBron against the Claw in the Western Conference Finals by outscoring the Clippers by 64 points in the second half of three consecutive elimination games, Jokic and Murray stood together in the NBA bubble, the happiest couple in the Magic Kingdom since Mickey and Minnie.

“We go hand in hand,” Murray said after scoring 40 points in Game 7.

After dropping a triple-double on Kawhi Leonard and the Clippers when it mattered most, Joker stood alongside his little buddy Jamal on the court and tried to describe the love in the Denver locker room to ESPN’s Rachel Nichols.

Joker and Jamal are Denver’s new power couple, in a city that has enjoyed more than its share of dynamic sports duos.

After getting schooled by Jokic as Denver rallied from a 3-1 deficit in this best-of-seven series, Clippers coach Doc Rivers hit the reset button on his strategy against basketball’s most beautiful mind. Throwing two defenders at Jokic in Game 7, Rivers stole a page from the Book of Belichick, who relished giving different looks and press coverage to Peyton Manning, in the hope it might slow down the processing speed of a quarterback equipped with a super-computer under his helmet.

Keeler: Will Broncos stick a fork in Phillip Lindsay? Not if he’s got anything to say about it.

In a win-or-go-home scenario, this was L.A’s story, and Rivers seemed bent on sticking to it. He decided to make somebody other than Joker beat the Clippers.

For much of the first half, it worked. Jokic, selfless to a fault, attempted only four shots from …read more

What’s holding back Raiders’ Derek Carr? Another touchdown per game would change everything

The only thing standing between Derek Carr and national acclaim is a touchdown per game. If Carr can get the Raiders in the end zone with regularity, they go from a 7-9 team to the playoffs. We get a glimpse of whether Carr can upgrade the most basic of football statistics when they visit the […]

Raiders fans are starting to get nervous. The ones on Twitter anyway. There was plenty of angst and consternation of over three recent developments: 1) A season-ending injury two wide receiver Tyrell Williams; 2) the trade of third-round draft pick Lynn Bowden Jr. and 3) Backup quarterback Marcus Mariota going on injured reserve and missing […]

An unusual light filled the Oakland Coliseum Wednesday evening. An orange haze that wasn’t sunny, a type of daylight that wouldn’t require sunglasses. Under a disorienting dome of smoke unlike anything seen in the Bay Area before, the A’s and Astros played a tense came that came down to Ramón Laureano’s walk-off hit in the […]