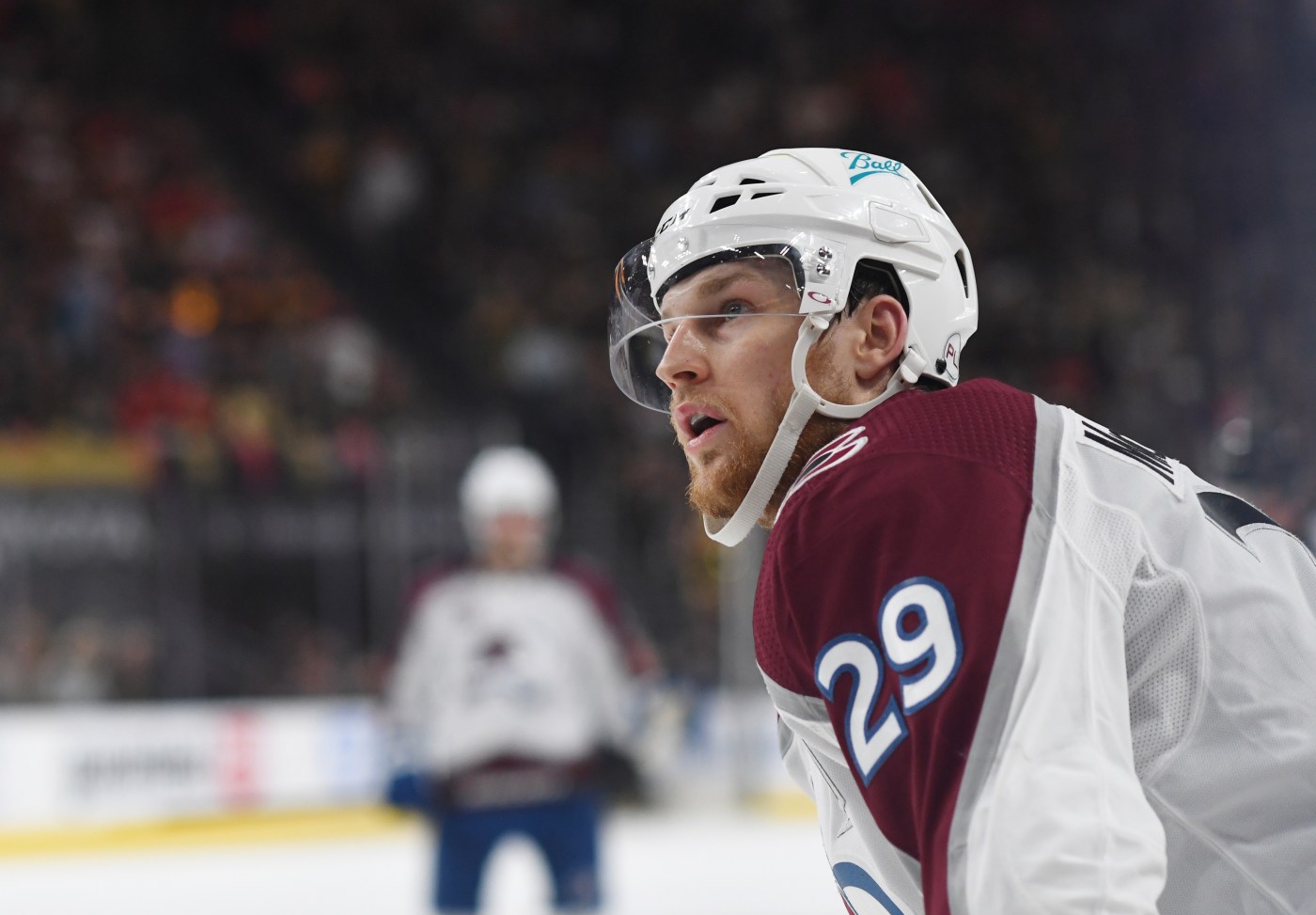 LAS VEGAS – As the Avalanche team he built again crumbled in the NHL playoffs under the rubble of unfulfilled potential, antsy general manager Joe Sakic had trouble staying in his seat at T-Mobile Arena.

Colorado crapped out in Vegas, losing 6-3 to the Golden Knights here late Thursday.

Hey, Super Joe. We all feel your pain. So pardon me if this is too soon to ask:

How much longer are you going to just stand there as your oh-so-pretty Avs repeatedly fail in their quest for the Stanley Cup because they’re not gritty enough?

So let’s allow 24 hours of mourning for a team just beautiful enough to break your heart.

Then Sakic needs to look in the mirror and admit major changes need to be made before this group can win a championship.

Nathan MacKinnon, who will turn 26 years old before the Avs next take the ice, is no kid anymore.

“I’m going into my ninth year and I haven’t won (bleep),” MacKinnon said.

It would be a crying shame if the Avs waste one more season before giving MacKinnon a real chance to win a ring. At this point in his career, MacKinnon’s frustration brings back hints of deja vu for those of us old enough to remember John Elway’s early years as the Broncos quarterback.

I asked MacKinnon what Colorado needs to do in order to get over the hump.

But isn’t it obvious what Sakic needs to do?

It starts with the dismissal of coach Jared Bednar. When he needed to make strategic adjustments, Bednar instead tried to shame his players into fighting for every inch of ice. The problem? These Avs are lovers, not fighters. They are pageant material, not championship material.

After three consecutive exits during the second round of the playoffs, it’s time to admit Bednar doesn’t know how to manage a crisis when inevitable playoff adversity sounds the alarm.

Goalie Philipp Grubauer deserves a polite golf clap as a Vezina Trophy finalist. But instead of saving the Avalanche’s bacon in Game 6, he threw teammates into the fire. Allowing five goals on 22 shots (not counting the final empty-netter) in an elimination game? That’s simply unacceptable.

After taking a 2-0 lead in this series, Colorado got swept away in no small measure because goallie Marc-Andre Fleury has the right stuff to win a championship. The Avs haven’t been blessed with that goalie since Patrick Roy left the building.

The Golden Knights scored their first goal on a floater from the blue line by defenseman Nick Holden. It was a puck Grubauer could’ve easily stopped if his concentration hadn’t momentarily left the building to take a selfie with a showgirl on the Vegas strip.

The late, great Pierre Lacroix served as Sakic’s mentor. Father Pete could be ruthless in his evaluation …read more

The Avalanche and Vegas Golden Knights meet for Game 4 of their second-round playoff series on Sunday at T-Mobile Arena in Las Vegas. Three keys for Colorado, which leads 2-1: 1. Compete. This should be a given at this time of the year but the Avs lacked intensity in Game 3 and coach Jared Bednar […]

Having survived the second period trailing only 2-0, the Vegas Golden Knights knew they were fortunate, but also knew they had 20 minutes to rally. They did just that — quickly, leading to overtime, which they won — quickly. Two goals in a span of 3:04 in the third period erased the Avalanche’s lead and […]