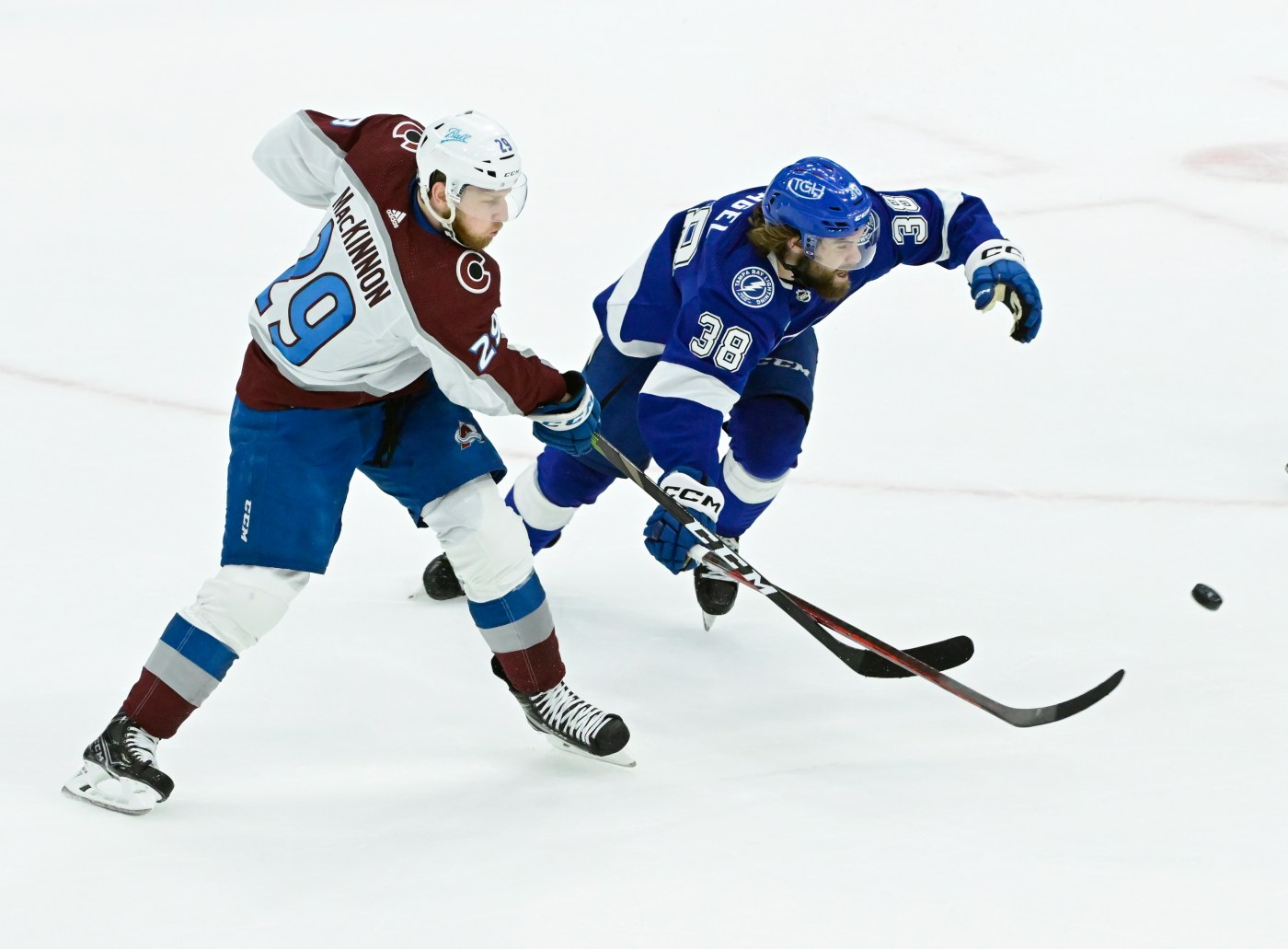 TAMPA, Fla. — On the ice, Nathan MacKinnon could always fly. But like Peter Pan, he refused to grow up. A hockey genius when admired from a safe distance. But up close and personal, the enfant terrible of the Colorado locker room could be extremely hard to live with.

“He’s still hard on himself and others. I think that’s part of what makes him so good,” veteran Avalanche defenseman Erik Johnson said Tuesday.

Like many wizards, MacKinnon can display zero tolerance for the human fallacies and failings of the muggles around him. Truth be known, his impatience can make MacKinnon a royal pain in the butt.

From his explosion on the NHL scene as a teenager, skating around defensemen as if they were traffic cones, MacKinnon was a boy wonder on skates. But it’s also fair to say when the going got tough in the playoffs, Kid MacK tended to get frustrated, lost trust in less-talented teammates and got surly when pretty championship dreams fell apart.

After Colorado got rudely bounced from the playoffs by Las Vegas a year ago, MacKinnon snapped: “I’m going into my ninth year and I haven’t won (crap).”

Now, at age 26, when the Avalanche needs him most, is he finally man enough to lead Colorado teammates to the Stanley Cup?

MacKinnon, however, is struggling to put the biscuit in the basket against Tampa Bay. He has two assists and no goals in three games versus the Lightning.

With goalie Darcy Kuemper having as much trouble finding the puck as a guy fumbling for the bathroom light switch in the pitch black of 3 o’clock in the morning, the Avs need somebody else to show them a path to the NHL championship.

All of a sudden, after a 6-2 thrashing by Tampa Bay in this best-of-seven series, the Stanley Cup Final is no longer a day at the beach for Colorado. With shaky goaltending, the Avs have never been more desperate for their perennial MVP candidate to be their best player.

Avs’ Devon Toews on Nikita Kucherov injury: “I’m not trying to hurt anyone out here”

St. Andrew’s alum and Memphis forward Josh Minott may not be heading to the team that selected him in the second round of the NBA draft, but he is turning pro all the same. Minott is heading to the Minnesota Timberwolves after they traded for his draft rights on Thursday night. The 19-year-old Minott was […]