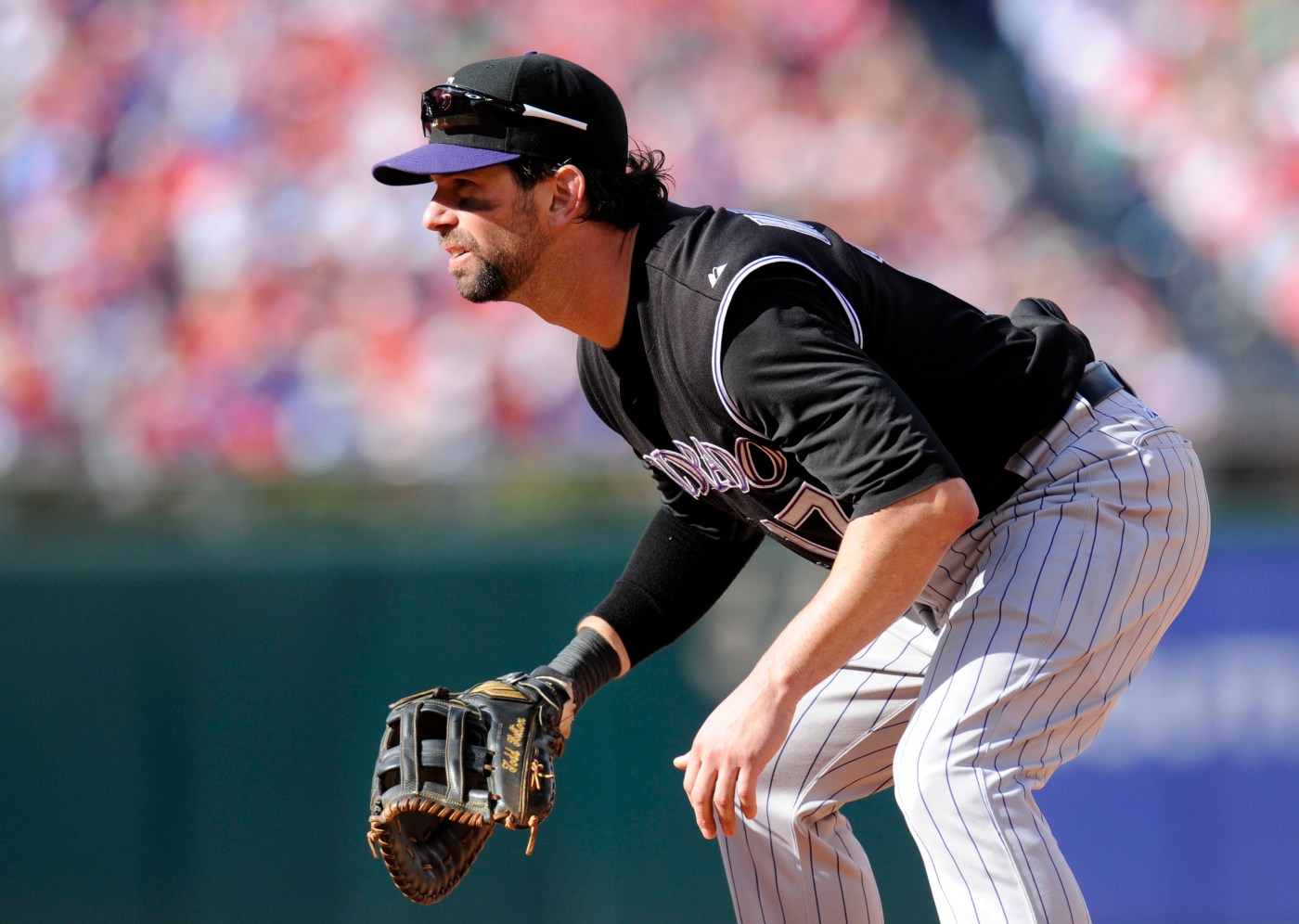 Todd Helton got robbed. But at least the offenses are down to misdemeanors now.

You kidding me? Eleven? Eight reportedly came from Baseball Hall of Fame electors who turned in blank ballots as a middle finger to the hopefuls — as well as, presumably, to rainbows, daisies, and puppy dogs everywhere.

Rolen got let in past the velvet rope to Cooperstown Tuesday. The other guy’s still waiting.

He won’t be waiting long.

Helton got absolutely, unequivocally robbed. Yet for The Toddfather, history tells us, a lot of the heavy lifting was in zipping to the front of the line. The Rockies icon jumped from appearing on 52.0% of the Hall’s ballots in January 2022 to 72.2% of them this year, a leap of 20.2 percentage points. The magic number for induction is 75%.

Yet 72.2%, while cruel, also turns out to be a pretty good benchmark when it comes to knocking on the door. Since 1946, eight different MLB players appeared on 72.0-72.9% of the ballots for the Hall of Fame. All eight received enough votes for induction the very next year.

The Curse of Coors? Kaput. The Blot of Blake Street? Toast. The Plague of Purple Pinstripes? Washed. The Mile High Mark? Cooked.

Holding Coors FIeld against Helton is like holding the blue against a Rocky Mountain Columbine. The man raked. He raked everywhere. In 2000 and ’01, he became the only man in MLB history to produce at least 100 extra-base hits in consecutive seasons.

If you’re one of those Ebenezer Scrooges who prefers to send back a blank ballot, check the numbers. If you still discount the obvious — a .316 lifetime average; a career .953 OPS; 2,519 career hits over 17 seasons with the same franchise — because of the altitude, then dig deeper.

The continued argument against Helton was that his overall statistics were inflated by thin air and by the bouncy balls at the turn of the last century. Yet according to FanGraphs.com, from 2002-13, Helton’s final 12 seasons in a Rockies uniform, he produced a Weighted Runs Created Plus season (WRC+) of 125 or better on the road — 100 is average, so 125 is 25% better than his peers — seven different times. Including a 123, 23% better than his peers, in 2011, at the age of 37.

If you won’t take FanGraphs’ word for it, Mr. Blank Ballot, then would you lend an ear to Baseball-Reference.com? Among the site’s swath of fun, rabbit-holing tools is its Neutralized Data Finder, a way to compare players and teams regardless of their eras or ballparks.

It was what it hadn’t been between these teams for a while: Miami Heat vs. New York Knicks with meaning. With the Heat entering with a two-game lead over the Knicks for the sixth and final automatic playoff spot in the Eastern Conference, it might not exactly have rekindled memories of Jeff Van Gundy hanging […]

The symmetry between Miami Heat forward Caleb Martin and twin brother Cody Martin of the Charlotte Hornets has always been stark. Same high school, same collegiate start at North Carolina State, same collegiate finish at Nevada, same NBA start with the Hornets, with each signing a three-year free-agent contract in July. And now, brothers in […]

Perspective. The big picture. Dealing with both success and failure. Mikaela Shiffrin did a lot of soul searching after she didn’t win a medal and didn’t finish three of her five individual races at last year’s Beijing Olympics after entering the games amid enormous expectations. Her takeaways? “Accept a little bit more that sometimes things […]