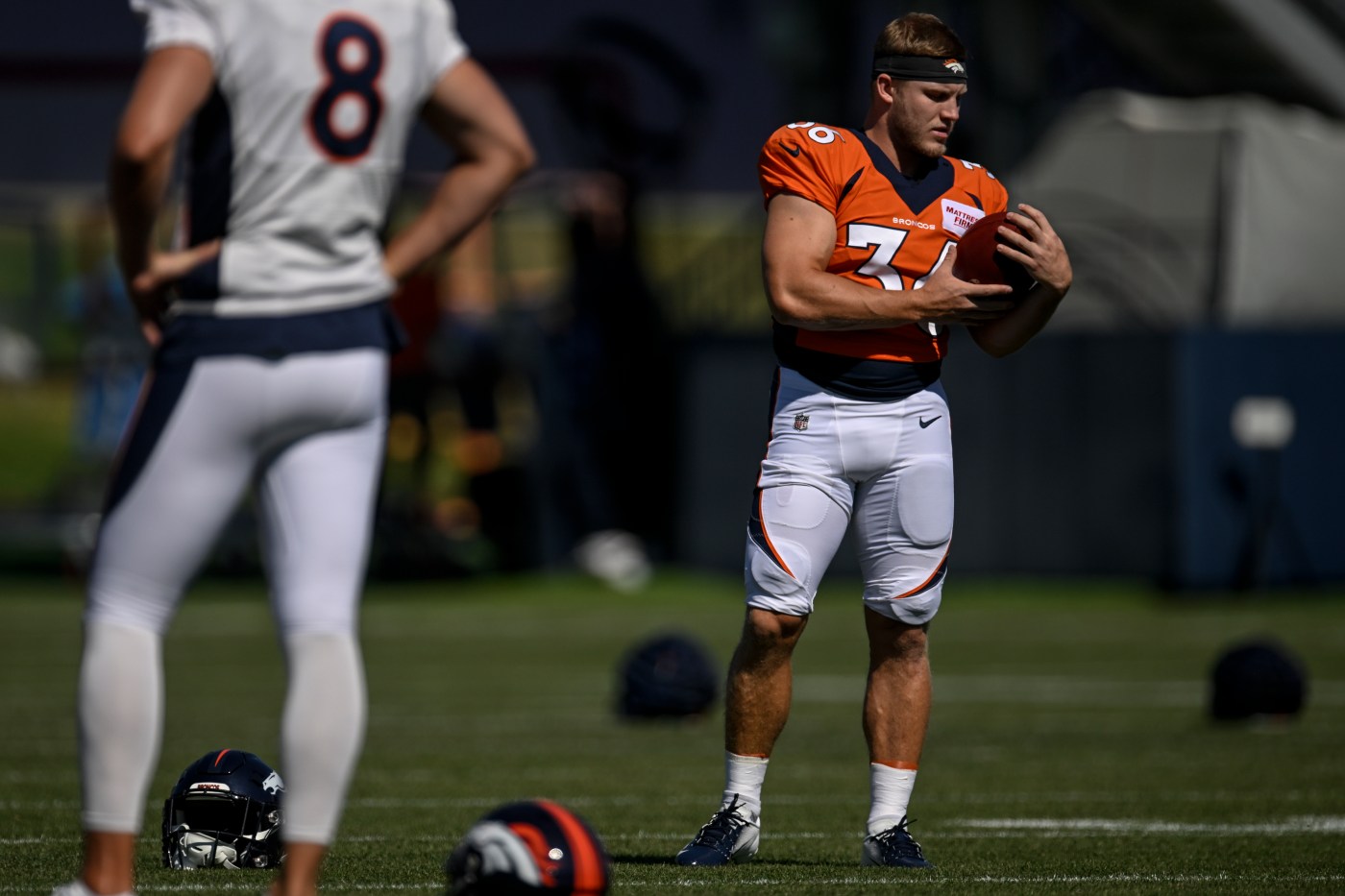 Can Phillip Lindsay lightning strike twice in the same place? Come on, NFL gods, make it happen. Give us this one.

“He’s just so ecstatic that he’s here,” Steve Borghi told me by phone Thursday, just after his son Max, the state-champion tailback at Pomona High School and Denver Post Gold Helmet winner, had wrapped up his first preseason practice as a Denver Bronco.

“That whole Phillip Lindsay thing repeats. He just wants his moment to try and shine and make some big plays and go at it.”

Cut the kid open, he bleeds orange and blue.

Max was 15 when he attended the last Broncos Super Bowl victory parade downtown. A poster of Peyton Manning hung from the wall in his room. He was one of those whippersnappers in that autograph line at UCHealth Training Center, hoping to bring a piece of his heroes back home with him.

“I did come out here once with my buddies,” Borghi, the Arvada kid who signed a free-agent contract Wednesday with the Broncos, admitted with a grin. “I actually have a little mini football. I don’t even remember what year it was, but we’ve got all the autographs on it (from the Broncos). It’s sitting somewhere in my closet.”

On Thursday, he was on the other side of the rope, running routes, pitching in on punt coverage and learning the NFL ropes on the fly.

“Really, whatever my opportunity is, I don’t care. I just want to get on the field, no matter if it’s special teams and scout team, whatever it is. I’m grateful to be out here. I love football and … I’ve got to just take advantage, every single day because you never know when it could be your last chance.”

A chance — a look — is all Borghi’s asking for at this point. Undrafted after running wild at Wazzu (41 touchdowns in 39 collegiate games, where he averaged 6.3 yards per scrimmage touch), the 5-foot-10, 197-pound tailback is hoping he can follow in the footsteps of Lindsay, the ex-Denver South and CU tailback who surfed the chip on his shoulder all the way to the Pro Bowl. The former Buff raised the bar for college free agents, rushing for 1,097 yards and nine touchdowns as a rookie in 2018.

“(During) the whole process. I’ve been talking to him,” Borghi said of Lindsay, with whom he’d been working out at Landow Performance, waiting for the phone to buzz. “Even before I ended up in Indianapolis (after the draft), and he told me just kind of how it went and his role.”

Borghi signed a free-agent deal with the Colts this past April 30. In a slice of cold irony only the NFL could serve, Indianapolis turned right around on May 18 and waived Borghi in order to sign Lindsay to …read more

The Chicago White Sox did not add a bat at the trade deadline. But the team’s erratic offense clicked Tuesday, as José Abreu and Gavin Sheets homered while Eloy Jiménez drove in four in a 9-2 victory against the Kansas City Royals. Jiménez paced the Sox with three of the team’s 14 hits in front […]

Chicago Cubs are set to play the St. Louis Cardinals in London next year after 2020 series was canceled by the pandemic

The Chicago Cubs are finally heading to London. They were initially scheduled to play the St. Louis Cardinals in London during the 2020 season before the pandemic canceled the series. Major League Baseball announced Thursday that the Cubs and Cardinals will play in the London Series on June 24-25, 2023, at London Stadium. “The MLB […]

With an infield logjam and an eye on future, the Chicago Cubs option David Bote to Iowa and aim to prioritize younger players

Something had to give. The Chicago Cubs’ deficiency of infield options, further strained by the lack of position-player trades leading up to Tuesday’s deadline, left manager David Ross mixing and matching lineups to try to find at-bats. The Cubs didn’t suddenly gain a bounty of flexibility like last year, when one-third of the opening-day roster […]