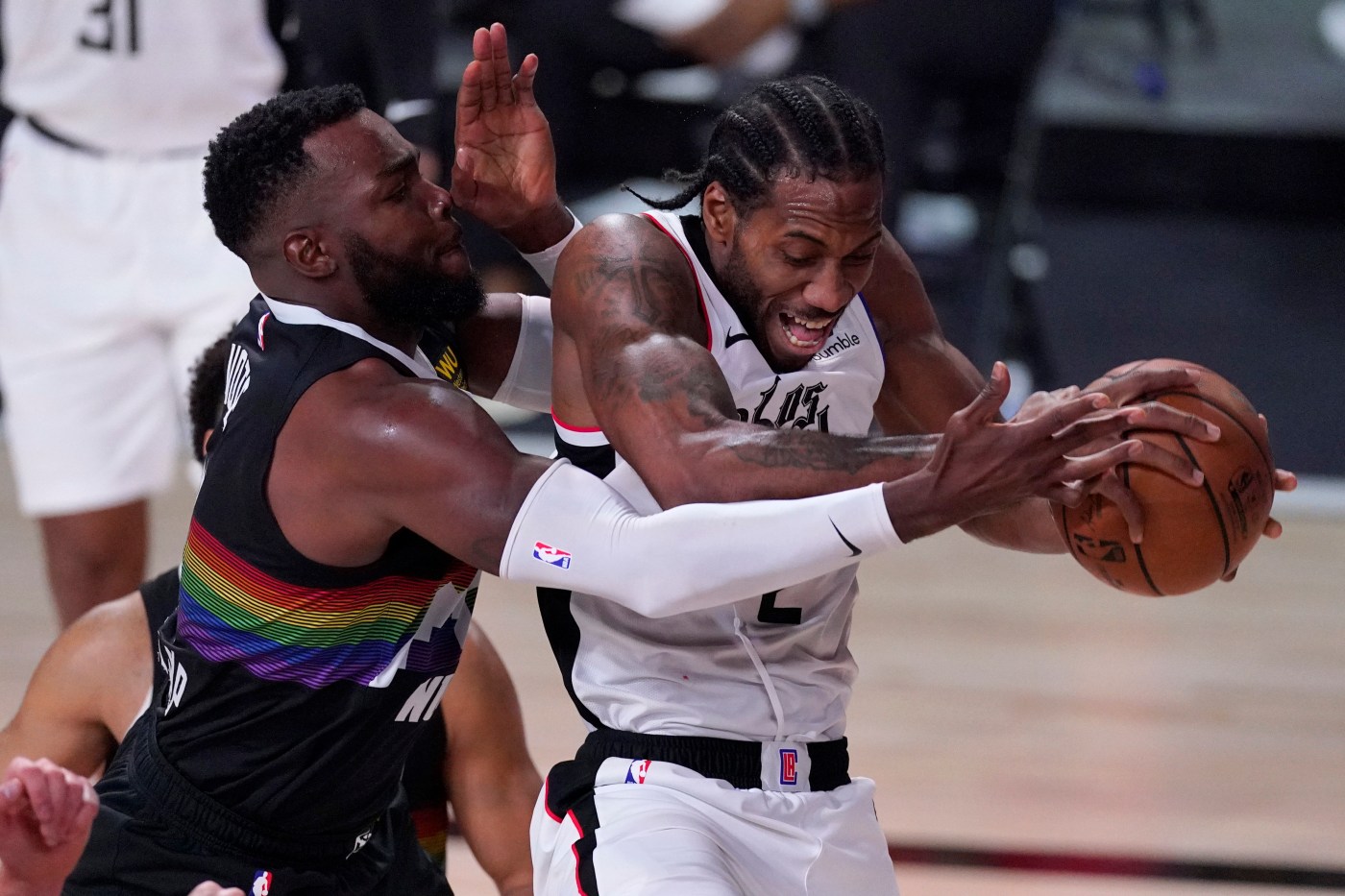 Look, we chainsawed its guts. We cut off its head. We read the incantation from the book twice. So why is this zombie still walking? The look on Kawhi Leonard’s face Sunday was a little like the “final girl” from horror films when the big baddie gets dismembered and just won’t stay, ya know, dead.

The Nuggets are suddenly Freddy Krueger, the nightmare that never ends. And a reporter after Game 6 asked Leonard, one of the best players of his generation, if his Los Angeles Clippers were choke artists.

“Just went cold,” the Claw replied, softly, after the Nuggets stunned the Clips for a second consecutive playoff victory behind a second straight second-half flurry, forcing a Game 7 in the Western Conference semifinals. “We went cold in that third quarter. That’s it. We kept getting to the paint, passing the ball. Got a little stagnant and just couldn’t make shots.”

Even if it isn’t a choke, the Clippers are finding the Nuggets awfully hard to swallow right now. And harder, still, to put away. Denver outscored Los Angeles 18-6 over the final seven minutes of the third period. The Nuggets then won the fourth, 34-19, pulling out a 111-98 victory that pushed all the chips to the center of the table Tuesday night.

“(There’s) pressure every game,” said Leonard, who finished with 25 points and eight boards but didn’t make a field goal in the third period. “Obviously, nobody wants to go home.”

Yeah, but the Nuggets know this part of the neighborhood by memory now. According to ESPN Stats & Information, Denver is the first NBA team to play in four straight Game 7s. And the first since 1997 to come back from at least 15 points down in three different elimination playoff contests.

Meanwhile, Tuesday will be the first time Kawhi will have to play in a Game 7 after leading a series 3-1. And teammate Paul George has never won Game 7 of a postseason series that saw his squad let a 3-1 cushion slip away.

“We’re still in the driver seat. It’s not a panic mode,” said George, who netted a team-high 33 points. “We have a Game 7. I like our odds with our group. We put ourselves in this position. And it’s on us to get ourselves out of it.”

Denver is 5-0 in elimination games inside the NBA bubble, 6-1 over the past 18 months. The Nuggets look like they love the way the wall feels against their backs. The Clippers look like someone just ripped their guts out with a rusty crowbar.

Keeler: The Broncos are back. And this one’s for the fans — doctors, nurses, firefighters — who are the real MVPs of 2020.

Keeler: Kawhi Leonard broke the Nuggets’ spirits. Could he be …read more

Kiszla: How should cute, little Nuggets fight back against big, haughty Lakers? One sharp elbow at a time.

We are sensimilla mellow and soft as jello here in Colorado, so I would never suggest the Nuggets begin an NBA playoff game with a hockey fight. But if Nuggets forward Paul Millsap, whose most notable athletic ability at age 35 is raw man strength, doesn’t knock Lakers star Anthony Davis or L.A. knucklehead Dwight […]

Kiszla: The best Broncos can hope to get from this lost NFL season is Clemson quarterback Trevor Lawrence

Can somebody please find coach Vic Fangio a mask he likes, maybe something with orange and blue spangles, so Uncle Vic won’t get docked another $100,000 in fines? As long as you’re up, would you mind also grabbing me a blindfold? These beat-up Broncos are done at 0-2. I’ve seen enough. But like momma always […]

Here’s a look at how various publications rate the Broncos in their power rankings entering Week 3: Bleacher Report (No. 25): “If the season gets away from them (again), the Broncos could face some tough decisions regarding their head coach and quarterback in the offseason.” CBS Sports (No. 24): “With Drew Lock out 2-6 weeks […]