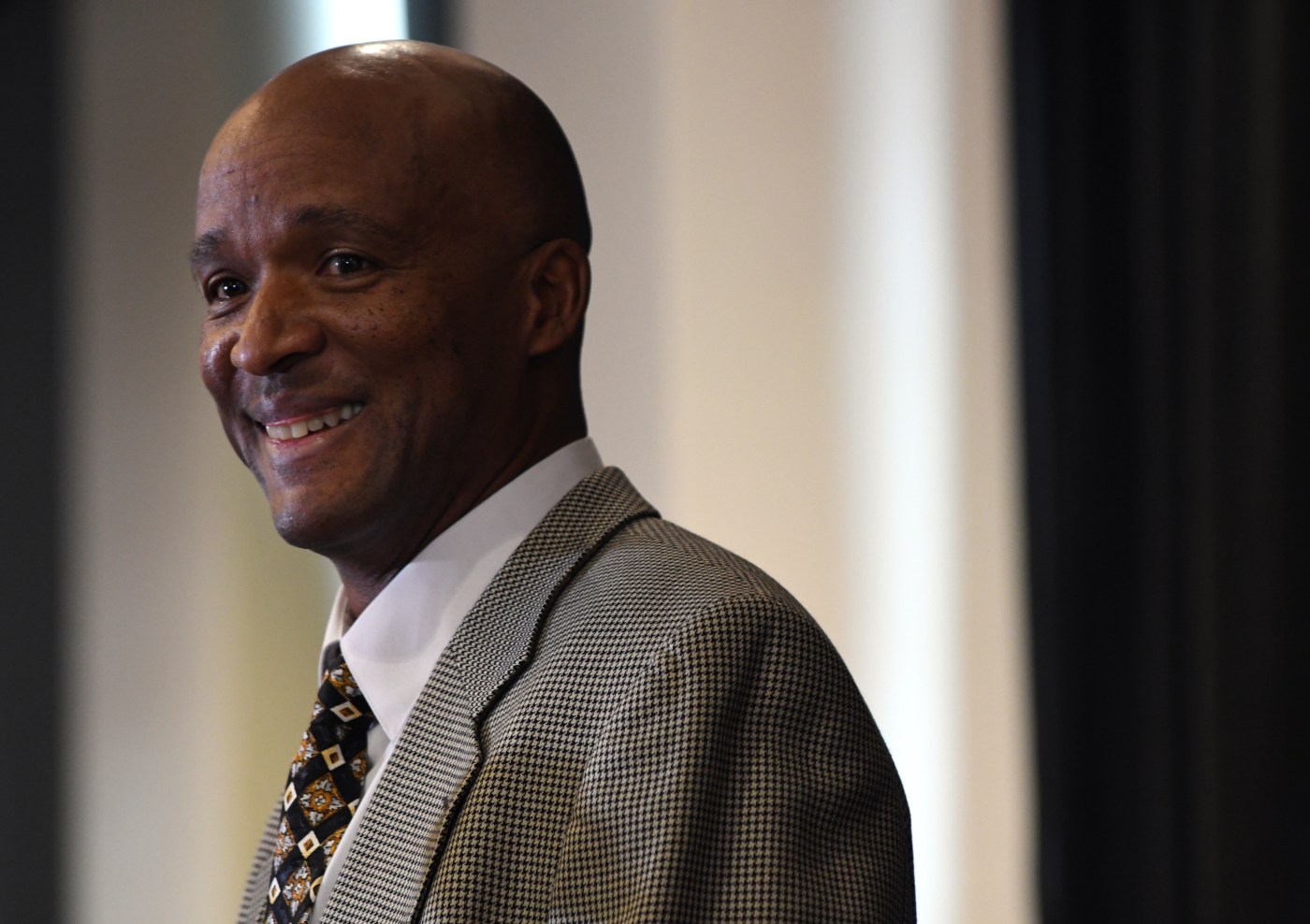 Patrick Cowan ain’t buyin’ that one, Karl Dorrell. Not with Bill Gates’ credit cards. No chance.

“There’s no way it’s just a regular game again,” laughed Cowan, who played quarterback under Dorrell, the Buffs’ first-year football coach, at UCLA from 2004-07. “We’ll see if he has any trick plays up his sleeve on the first play. Why not go for a trick play in your first game?”

Especially when that first game is against your former employer? Your alma mater? The job you said was a “dream of mine” when you first took it back in December 2002? The same dream that wound up breaking your heart?

“I would say, ‘No,’” Dorrell opined late last week when asked about lifting the lid on Nov. 7 against UCLA, the last school to employ him as a college head coach.

“I don’t think my approach is any different in this game than it would be for any of our division opponents. So it’s a division opponent that we’ve got a chance to beat and get ourselves in a good position after the first week.”

“Yeah, it can’t just be a normal game, no matter what,” Cowan continued. “But that’s why you want a level-headed person, still saying those right things in the right moments. Not making it about him.”

But it is. And it will be, whether he wants it to be or not.

UCLA was 35-27 under Dorrell over five seasons. If he averages seven wins a year at CU, they’ll erect a statue of him outside Folsom Field and stick it right next to the one of Ralphie.

Of course, Dorrell went 1-4 head-to-head against Carroll, in the one contest the denizens of Westwood cherish the most. He also was 1-3 in bowls. His best squad, a 2005 roster that boasted Maurice Jones-Drew and Marcedes Lewis, took a 9-1 record into the regular-season finale with Carroll and SC. The Bruins got housed at the Coliseum, 66-19.

The Men of Troy went to the Rose Bowl to face Texas in what would become the high point of Vince Young’s existence. UCLA drew Northwestern in the Sun Bowl.

“I would say there’s no special significance,” Dorrell stressed. “It’s been a while — 13 years, I guess, since I was on that sideline. We’re treating it just as our first game of the year.”

Yeah, but there’s 1-and-0, and there’s Sticking It To The Bruins Bloggers That Danced A Jig On My Grave 1-and-0.

Cowan knows what’s coming. He’s lived it. The signal-caller was a fifth-year senior with the Bruins in 2008, although a knee injury soured his short tenure with Rick Neuheisel, Dorrell’s successor. The …read more

Never before have NFL teams gone for 2-point conversions as often as they have this season, even if the decision sometimes has backfired. The 58 attempts through six weeks are the most at this juncture of the season since the NFL adopted the 2-point conversion in 1994. Going for 2 was a big part of […]

New Avalanche winger Brandon Saad is of Syrian descent and might not have become a hockey player if the Pittsburgh Penguins weren’t winning championships in the early 1990s. Born in the Steel City in 1992, Saad came into the world about four months after the Penguins won the Stanley Cup for the second consecutive year. […]

ARLINGTON, Texas — The Los Angeles Dodgers celebrated as Cody Bellinger’s drive soared deep into the Texas night. Bellinger flung his bat off to the side and strutted up the first-base line. All the way to the World Series. Bellinger hit a tiebreaking solo homer in the seventh inning, and the Dodgers advanced to the […]