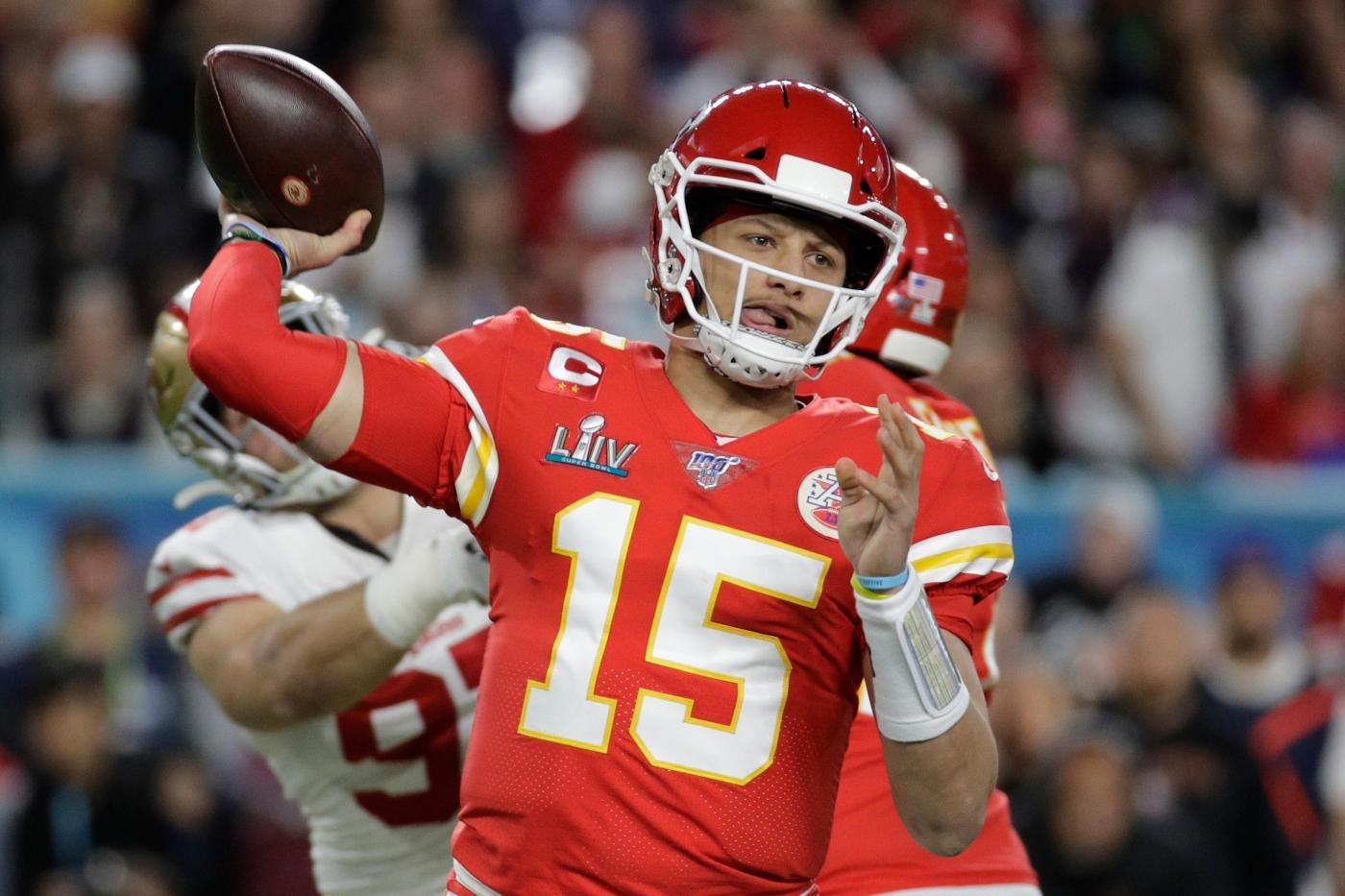 Offensive play-caller: Former CU running back and assistant coach Eric Bieniemy is the coordinator, but Reid has called the plays for his entire head-coaching career and has been correctly lauded by fashioning his offense to his quarterback’s skills, be it Donovan McNabb or Michael Vick in Philadelphia, or Alex Smith and Patrick Mahomes in Kansas City. Despite calling the plays, Reid has sent former coordinators Brad Childress (Minnesota), Doug Pederson (Philadelphia) and Matt Nagy (Chicago) to NFL head-coaching posts.

The Chiefs traded up in 2017 to draft Mahomes and then had him watch Smith for a season. Smith was flipped to Washington and Mahomes was handed the keys to Reid’s dynamic offense.

Mahomes is the most fun player to watch in pro football because of his arm, his variety of throwing angles and his ability to extend plays.

Helping the quarterback: In 2013, the Chiefs drafted tight end Travis Kelce in the third round and he has four consecutive years of at least 83 catches and 1,030 yards receiving.

In 2016, they drafted receiver Tyreek Hill in the fifth round after he tumbled down the board because of off-the-field issues. Hill is one of the game’s best home-run hitters (14.6 yards per catch) and knows where the end zone is located (36 total touchdowns in 59 games). After Hill, the Chiefs added receiver Sammy Watkins in 2018 and drafted Mecole Hardman in the 2019 second round.

The Chiefs used this year’s first-round draft pick on running back Clyde Edwards-Helaire, who will be an instant threat as a receiver (55 catches last year at LSU).

The other plus for Mahomes: He has stability on the edges in left tackle Eric Fisher and right tackle Mitchell Schwartz

Duvernay-Tardiff, the Chiefs’ right guard, and Williams, their running back who rushed for 107 yards in the Super Bowl, both opted out of the season. The Chiefs moved quickly to sign former Raiders guard Kelechi Osemele to replace Duvernay-Tardiff. Osemele, 31, has 96 games of NFL starting experience and was named to the Pro Bowl in 2016-17.

Before Williams opted out, the Chiefs drafted Edwards-Helaire. He joins Darwin Thompson and Darrel Williams in the backfield.

2. Does Reid want the offense to be more balanced?

Question: Why didn’t Broncos coach Vic Fangio use any of his timeouts as Tennessee was moving into position for the game-winning field goal? Answer: Yikes, how Fangio handled the final two-plus minutes certainly left him open to criticism because it’s not like a coach can carry over timeouts to the next game. By my look, […]

The Giants on Sunday placed right handed reliever Trevor Gott on the 10-day injured list with right elbow inflammation. The transaction is retroactive to Sept. 10. In a corresponding move, right-hander Rico Garcia was recalled from the Giants’ alternate training site in Sacramento. For today’s doubleheader with the San Diego Padres, Daniel Robertson was designated […]