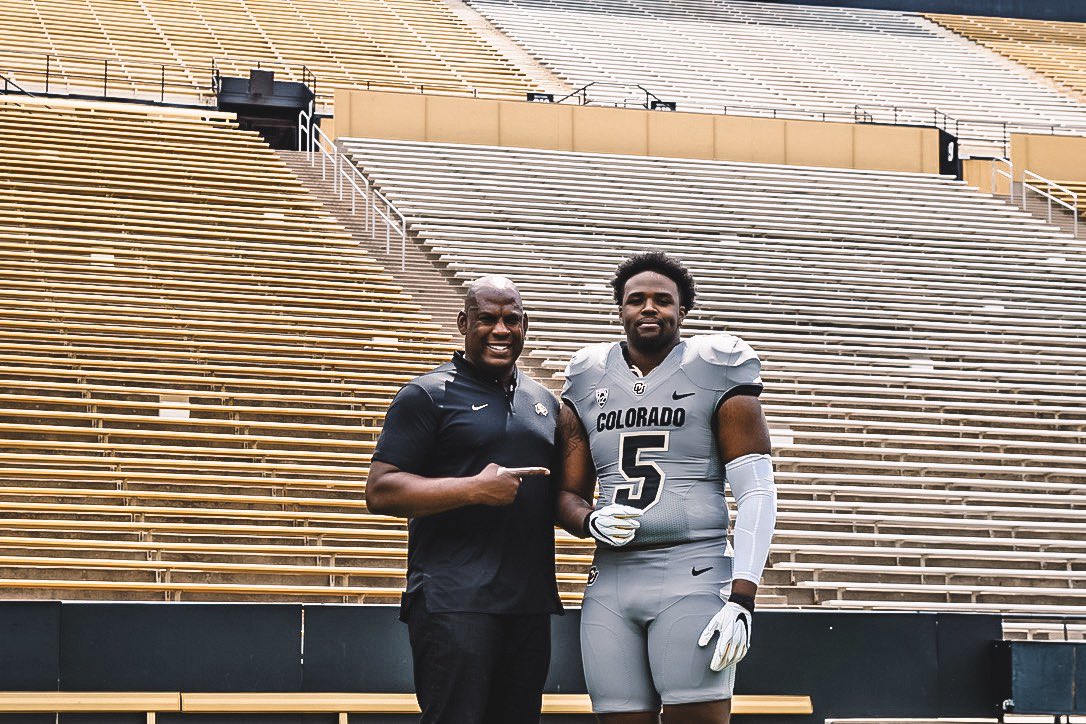 A defensive end from Northwest Mississippi Community College, Jackson had committed to Colorado in June, but picked up several other scholarship offers after that. Most notably, West Virginia tried to pry him away from the Buffaloes.

“Colorado, they’ve been my first decision since I went on my (official visit), and I just stuck with it,” said Jackson, who signed his letter of intent on Dec. 18. “I know West Virginia came late in my recruitment and they wanted to change my mind, but my heart was always with Colorado. I’m glad to be a Buff.”

The Buffs are glad, too, and Jackson will officially join the team when he enrolls in school this month.

“I’m super excited,” he said. “I’m ready to start a new chapter in my book and get used to being away from my family. I’m just excited to start something new with coach Tucker.”

Getting Jackson to sign was a win for head coach Mel Tucker and his staff, which knew they’d have to fight for Jackson.

“It was a battle, not just here towards the end, but all the way through to deal with him because he’s a good player,” Tucker said in December. “Everybody else wants the same guys (as Colorado), too, but he saw the culture; he felt it. He saw the vision, and he wanted to be a part of it. He’s all in with us and we’re all in with him, and it was like that from the very beginning. (Defensive line coach) Jimmy Brumbaugh did a great job in his recruitment.”

At 6-foot-2, 280 pounds, Jackson fits right in with CU’s efforts to increase the talent, depth and size on the defensive line.

CU isn’t the only school in need of that type of skill set. Jackson also had offers from Auburn, Houston, Memphis, Southern Mississippi and other schools.

As his recruitment began heating up last spring and summer, Jackson took a heavy class load so he could graduate in December and enroll at a new school in January.

“It was a lot of work, but life is hard and you’ve got to learn how to get through those tough battles,” he said.

Now, he’s excited for his next battle, at CU.

Here’s the ex-Broncos, plus former local players and coaches, still alive in the NFL playoffs

How No. 5 DU hockey busted slump with 4-game win streak: “Our team has gotten a little bit of its swagger back”

A simple New Year’s resolution awaited the DU hockey team following a much-needed holiday break. “Dig ourselves out of the hole we put ourselves in during late November,” coach David Carle said. Expectations for the Pioneers peaked early with a unanimous No. 1 ranking prior to an eight-game span with one win, four losses and […]

It’s said that the apple never falls too far from the tree. But in the case of 49ers head coach Kyle Shanahan and his dad, two-time Super Bowl champion head coach Mike Shanahan, that apple is actually rolling way from the tree. “When I first became a coach all I wanted to do was throw […]