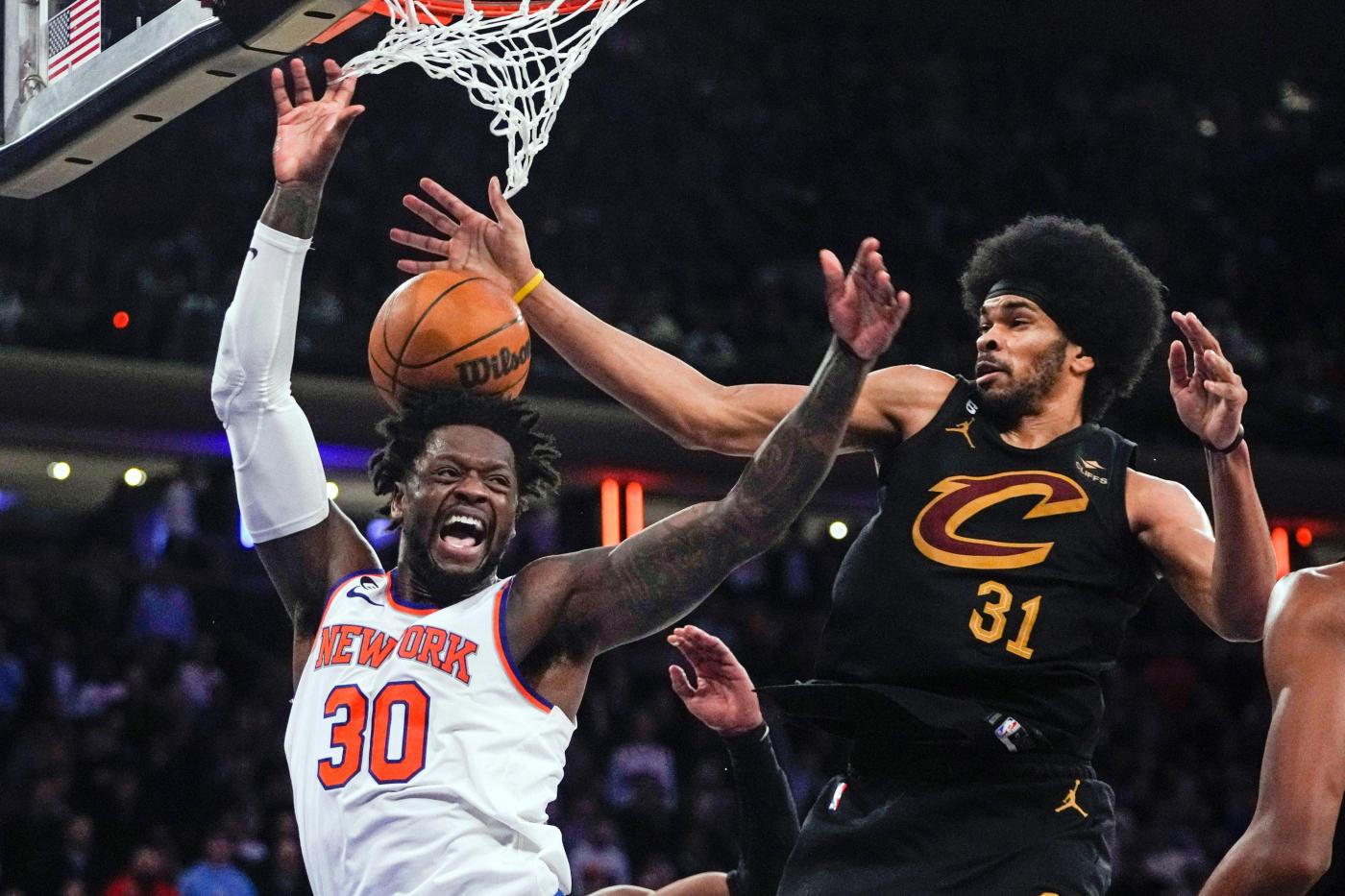 Isaiah Hartenstein heard the word from his coach so many times it stuck in his brain on the final possession.

It’s hands up on a contest, arms raised vertical, preventing the shot without fouling. And on Tuesday night, Hartenstein did Tom Thibodeau proud.

“Thibs screams it all the time, ‘Verticality. Verticality,’” Hartenstein said. “So that was going through my head, just being vertical. No matter what he does, try to dunk it. Be vertical. If he tries to do what he did, tries to get a foul. My main thing was being vertical.”

Hartenstein’s defense stopped Donovan Mitchell’s drive in the final seconds of the Knicks’ 105-103 victory, providing the backup center a highlight to counter much of his struggles this season. It was especially noteworthy because the opponent was Mitchell, the All-Star who the Knicks tried and failed to acquire in the offseason via trade.

Mitchell’s presence was a reminder to fans of what the Knicks missed. And he was shoving it in their faces while leading a fourth-quarter comeback at Madison Square Garden.

But the hero wasn’t Mitchell. It was Hartenstein and Julius Randle.

“We dropped a few that we felt like we obviously should win, but for us to respond like that, obviously it’s a tough matchup with Cleveland. It was great,” Randle said.

Behind Randle’s 36-point, 13-rebound effort and Hartenstein’s block, the Knicks averted the fourth-quarter collapse and snapped a four-game losing streak.

Mitchell finished with 24 points in 38 minutes on 9 of 24 shooting but limped off the court after appearing to suffer a leg cramp in the final seconds.

The dramatic ending occurred because the Knicks squandered an 11-point advantage in the fourth quarter. Then with a chance to put the game away, RJ Barrett air-balled a wide-open trey with 15 seconds left.

That set up Cleveland’s final possession with a two-point deficit. Mitchell drove into the paint and was met at the rim by Hartenstein. Sensing that Hartenstein was too big to dunk over, Mitchell double-pumped in midair while searching for a foul.

Hartenstein’s verticality worked. It was the best moment of Hartenstein’s brief Knicks career, and a small level of redemption after he struggled for much of this campaign.

“It’s kind of what I came here for,” said Hartenstein, who signed as a free agent in the summer. “I know myself I’m not playing as good as I’m supposed to be playing. I’m kind of letting the fans down, the city down a little bit. But I’m just going to keep getting better because I know I can do it. So keep getting better and keep representing for New York.”

After the attempt around Hartenstein bounced weakly off the front of the rim, Mitchell grabbed his own rebound and threw it out to Evan Mobley, who missed a turnaround at the buzzer.

“If you put a tally in the win column, you’re always thinking you’re improving,” Jalen Brunson said. “The best thing about this game, it wasn’t the cleanest, it wasn’t the smoothest, but we found a way to grind it out and get a …read more

By CAROLYN THOMPSON ORCHARD PARK, N.Y. (AP) — Buffalo Bills player Damar Hamlin made his first public appearance since going into cardiac arrest after making a tackle against the Cincinnati Bengals three weeks ago, waving to fans from a stadium suite on Sunday as the two teams met again for an AFC divisional playoff game. […]

The challenges Orlando Magic coach Jamahl Mosley is facing now aren’t the same ones he faced earlier in the season. He and the team embraced the early-season demands but welcome the ones they’re facing now even more. The Magic (19-29) had nearly their entire roster available for Wednesday’s 126-120 wire-to-wire home win over the Indiana […]