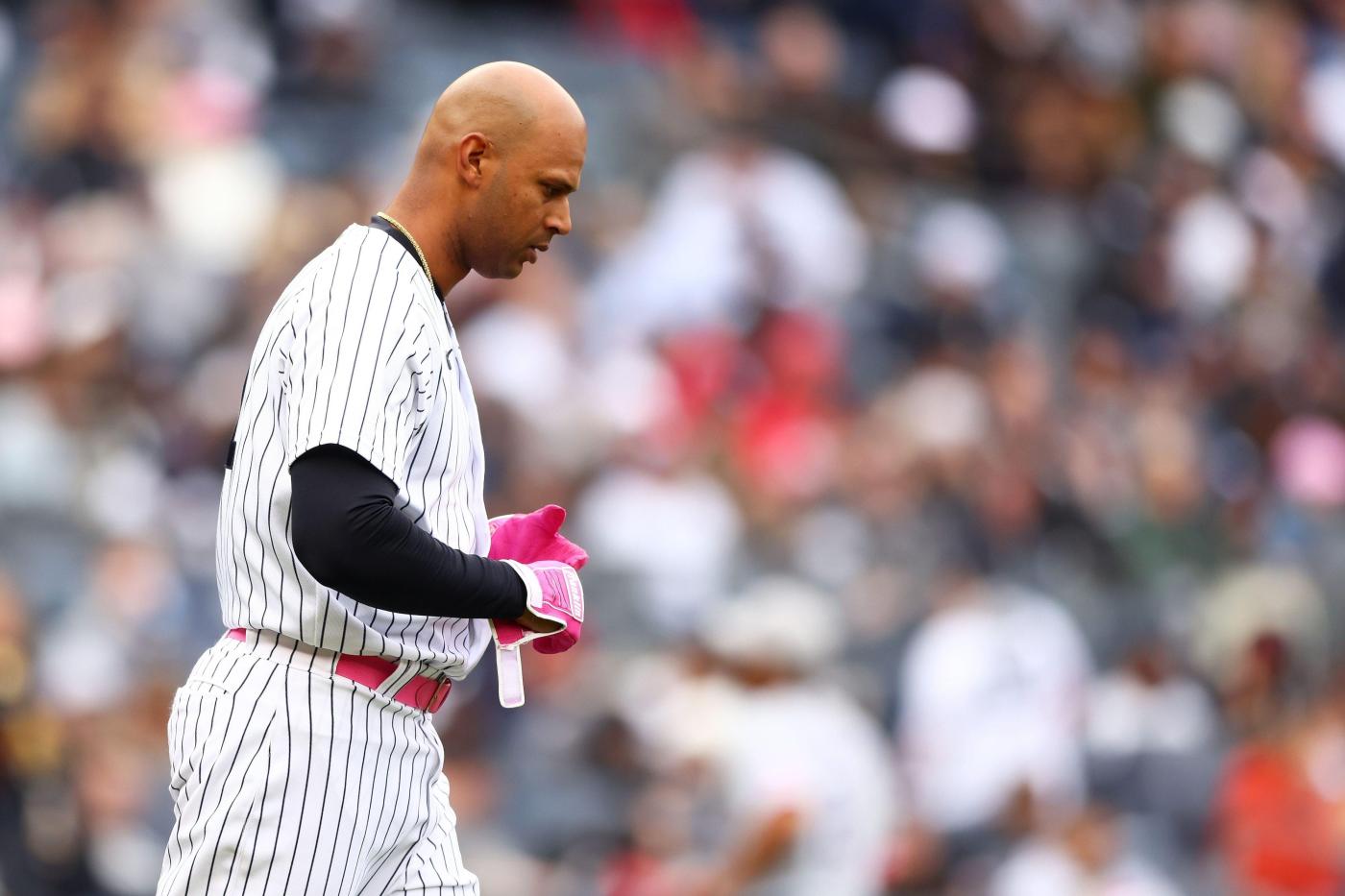 CHICAGO — Josh Donaldson isn’t winning any popularity contests here. The Yankees third baseman and White Sox shortstop Tim Anderson got into it after a physical play at third base in the first inning of the Yankees’ 10-4 win at Guaranteed Rate Field.

In the Yankees’ defensively lacking first inning, Gerrit Cole had the bases loaded with one out. The White Sox shortstop was diving back to third base on a pickoff attempt when Donaldson’s tag was hard and pushed him off the bag. After he was ruled safe by third base umpire Chris Guccione, Anderson gave Donaldson a shove as he got to his feet. “We had an opportunity to get a pick right there and I thought we were gonna get him,” Donaldson said. “It’s  a baseball play, going to make the tag, I leaned on him a little bit, not intentionally, but just going to make the tag. And obviously, he didn’t like that.

“Competitive guys, two guys competing, trying to make a play happen right there,” Donaldson continued. “We were unsuccessful, but ….Cole got us out of the inning.”

Guccione quickly got between them, but the benches cleared, bullpens emptied and there were minutes of standing around and staring angrily at each other.

“Guccione said you pushed him off the base and I said I think you’re right. I did. I think Tim might have said something. I don’t know,” Donaldson said. ” But I thought Chris made the right call, if he did come off the base. I don’t know if he did or not. I didn’t know we were trying to make a play.”

The White Sox were unhappy with Donaldson last season and that may have played a factor.

“I don’t know. You’ll have to ask them about that. At the end of the day, I’m out there trying to make a baseball player trying to get it out for our team,” Donaldson said.  “That’s all I can do.”

Last year  Donaldson allegedly said “Hands not sticky anymore?” to Lucas Giolito after homering off of him. That was in regards to MLB’s crackdown on the illegal sticky substances that pitchers were using. Donaldson also called out Gerrit Cole.

“He’s a f—ing pest. That’s kind of a classless move. If you’re gonna talk sh—, talk sh— to my face,” Giolito said at the time.

Aaron Hicks needed one. The Yankees centerfielder had been struggling going into Friday night’s game, on a 2-for-30 slide. In his first at-bat of the night, Hicks doubled and drove in a run in the Yankees 10-4 win over the White Sox at Guaranteed Rate Field.

It was Hicks’ first extra base hit since April 12, when he homered. He finished the night 1-for-4.

Hicks found himself hitting in an unfamiliar spot. He was dropped to the No.9 spot in the lineup. Hicks had not been at the bottom of the starting lineup since 2017.

Aaron Boone said it wasn’t punishment or taking the pressure off the struggling outfielder. Instead, he sees his on-base percentage as something they can take …read more

Winderman’s view: A case of shocked and awed, plus other Heat-Celtics thoughts

Observations and other notes of interest from Thursday night’s 127-102 NBA playoff loss to the Boston Celtics: – Yes, the Celtics hit 3-pointers as if they were layups. – Yes, they excelled when getting out in transition. – Yes, the offensive numbers were overwhelming in the first half, with 70 (70!) points at intermission. – […]

Willson Contreras’ hot start for the Chicago Cubs is rooted in his approach: ‘One of the most talented hitters I’ve ever been around’

When Willson Contreras came to the plate in the ninth inning Saturday, he was sporting his first three-strikeout game of the season. But that didn’t carry into his plate appearance that sparked the Chicago Cubs’ 4-2 victory over the Arizona Diamondbacks. Contreras’ eight-pitch lead-off walk against closer Mark Melancon led to a three-run ninth inning […]

With subtle swing changes and a ‘five-tool’ skill set, Jorge Mateo has locked down the Orioles’ everyday shortstop role

Ryan Fuller sees the incremental changes every day in the batting cage, the subtle tweaks to shortstop Jorge Mateo’s hand positioning, his load and his stance. They add up to a larger overhaul, but in small doses, the alterations aren’t as jarring to the Orioles’ co-hitting coach. But to Darren Holmes, the assistant pitching coach […]