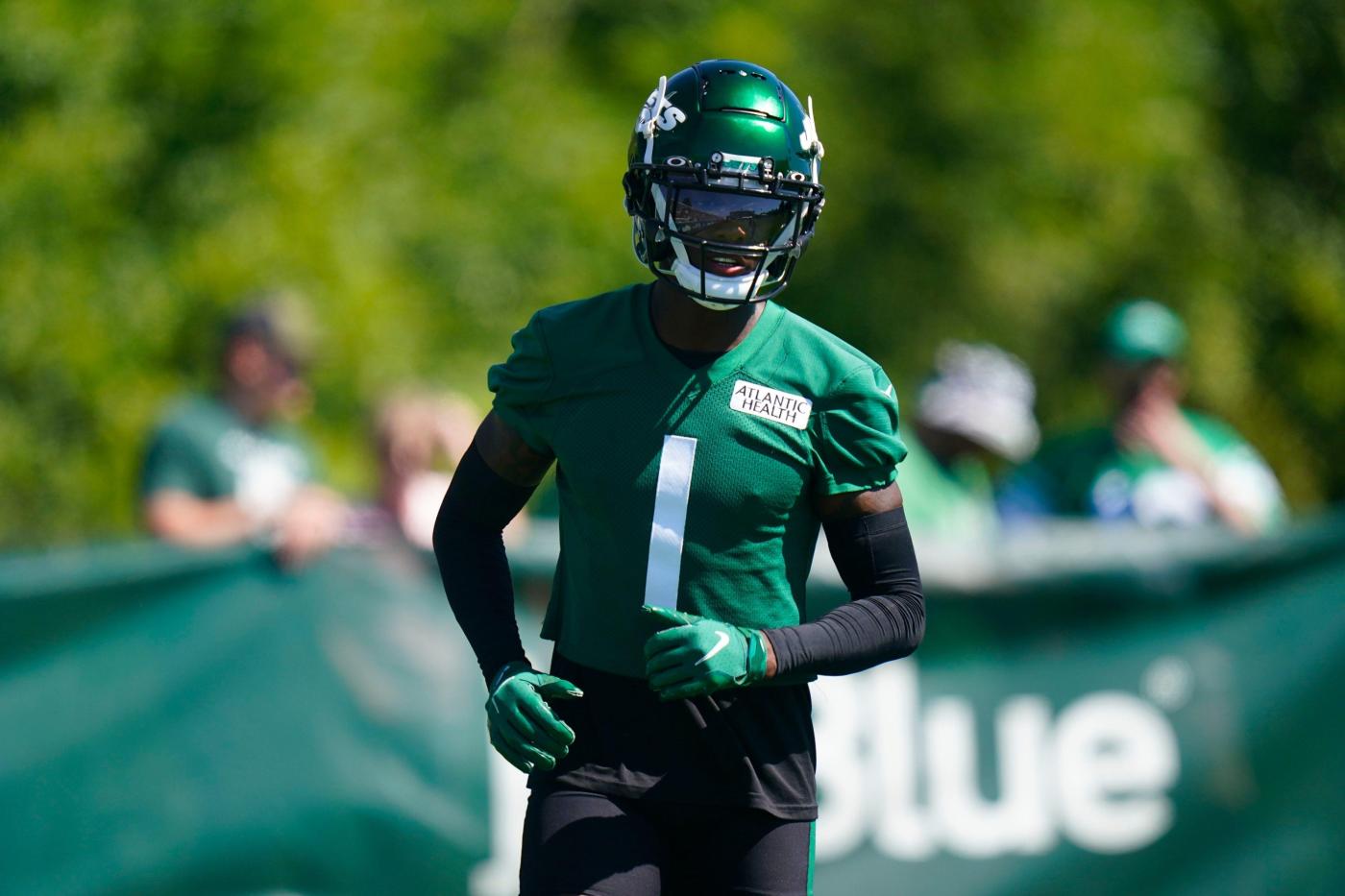 From worst to first?

The Jets’ pitiful defense ranked at the bottom last season in nearly every key category, most notably points and yards allowed, which became the largest stain on coach Robert Saleh’s rookie campaign.

With offseason upgrades in multiple positions, a repeat from Gang Green’s defense would be unacceptable. And DT Sheldon Rankins has them completely flipping the script.

“I think the expectations, to a man, have to be to be the best defense in the league,” Rankins said. “If we look at anything else or we put any other goal out there, we’re selling ourselves short. What’s the point of showing up to the race if you’re going to say, ‘Oh, third is cool?’”

It’s more of a pipe dream than a realistic goal. Rankins even acknowledged he’s simply trying to speak something into existence, referencing how Usain Bolt’s opponents wouldn’t concede defeat before the race.

Still, there are reasons for optimism. Or, at least there are reasons to believe the Jets’ defense will be much different from last year’s dud. Joe Douglas revamped the secondary with the acquisitions of Jordan Whitehead, Ahmad ‘Sauce’ Gardner and D.J. Reed. The GM added to the line by drafting Jermaine Johnson and Micheal Clemons. There are several other defensive players who weren’t around last year, including DE Jacob Martin, who was signed in free agency and carries a chip on his shoulder after being labeled a ‘situational pass rusher.’

“I’m a total football player,” Martin said. “I can do anything that I’m asked to do. I’ve played all over the place.

“I’ve played stack linebacker, I played at the edge, I played outside linebacker, I’ve played true defensive end. I’ve set big edges. I’ve made big plays in big games. So I don’t like that term. I’m a football player. I’m the total package, for sure.”

Kwon Alexander, another free agency signee at linebacker, also spoke with confidence and bravado during training camp. If nothing else, the Jets are talking like a top-5 defense.

“Once I get going, it’s going to be hard to stop me,” Alexander said. “That’s what I’m ready to do.”

It’s the time of year for hope, and the Jets’ defense can’t go anywhere but up. They were the only team last season to allow over 500 points, which was 131 more than anybody else in the AFC East. Saleh said the terrible numbers against the run, in particular, were misleading because they were skewed by big plays.

“From an efficiency standpoint we were at the top half of the league in run game,” Saleh reasoned. “Unfortunately, we gave up, we are one of the worst from an explosive standpoint which is twelve yards or more. We gave up a lot of explosive plays and massively explosive plays that really skewed the numbers out of whack.”

We’ll see if dramatically improving the run defense is simply a matter of preventing the game-breakers. In the meantime, the players are setting the bar high.

“For us, we want that target on our back,” Rankins said. “We want that challenge. We want …read more

Yankees add Frankie Montas to rotation after trade with A’s

The Yankees are going all in. They paid a steep price, but they upgraded their rotation and bullpen Monday. The Bombers acquired Frankie Montas and Lou Trivino from the A’s, a source confirmed. The Yankees sent JP Sears, Ken Waldichuk, Luis Medina and Cooper Bowman to the A’s. In 19 starts this season, Montas has […]

Victor Oladipo calls it his Revenge Tour, the Miami Heat guard regularly filling his social media with posts about his grueling offseason workout schedule, including recent sessions with Russell Westbrook in Los Angeles. As he explained on Vince Carter’s VC Show podcast, it has been work with the singular goal of getting back to the […]