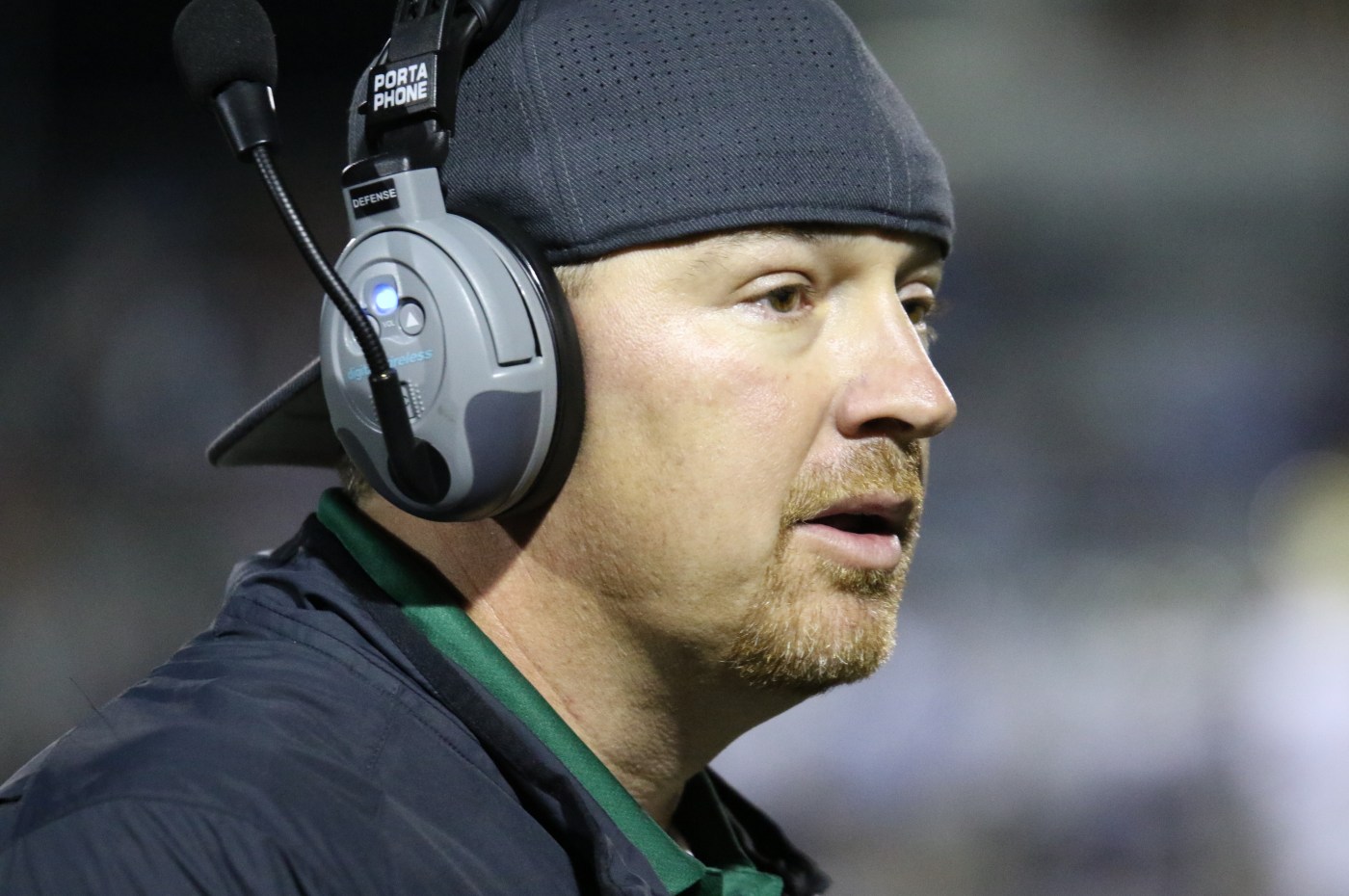 Stepping in as Mullen’s fourth head football coach in as many seasons, Jeremy Bennett knows he has work to do to restore the shine on the Mustangs’ program.

Mullen has won seven state titles but none since 2010, and has endured three straight losing seasons as winning ways, and overall stability, have been recently lacking at de La Salle Stadium.

“The struggles of late — that’s not what or who Mullen is,” Bennett said. “Right now, it’s a group of players and outstanding young men who don’t know who to trust or what to do right now, and that’s no reflection on any one person or me saying anything bad about previous coaching staffs. That’s just the way they feel, and it’s got to be all of us that get after this and get Mullen football back to where it was.”

Bennett comes to Mullen after 15 years as the head coach at D’Evelyn, where he amassed a 103-56 record. Prior to that, he was a scout in the Arena Football League, the defensive coordinator at Stanley Lake and Jefferson, and played linebacker at Western State and Centaurus.

The 47-year-old credits his coaching base for landing his “dream job”, and said his favorite memory at D’Evelyn was the Jaguars’ run to the Class 3A semifinals in 2008, his fourth year at the school.

“That junior and senior class paved the way for our turnaround, even when they were young,” Bennett said. “Those (2008) seniors were freshmen my first year at the school, and in taking that ride with them all the way to losing to Fort Morgan in the semifinals, they put the school back on the football map.”

Bennett was introduced to the Mullen players Thursday. He said that while he’s still in the initial stages of forming his staff, many of his D’Evelyn assistants will be coming with him to the school where he wants to end his career.

“I’m an extremely loyal guy — so one day, I want to hand my keys in as an old man and walk away from it, and that’s what I hope to do at Mullen High School,” Bennett said.

Denver Post Avs beat writer Mike Chambers responds to questions in the Avs Mailbag every other week during the regular season. Pose an Avalanche- or NHL-related question for the Avs Mailbag. The Avs’ offense is a well-oiled machine. I am concerned about our goaltending issues going forward. Is Philipp Grubauer the answer? Or are there […]

The Holyoke Dragons earned a win when they defeated the Wiggins Tigers 48-41 on Saturday. Ethan Johnson lead Holyoke with 15 points scored while also recording five rebounds and one assist. Miles Sprague and Caleb Deaver also had solid outings contributing 13 points and 10 points, respectively. Looking ahead to their next games, Wiggins will […]

Jacob Kupferman, Getty ImagesChristian McCaffrey of the Carolina Panthers runs with the ball in the second quarter during their game against the Tennessee Titans at Bank of America Stadium on Nov. 3, 2019 in Charlotte, N.C. Who’s the best running back in the NFL? Christian McCaffrey had a simple answer: “I am.” The Panthers and […]