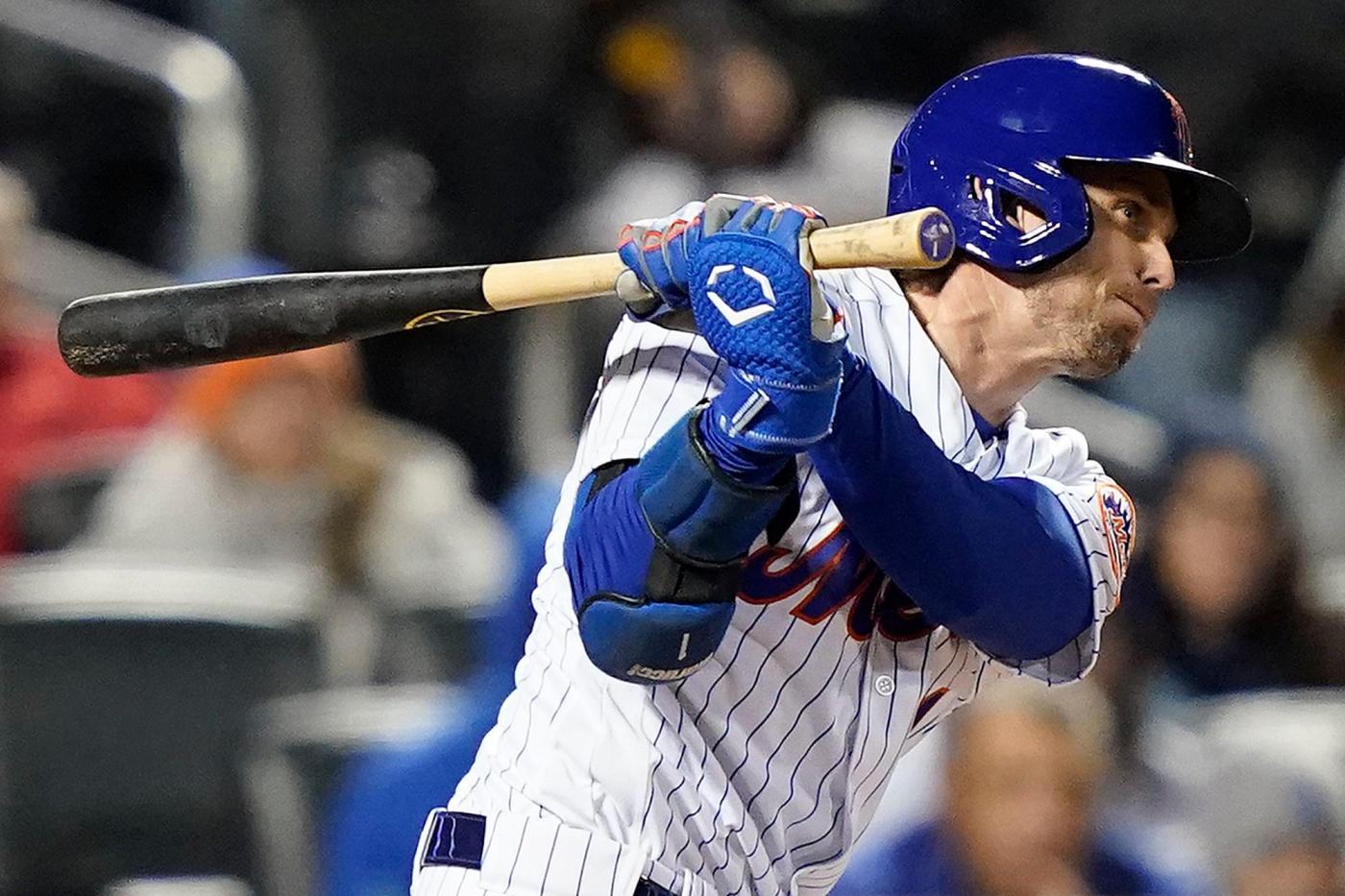 Jeff McNeil went from an unheralded college prospect to a two-time All-Star with a Silver Slugger award and an NL batting title.

Not bad for a guy who initially planned to play golf instead of baseball.

With Pete Alonso signing a record contract last week and the Mets’ buying out Tomas Nido’s final arbitration seasons with a two-year deal, it begs the question of where the club stands on a long-term extension with McNeil.

It’s about time to start locking up some of the club’s young homegrown talent, as we discussed previously with Alonso. Billy Eppler declined to get into details when asked on a Zoom call with reporters last week.

“Any kind of conversations that we’re gonna have with our players, I always want to keep those internal,” the Mets’ GM said. “I’m not a big believer in, in talking about those types of things, or anybody’s employment or contract status or any of those types of natures. I don’t like doing that publicly. So I’m gonna just give you the, ‘I wouldn’t say’ that I tend to throw out now and again.”

The case is clear for the Mets’ do-it-all infielder/outfielder. He has proven himself to be a top hitter in the league even with his unconventional, knob-less bat. He can hit from anywhere in the order and get on base in a myriad of ways. He may not give the Mets much in terms of power but he has a knack for timely hits, hitting .336 with a .806 OPS with runners in scoring position last season.

Often described as a throwback player, he hits for contact and doesn’t strike out a whole lot. He takes a lot of pitches and makes life tough for opposing defenses on the basepaths. McNeil has often attributed this approach to his college days at Long Beach State. The school that sits between Los Angeles and Orange County has been a veritable baseball factory over the years, having sent more than 50 players to the big leagues. The team has always preached the fundamentals of pitching and playing defense, and on the offensive side of the ball, the hitters tend to be well-rounded and discerning at the plate.

The left-handed hitter uses all fields and beats most defenses. Teams won’t be able to shift on him anymore, though they can get creative with the new positioning rules in an attempt to limit him. Still, it usually doesn’t matter how teams defend him.

The 30-year-old who grew up on the Central Coast of California was not a hot-shot prospect coming out of high school or college. McNeil only played one season of varsity baseball after pivoting from golf and the Mets drafted him in the 12th round. He quickly proved he could hit at every level. The Mets called him up in 2018 and he continued hitting. He came in sixth in NL Rookie of the Year voting.

There was a period of time when his name was attached to just about every trade rumor. It seemed …read more

Nuggets’ Jamal Murray: I want to be “better than the Bubble.”

PHILADELPHIA – The most incontrovertible way to get Jamal Murray mad is to distill the last 20 months into three tidy words. Are you back? Murray doesn’t know how to answer. A look of incredulity will spread across his face as he ponders the question he’s been asked more than any other. “Back” to what […]

Shorthanded Nets get pummeled, 139-96, in Boston

For the shorthanded Nets, there might be a recipe to win shorthanded against 25 of the NBA’s other 29 teams. It’s talent, however, that gets a team over the hump against those legitimate championship contenders. The Nets believed they found something through the 10-game stretch Kevin Durant had been sidelined with an MCL sprain — […]

Obi Toppin hasn’t looked the same this season, even before fractured knee

ATLANTA — It’s not anything with lingering knee pain. Obi Toppin ruled that out. “Not at all,” he said Friday. But something has been off with Toppin, something very noticeable if you’ve watched his performances since the return from the fractured knee bone — even right before the freak injury, to be honest. Toppin’s not […]