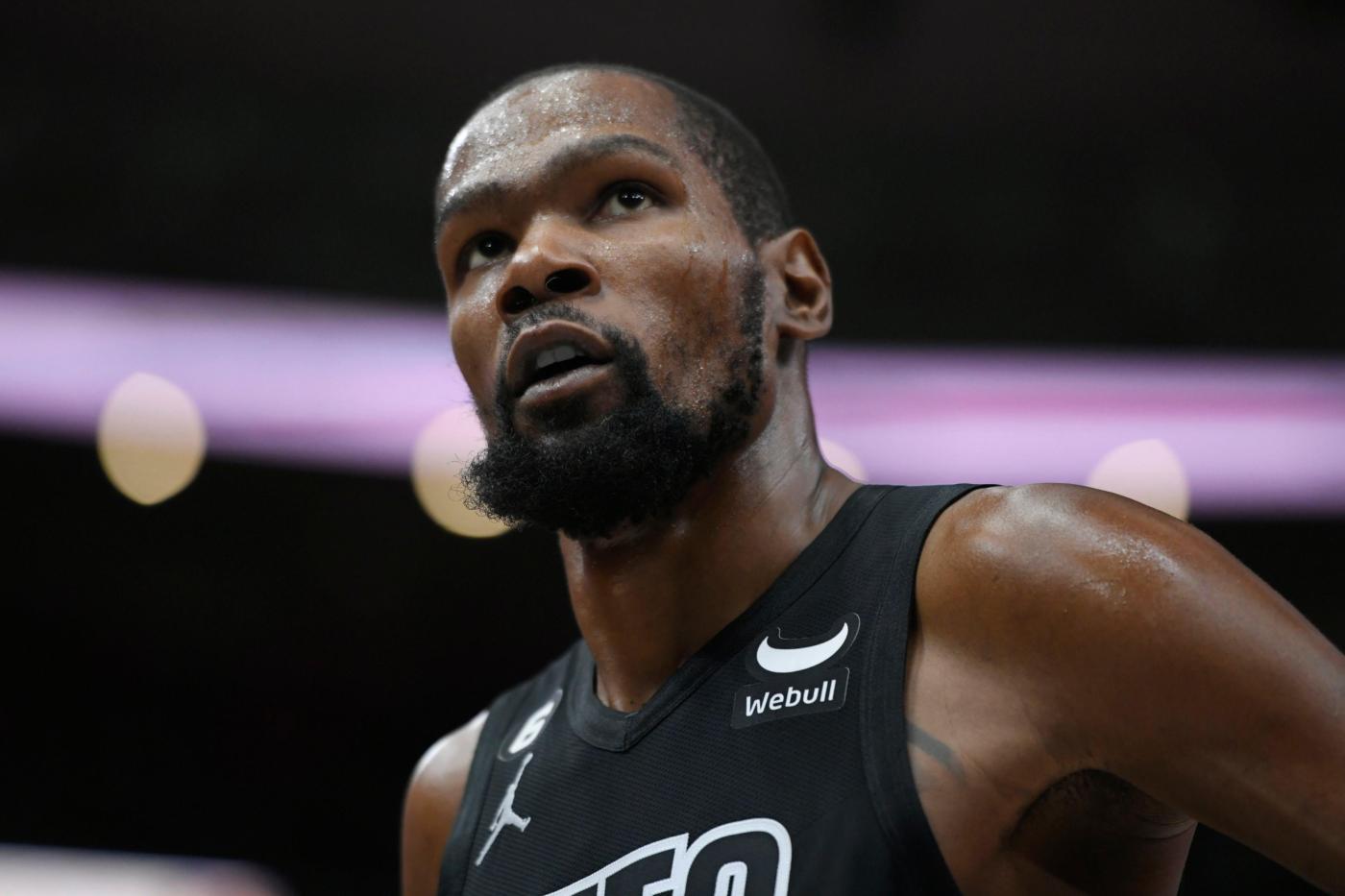 An MCL sprain feels like a scar. It feels like you got cut. It’s an immediate sharp pain followed by an extended dull pain. And when the pain goes away after a few days, so does the range of motion. So does the knee functionality. So does the idea of playing basketball.

That’s what really sets you back.

Kevin Durant re-watched his injury on film. It was a bang-bang play at the end of the third quarter of Brooklyn’s Jan. 8 victory over the Miami Heat. He was under the rim, not guarding anyone in particular, when Jimmy Butler beat Seth Curry off the dribble and challenged Nic Claxton at the rim. And when Claxton blocked Butler’s layup attempt, the Heat star came crashing down and landed directly on Durant’s right knee.

He knew it was an MCL sprain immediately.

It was his third time sustaining this specific injury in the last six years, though it’s the first time it happened to the right knee. The first MCL sprain occurred in 2017 when, as a member of the Golden State Warriors, his teammate Zaza Pachulia accidentally fell into his left leg. The second sprain happened last season in a Jan. 15 matchup against the New Orleans Pelicans, when Bruce Brown went tumbling while defending a player in transition and accidentally crashed into Durant’s left knee.

The third, of course, is why he’s currently sidelined. All three plays have a common thread: According to Durant, he was out of position each time.

“I should have just doubled [Butler] instead of emptying out the paint slowly,” Durant conceded after Nets practice at the HSS Training Facility in Industry City on Tuesday. “I was just standing there watching. I wasn’t even guarding my man, I wasn’t even hitting nobody, so I should have just ran and doubled and got Seth off of Jimmy there, and maybe [the injury] wouldn’t have happened.

“I’ve been through [an MCL sprain] three times, and pretty much every time, I was in no man’s land or not even in help position. So I attribute all of [those injuries] to basically not being locked in on that moment, and somebody used the space they felt they had and just fell into that space.”

The Nets announced Tuesday that Durant will be reassessed in two weeks. The organization, Durant himself, and the Hospital for Special Surgery are each pleased with the star forward’s rehab progress. He is set to start running and partake in on-court basketball activities this week. While it is unclear whether or not the superstar forward (who fell to second in Eastern Conference All-Star fan voting) will be fully healed in time to play in the Feb. 19 NBA All-Star Game, make no mistake: Durant wants to play.

“I want to play tomorrow if I can. So that’s what my sense of urgency is,” he said. Due to injuries, he has not made an All-Star appearance since joining the Nets in 2019. “Obviously I don’t want to …read more

Kickin’ It with Kiz: Here’s the “mystery” candidate the Broncos should hire as coach

LARAMIE, Wyo. — With just a tick less than five minutes gone in the first half Saturday at Wyoming, Colorado State’s Isaiah Stevens dished the ball to John Tonje on the wing where Tonje drained a 3-pointer. For Stevens, it was assist No. 531, breaking the longtime record held by Ryan Yoder, the current Resurrection […]

Keeler: If Sean Payton fixes Russell Wilson, trade was worth it for Broncos

Fix Russ. If Sean Payton can manage that, hiring him was worth it. The trade that’s sending pick No. 29 in the 2023 NFL Draft and a second-rounder in 2024 to the Saints. The hand-wringing. The waiting. The speculation. The false hopes. The doubts. The “mystery candidates.” The chapped lips after having to kiss Jim […]