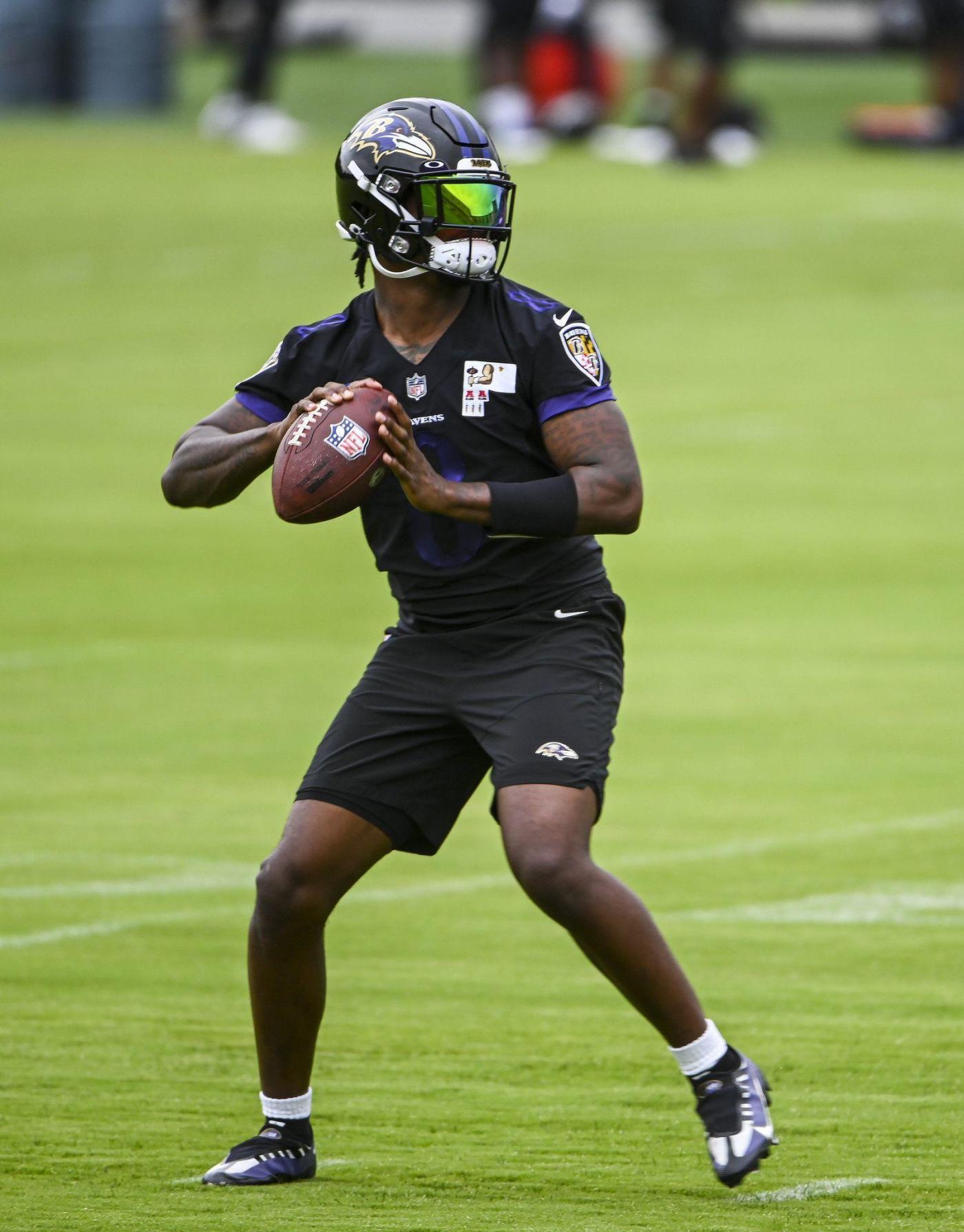 At his first news conference in over five months, Ravens quarterback Lamar Jackson spoke for about 10 minutes. He took nearly 40 questions from reporters Thursday as a handful of Ravens officials, including team president Sashi Brown, looked on. He joked about his new restaurant’s name. He marveled at rookie center Tyler Linderbaum’s speed.

And he was asked, over and over, about his future in Baltimore.

As the Ravens wrapped up their three-day mandatory minicamp and headed into the offseason, their most important player walked away from a crowded podium in Owings Mills having answered some questions, danced around others and raised new ones.

Jackson, who’s entering the final year of his rookie contract, reiterated early in his first question-and-answer session since Jan. 10 that he expects to play in Baltimore for the rest of his career. “Yes,” he said, “I do.” Asked shortly thereafter whether contract discussions, which restarted this week, could continue into the regular season, Jackson said, “We’re having conversations.”

He used a variation of that line eight times when probed about the specifics of his negotiations, even when it appeared to contradict other statements he made Thursday. At one point, Jackson said he didn’t “buy into” the notion that, with his dual-threat style of play in the Ravens’ run-heavy offense, he shouldn’t play without having his financial future secured. “I play football,” the 2019 NFL Most Valuable Player said. “That’s what I’m here for.”

At another point, Jackson said he plans to meet with his receivers before training camp at Florida Atlantic University, continuing the offseason workouts he started with wideouts Rashod Bateman and James Proche II in February. “We’re going to work, watch some film and just build our chemistry some more,” he said.

But asked whether he’d still play in the Ravens’ season opener without an extension, Jackson said, “We’re in conversation right now,” and chuckled. Not long after, asked again whether he’d participate in the team’s training camp, which starts in late July, or play in Week 1 without a new deal, he declined to commit. “We’re having a conversation about it,” he said. “I don’t know.”

Under the league’s collective bargaining agreement, players face stiff penalties for skipping training camp practices. Teams are required to fine players who aren’t on rookie contracts — which includes Jackson, who is on his fifth-year option — $50,000 per day for absences. DeCosta said in March that he didn’t expect Jackson to hold out.

Jackson is set to make $23 million this season, a significant raise from his first four years in Baltimore. A contract extension would likely be worth over $40 million annually, easily the richest deal in franchise history and among the biggest in the NFL.

In answering questions about his readiness for a deal and the scope of a possible framework, Jackson seemed to push back on some of owner Steve Bisciotti’s comments from March. At …read more

‘We need that mentality’: Lance Lynn comes off the IL and starts for the Chicago White Sox, who beat the Detroit Tigers 9-5

When Lance Lynn is on the mound, fellow Chicago White Sox pitcher Lucas Giolito always notices his “presence and attitude.” “When it’s a big spot and he starts running that fastball up there and gets a couple of big strikeouts to get out of an inning, it’s always great to see his reaction to it,” […]

It didn’t used to be like this. Colorado wasn’t Minnesota or Massachusetts or Michigan — hockey factories that churned out NHL stars and Olympic medalists year after year after year. But something’s happening on the cold, slick Rocky Mountain ice. Denver-area teams, from the youth level to high school to college and the pros, just […]

After an injury-marred 2021 campaign, the offseason has been kind to the Ravens so far. Coach John Harbaugh provided updates Thursday for quarterback Tyler Huntley and outside linebacker Jaylon Ferguson and expressed optimism about the long-term rehabilitation for left tackle Ronnie Stanley and running backs J.K. Dobbins and Gus Edwards. “I’d say they’re all on […]