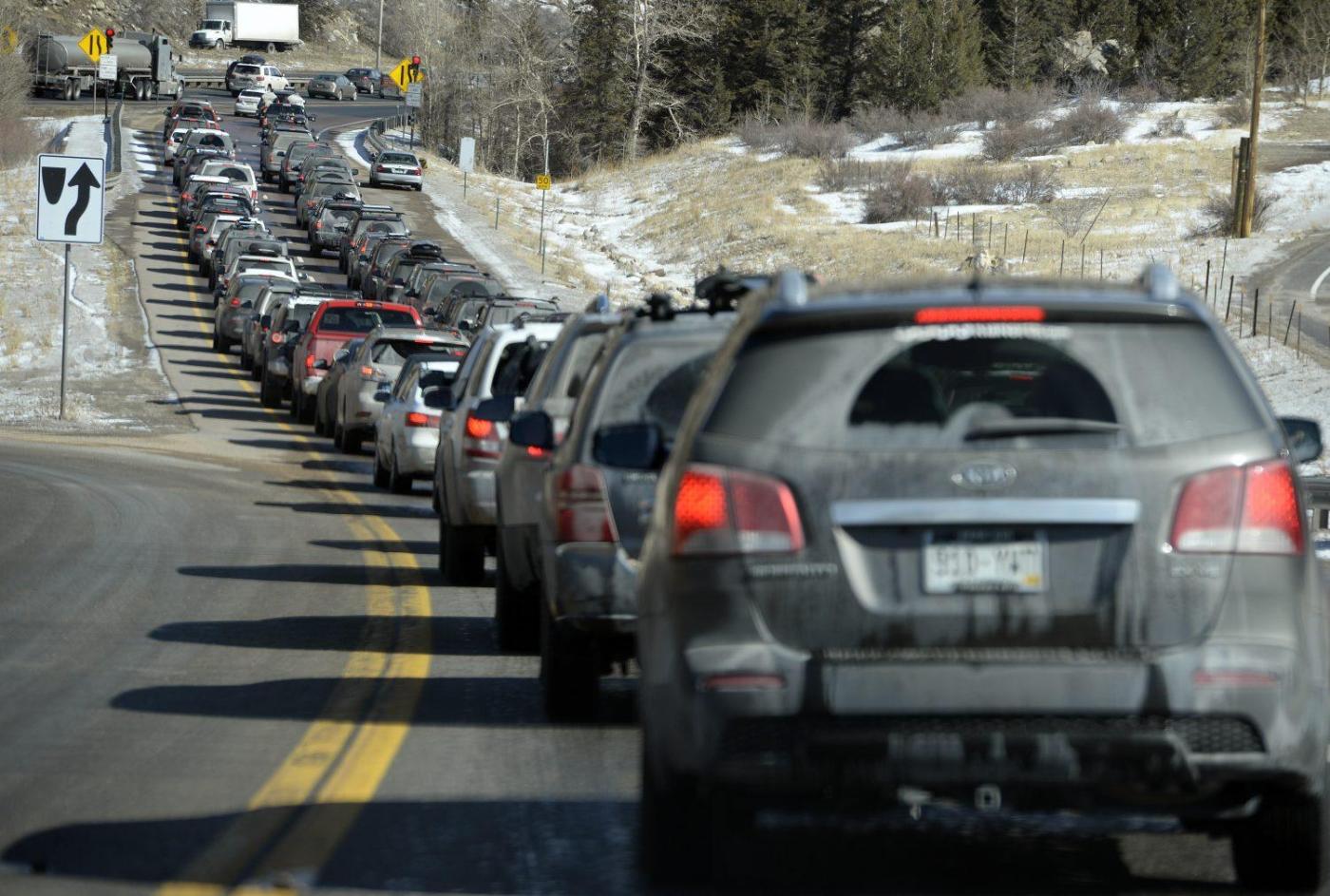 If you’re heading to the mountains over the long Martin Luther King holiday weekend that begins Friday, we’ve got some advice to help you avoid the worst of the traffic heading west. Here’s a clue: Unless you’re heading up Friday, you’d better beat the sunrise.

According to CDOT spokesman Bob Wilson, the best times to head west from Denver on Saturday, Sunday or Monday over the holiday weekend usually are before 7 or 7:30 a.m. Heading up before noon on Friday typically is OK, “since people often work a half-day and then head out,” Wilson said.

The Martin Luther King holiday weekend usually ranks as the fifth-busiest of the year for high country traffic as measured by traffic counts at the Eisenhower-Johnson tunnels, behind Independence Day, Presidents Day, Labor Day and Memorial Day.

So far this season, ski traffic is down compared to last year. With resorts limiting visitation due to the pandemic and less-than-abundant snowfall to attract skiers and riders, December saw 995,646 vehicles travel through the tunnels, a decrease of about 8.9% compared to December 2019.

RELATED: How ski resorts will be operating now that they are at Level Orange

As of Wednesday, 20 Colorado ski areas had snowpacks that were below 80% of normal, according to OpenSnow, an independent snow tracking and forecasting service. Four were at 80%-90% and only one — Wolf Creek — was above average at, 101%.

Related: Skiing in a pandemic, is this the worst year of skiing … or the best?

As a result, CDOT expects traffic this weekend to be less than last year, when more than 171,000 vehicles passed through the tunnels over the four-day period. Still, it’s bound to be slow-going much of the weekend, so you’ll want to avoid the worst of it. Here are some things to keep mind if you’re heading for the hills:

Skiing during a pandemic: Is this the worst year of skiing — or the best?

Westbound: Friday traffic for the MLK holiday weekend peaked last year between 2 and 3 p.m. On Saturday, it peaked from 8 to 11 a.m. and again from 2 to 4 p.m., …read more

The Rockies are beginning to bring their arbitration-eligible players into the fold. Thursday, right-handed reliever Mychal Givens avoided arbitration by agreeing to a one-year, $4.05 million agreement for 2021. Jon Heyman of the MLB Network first reported the salary. Givens, in his last year of arbitration, was acquired in a trade with Baltimore last August. […]

As stubborn as Jamal Murray is, at least the Nuggets’ burgeoning star is honest. Even as Murray plays through a bruise on his shooting elbow, an injury which he’s admitted can alter his shooting form, the 23-year-old doesn’t want to rest. When asked recently about the rise of Denver’s second unit and the subsequent relief it […]