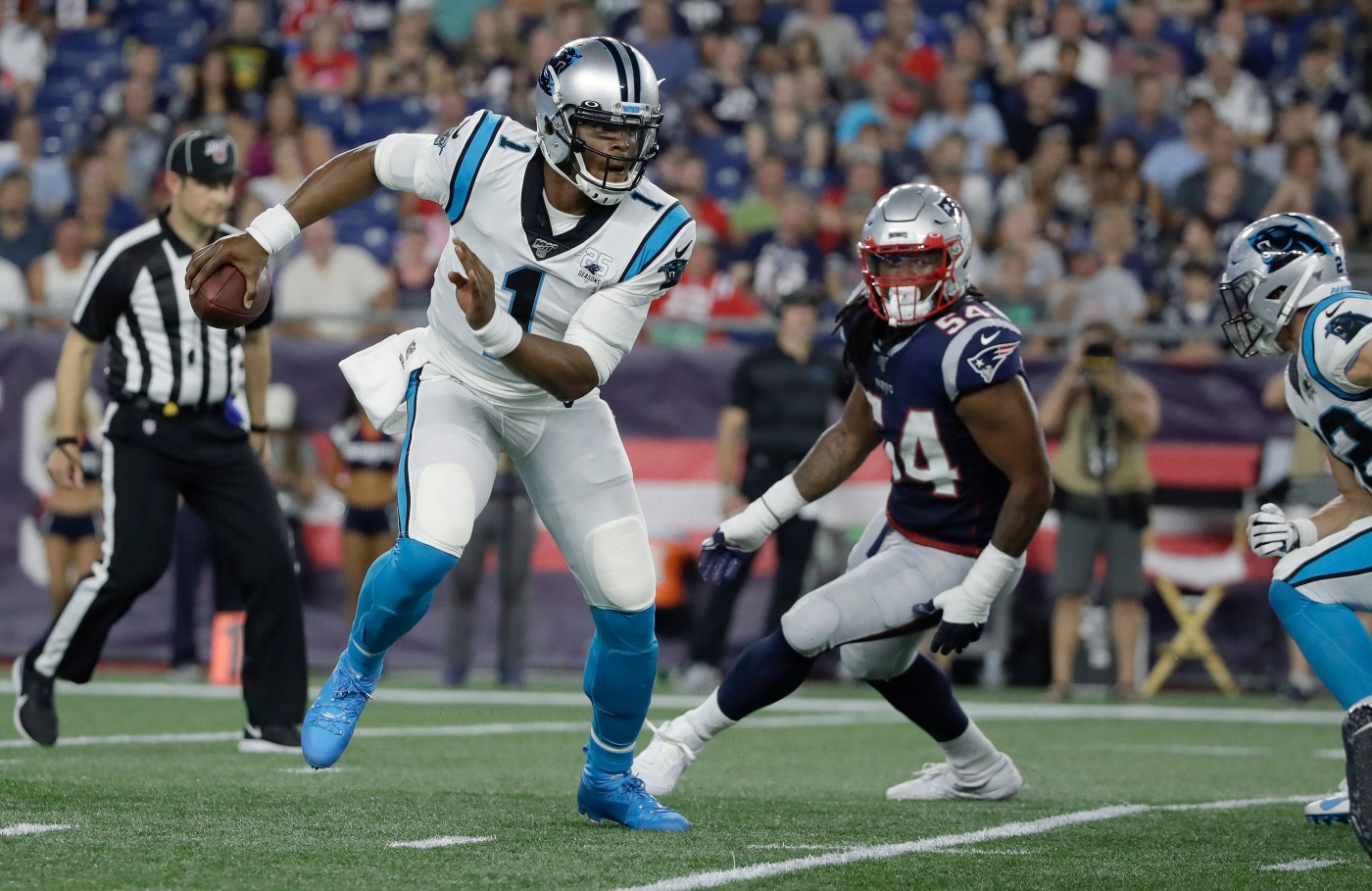 The three-month delay that preceded the Patriots’ marriage to Cam Newton both made their union possible and should now lead to a horribly rushed, if not postponed, honeymoon.

Unable to evaluate Newton’s physical health over most of March and April due to pandemic-related travel restrictions, all of the quarterback’s other suitors opted for lower-risk options via the draft and free agency. This caused Newton’s market to basically evaporate by early May, at which point every other franchise believed it had a passer for the present and/or future. From that time, the cap-strapped Pats could court Newton and wait out his contract demands until they hit near rock bottom.

Then, they tied the knot at a major discount Sunday night.

However, all that waiting also cost Newton time to learn the Patriots’ system, familiarize himself with new teammates and coaches and allow said coaches to rewrite their playbook for him. That’s an unknown cost the Pats can’t know and won’t pay until training camp. But frankly, they don’t care.

Ever focused on what they can make of the present moment, the Pats should already be elbow-deep in refitting their offense for the former league MVP. Bill Belichick’s coaching staff is nothing if not adaptable. But these coaches will not — and should not — uproot a system that facilitated some of the NFL’s best offenses of the past 15 years.

It’s about meeting Newton in the middle as fast as they can. Because the Patriots don’t need Superman to fly alone in order to contend in 2020. Only give him a little lift.

Here’s how Newton and the Pats can get a running start:

During Tom Brady’s tenure, there were seasons when he was tasked with setting pre-snap protections and others when his center made those calls. Given that pass protection, especially when combating exotic blitz looks, can be the most complex part of any offense, it’s only sensible Newton should be spared those duties. At least to start.

In David Andrews, the Pats have the perfect man to take over.

As an undrafted free agent in 2015, Andrews rapidly grew into one of Brady’s favorite all-time centers thanks to his football intelligence. This season, Andrews will be at the literal center of an offensive line that projects as the Pats’ offensive strength and perhaps the best in the entire NFL. The Pats should lean on that strength, just as they would have with Jarrett Stidham.

List of players who have opted out of the 2020 MLB, NBA, NHL and NFL seasons

David Zalubowski, The Associated PressColorado Rockies manager Clint Hurdle, left, congratulates Aaron Cook after he pitched a five-hitter against the San Diego Padres to carry the Rockies to a 4-0 victory in a baseball game in Denver on Tuesday, July 1, 2008. Imagine going to a Rockies game at Coors Field and leaving before your […]

Two of the top-rated high school girls basketball players from the state of Washington — Haley and Macey Huard — moved to Colorado this summer. That’s good news for the Valor Christian basketball program. “I’m excited because we have five amazing to-be seniors, so they’re going to come into a great team core,” said Valor […]

BOSTON — The New England Patriots have reached an agreement with free-agent quarterback Cam Newton, bringing in the 2015 NFL Most Valuable Player to help the team move on from three-time MVP Tom Brady, a person with knowledge of the deal told The Associated Press. The one-year deal is worth up to $7.5 million with […]