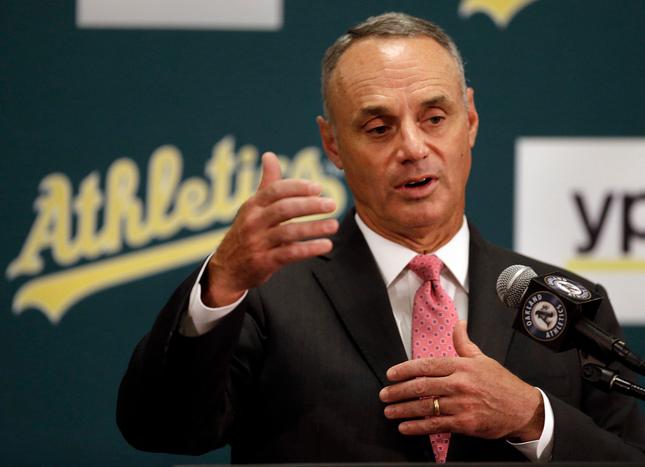 A majority of the Oakland Athletics roster is well under team control. Most of the team’s core has yet to reach arbitration, let alone free agency. But, a baseball season delayed indefinitely due to the coronavirus pandemic surfaced questions about how a truncated — or canceled — season might impact player service time.

Multiple national reports assert that the MLB and MLB Player’s Association came to an agreement regarding service time, the MLB draft and pro-rated salary. It’s been reported that major league players will get a full season of service time, no matter how the season goes.

A majority of the Oakland A’s will merely move up a year on the the team controlled ladder. But, there is a handful of A’s players that will be free agents in 2021.

The most important thing for the players: In the doomsday scenario of no 2020 season, they will get full service time, meaning Mookie Betts, Trevor Bauer, Marcus Stroman, J.T. Realmuto and others will be free agents in November regardless of whether games are played.

Shortstop Marcus Semien may be key amongst them. The Bay Area native and the A’s agreed on a $13 million contract in his final year of arbitration, pushing back talks of a possible extension for 2019’s third-place MVP finalist. A 2020 season that could replicate or top his 2019 will be crucial for Semien’s market — should the A’s not sign him to an extension and he hit the market come the offseason (whenever that may be).

The other A’s free agents after this season are right-handed relievers Joakim Soria and Yusmeiro Petit along with right-handed starter Mike Fiers. For those arms, a truncated season might force the A’s to evaluate sooner their potential impact on future pitching staffs. A strong crop of prospects are close in line to contend for big league roles, and a full 2020 season (in the major and minor leagues) would have provided essential intel.

Major league teams will advance $170 million for April and May, the two months of baseball that should not host any games. Key statistics that may be part of arbitration decisions will be evaluated in accordance with any truncated season.

MLB owners will advance players $170 million for April and May, sources tell ESPN. If there is no season, that money will be kept by the players.

Per reports, the MLB will hold a delayed 2020 draft, but also holds the right to shorten it to 5 rounds, down from its typical 40. Un-drafted minor league players will be limited to a $20,000 signing bonus.

An agreement regarding how and when the MLB season might start and play out has yet to be reached.

Emmanuel Sanders came at a cost to help the 49ers’ Super Bowl run, and two mid-round draft picks wasn’t outlandish upon last October’s trade. It guaranteed the 49ers nothing, however, for this coming season. Sanders will not be making a 49ers encore. Instead, he will be catching passes for the New Orleans Saints, after agreeing […]

CLEVELAND — Case Keenum‘s NFL journey is reuniting him with a coach who brought out the best in the quarterback. Keenum officially signed his three-year, $18 million contract Tuesday with the Cleveland Browns, who are bringing him in to help mentor Baker Mayfield while also giving new coach Kevin Stefanski a security blanket in case […]

The Broncos didn’t add any players Tuesday, but they officially need a center. The Broncos lost center Connor McGovern, who agreed to terms with the New York Jets. NFL Network reported the deal is three years, $27 million ($18 million guaranteed). McGovern’s departure from the Broncos seemed likely after the team agreed to terms on […]