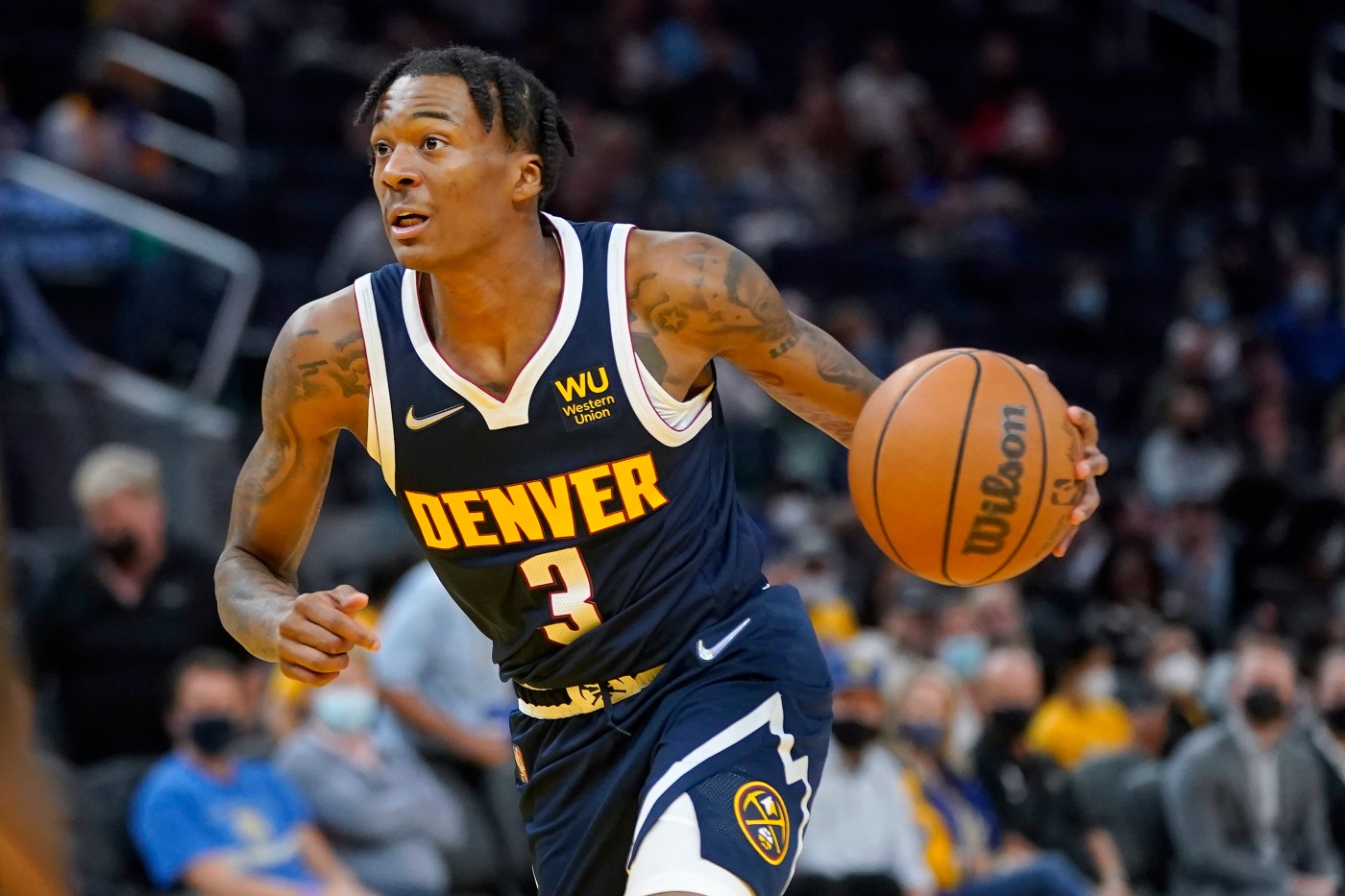 Bones Hyland has the kind of high-pitched voice that can cut through the din of a dozen bouncing basketballs. If Hyland is in the gym, chances are, everyone’s aware of it.

Barely two weeks into Nuggets training camp, Hyland’s already won his teammates and the coaching staff over. Whether it’s a jubilant celebration as the victor in a 3-point shooting drill or the fearless competitor jawing with an opponent, Hyland’s personality is too big to miss.

“I got all the juice in the world,” Hyland said after practice Monday. “I’m young. I want to be able to come in here and make them guys feel young still even though they’re like 36, 34. We’re not going to speak on no names, but …”

It’s not just energy that’s ingratiated the 21-year-old to his new team; it’s an eagerness to improve.

After Hyland’s fourth-quarter gaffe against the T-Wolves sent Friday’s game to overtime, Nikola Jokic approached the Nuggets’ new rookie and consoled him. He told him to let it go.

“That’s a great thing to happen to him, I think,” Jokic said. “He’s never gonna make the same mistake again.”

Despite the 21 points and six 3-pointers, Hyland texted Nuggets coach Michael Malone that night and asked to go over film with him.

“Those type of film sessions, it makes you even closer with the coach,” Hyland said.

That one-on-one session happened Monday morning, with Malone reinforcing the positives while teaching the corrections. Hyland had six of the team’s 23 turnovers in the loss.

“He’s so eager to learn, wants to get better, and you just love being around him because that energy he brings every day, one, it’s genuine, and two, it’s contagious,” Malone said.

Malone said it’s invaluable to have guys like Hyland, who bring “sunshine to the gym because it can be a dark place, it can be a long season,” he said.

With two games left in the preseason, Hyland doesn’t have any clarity on what his role with the team will be. He said he plans to be a constant source of energy and “just get buckets.”

Since training camp started in San Diego two weeks ago, Hyland hasn’t had time to process his whirlwind ascension. Between learning the plays, understanding the defensive concepts and familiarizing himself with the terminology, Hyland’s plate has been full.

Has Bol Bol’s Nuggets career turned a corner? “It takes a village”

“It feels as though a whole book been …read more

Saunders: Rockies’ 2021 awards, from most valuable to most perplexing

Another losing season is in the books for the Rockies, although their 74-87 record wasn’t nearly as dire as many predicted. Kyle Newman, my esteemed colleague, said that the Rockies would finish 62-100, which would have been the first 100-loss season in franchise history. Mr. Newman was not alone in his pessimism. PECOTA (Player Empirical […]

The NHL’s return to ESPN is nothing short of awesome, and having retired NHL referee Dave Jackson serving as the network’s on-air rules analyst solidifies that statement. Jackson, a Montreal native who lives in Highlands Ranch, will work 3-5 games per week from either his home, an ESPN studio in Bristol, Conn., or beside the […]

The Colorado State Rams were picked to win the Mountain West men’s basketball regular season title in a media poll released Wednesday morning. The Rams garnered 11 of the 20 first-place votes by media members who cover the conference and totaled 207 points to edge out San Diego State for the top spot. It’s the […]