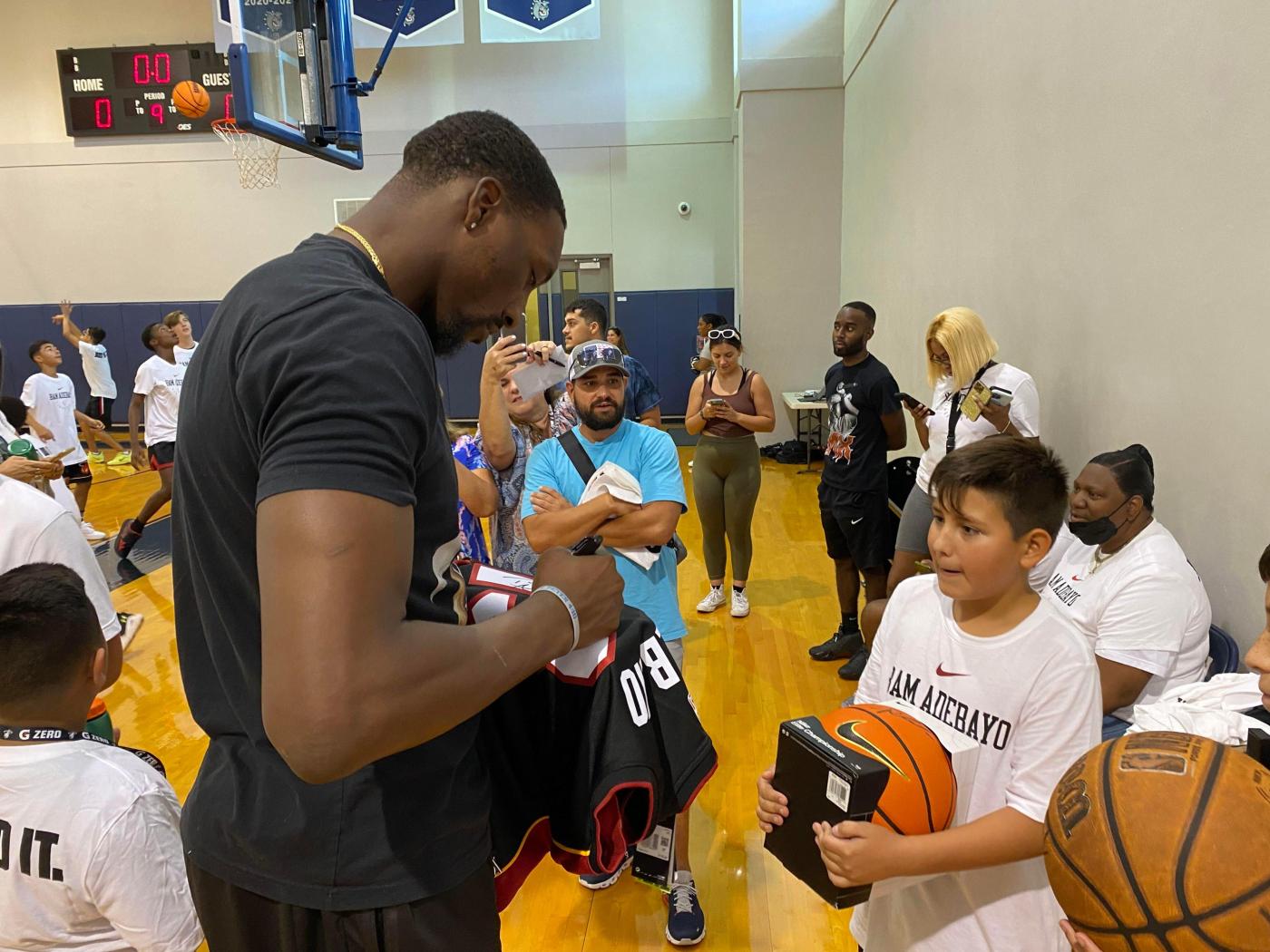 More than 200 children and teenagers converged on Riviera Prep in Miami to get a chance to play with Heat standout Bam Adebayo.

“It’s a great thing just because I didn’t have this type of opportunity when I was younger,” Adebayo said. “Being able to be somebody who can give kids an opportunity to play basketball. I started in sixth grade. They’re starting in first and second, so they get ahead of the curve.”

The camp cost $100 to attend, but Adebayo donated 50 spots to kids from different youth groups: Overtown Optimist Club, T.E.E.S. Miami and the Boys and Girls Club.

“The community supports me so much,” Adebayo said. “They show me so much love. … At least I can do this [for the community].”

Adebayo’s mother, Marylyn Blount, was in attendance at the camp Saturday. She is the vice president of The BBB Foundation.

“She’s kind of like the leader of the pack, makes sure everything goes smoothly,” Adebayo said. “She’s the reason why this happens. She’s a big part of it.”

Adebayo has also spent time playing in the Miami Pro League, teaming up with his friend, Donovan Mitchell. Fans who attended chanted “Miami” at Mitchell to try to show how much they want the Utah Jazz guard to join the Heat.

“It’s just fun, it’s for Miami, it’s for the community,” Adebayo said. “And then to have one of my best friends, Donovan, come join us. It was a dope experience.”

Adebayo said he hopes his camp on Saturday will help the attendees learn more about basketball — with the added benefit of letting their parents relax.

Miguel Andujar gets another chance with Yankees replacing Matt Carpenter

SEATTLE —  Miguel Andujar will get another chance. The former starter who has been stuck in Triple-A the last two seasons was recalled before Tuesday night’s game against the Mariners. He will replace Matt Carpenter, who fractured his left foot, on the 26-man roster. Andujar, who was the runner up to Shohei Ohtani in the […]

Steve Stone apparently isn’t a fan of the cameraman and production crew who showed Chicago White Sox manager Tony La Russa seemingly dozing off in the dugout during the first inning of a game earlier this week. Stone, the longtime Sox analyst, appeared Thursday on the “Parkins and Spiegel Show” on WSCR-AM 670 and was […]

The Ravens have been in training camp for one week, but a true assessment of this team probably won’t be available until the near completion of the first quarter of the 2022 season. Injuries to star players were the main reason the Ravens struggled last season, and it has hampered them throughout training camp this […]