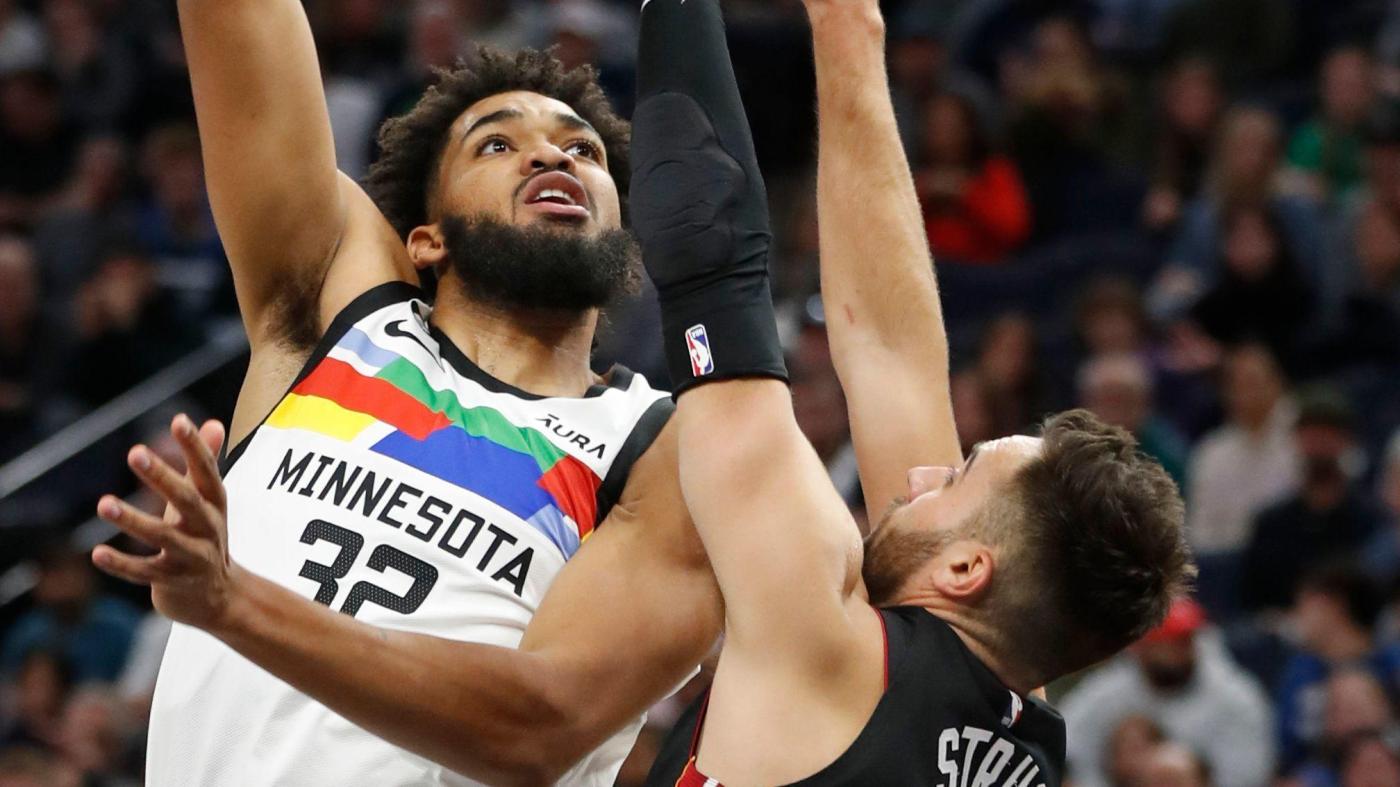 After a week on the road, after an overnight flight, the Miami Heat found themselves Monday night where they seemingly have stood all season — in a tight game destined to go to the wire.

This, though, was different, this was the Heat trying to avoid their first 0-4 trip in the Erik Spoelstra era, the first 0-4 trip since the Heat were tanking for Derrick Rose (but got Michael Beasley) in 2008.

The constant, as it was throughout the trip, was a decidedly shorthanded roster, this time without Jimmy Butler, Tyler Herro, Gabe Vincent and Duncan Robinson, among others.

And there it stood, tie game, midway through the fourth quarter.

And then there it stood at the end, another close loss, this time 105-101 to the Minnesota Timberwolves at Target Center.

So make it a 7-11 record and a seven-game road losing streak.

Bam Adebayo and Kyle Lowry tried to keep the shorthanded afloat, Adebayo with 17 points and 14 rebounds, Lowry with 21 points and nine assists. The Heat also got 19 points from Max Strus, albeit on 7-of-23 shooting.

“We’ve got to stay positive, somehow, some way,” Lowry said.

Karl-Anthony Towns had 25 points, eight rebounds and nine assists for the Timberwolves, with Anthony Edwards adding 22 points for Minnesota.

“We will get better,” Spoelstra said. “I promise Heat Nation that.”

With Strus converting a 3-pointer, the Heat moved back ahead 89-87 early in the fourth.

Staying with their zone defense, the Heat then gave up a D’Angelo Russell jumper to fall behind 101-99 with 2:28 to go,

With 1:37 to play, Towns then fouled out on a charge, only for Lowry turnover giving the ball back to Minnesota with 1:23 left.

And then, with 1:11 left, Rudy Gobert, scoreless to that point, converted a pair of free throws for a 103-99 Minnesota edge.

Lowry then converted a driving layup to make it 103-101 with 29 seconds left.

Gobert then got back to the line, making both free throws to effectively put it away.

That sequence with Gobert that made it a four-point game was particularly perplexing because the Timberwolves only had seconds left on the shot clock.

Spoelstra said he did not tell his player to foul, it was a decision Strus made on his own.

“Historically, he’s not a great free-throw shooter,” Strus said of Gobert. “So we had a chance to put him at the line.”

2. Adebayo-Jovic 2.0: Adebayo and rookie big man Nikola Jovic started together for the second consecutive game, after the pairing made its starting debut Sunday …read more

ASK IRA: Is it time for greater expectations from Heat’s Bam Adebayo?

Q: Ira, finally Bam Adebayo is the straw that stirs the drink. – Juan, Miami Beach. A: What Bam Adebayo has done the past two games has been impressive – and needed. But I’m still not sold that this is what he wants to do, has to do, or the team needs him to do […]

The Orlando Magic were significantly healthier for Friday’s road game vs. the Chicago Bulls at United Center. Guard Gary Harris made his season debut while starting big man Wendell Carter Jr. was available after sitting for Wednesday’s loss to the Minnesota Timberwolves because of a strained right plantar fascia (soft tissue under the foot). Harris […]

Jets’ QB Zach Wilson will be benched Sunday against the Bears: report

Zach Wilson will be on the bench Sunday against the Bears. According to ESPN, Jets’ players were informed in a team meeting on Wednesday that Wilson will not be their starting quarterback this week. Head coach Robert Saleh named Mike White the starter. Wilson is coming off of an abysmal performance against the Patriots where […]