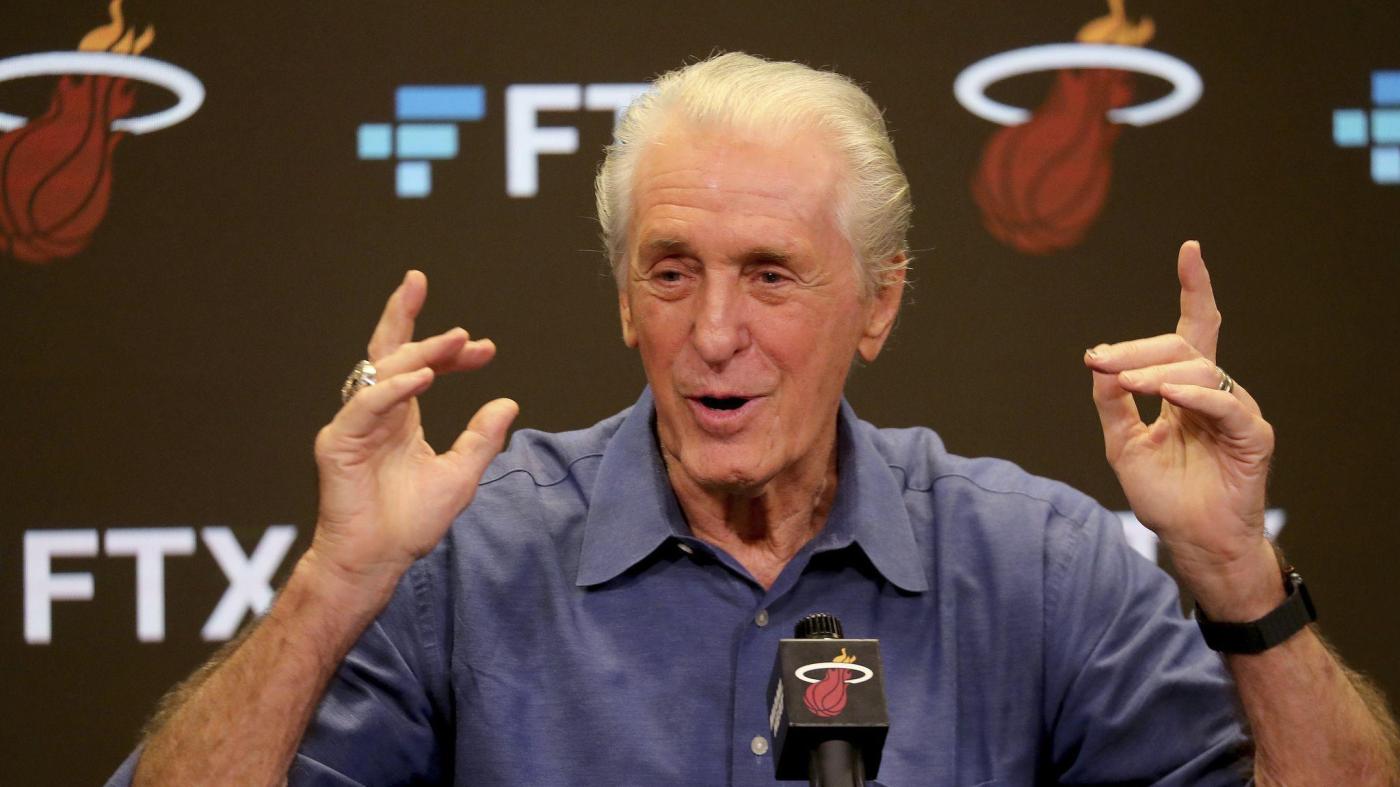 When it comes to this stage of the NBA calendar, it is about far more than being on the clock for the draft, with the Miami Heat facing several key impending dates.

While the draft board at FTX Arena is a temporary fixture, the league’s personnel board in Pat Riley’s office suite, with all of its movable nameplates, is a staple.

Those names, including many on Riley’s roster, are about to come into play.

Tuesday: This is when the Heat are scheduled to begin heading to the West Coast to set up a summer camp in advance of their summer leagues.

The Heat typically hold a rookie/free agent camp ahead of their summer-league opener, which this year is July 2 at the Golden State Warriors’ Chase Center.

Mychal Mudler, Javonte Smart, Haywood Highsmith and Omer Yurtseven are among those expected to participate in summer league for the Heat.

Wednesday: The Heat face four deadlines on this date, the deadlines to guarantee the $1.8 million 2022-23 salaries for Max Strus, Gabe Vincent and Yurtseven, as well as the deadline for P.J. Tucker to formally opt into free agency.

This also would have been the deadline for the Heat to extend a qualifying offer to Caleb Martin to make him a restricted free agent, which the team already has done.

The timing element is significant, with the Heat docked a second-round pick in this year’s draft for what the NBA perceived as jumping the gun in last year’s free-agency negotiations with Kyle Lowry. As a recidivist the penalty likely would be more severe.

It also is the first day teams can sign players to two-way contracts, with such deals for 2022-23 currently held with the Heat by Smart and Mulder. Teams are limited to two such contracts, which can be swapped out at any time.

July 2: The Heat play their first game of summer league, at 5 p.m. Eastern against a similar team of draft picks, rookies, free agents and younger players from the Los Angeles Lakers at the Chase Center in San Francisco, in the opener of the California Classic.

July 3: The Heat play their second game of summer league, at 5 p.m. Eastern against the Sacramento Kings.

July 5: The Heat play a closed scrimmage against the summer roster of the Warriors at 3 p.m. Eastern to close out their time at the California Classic.

The Heat later in the day move their summer-league base to Las Vegas.

July 6: The free-agency signing moratorium ends at noon Eastern, at which time contracts can be signed and previously agreed-upon trades based on the 2022-23 salary cap can be consummated.

This also starts the two-day clock for …read more

The Avalanche’s two injured forwards are both inching toward a potential return to the lineup in the Stanley Cup Final against the Tampa Bay Lightning. Second-line center Nazem Kadri skated on his own before Friday’s team practice at Ball Arena and fourth-line winger Andrew Cogliano was a full participant. Kadri is presumably doubtful to play […]

When* the Colorado Avalanche hoist the Stanley Cup Friday night, plenty of Coloradans will hoist their own celebratory cups, too. Denver Police are just asking that people who raise their adult beverages to stay away from steering wheels and for all revelers to keep their euphoria more celebratory, and less riotous. “While this is an […]

Sometimes, you just have to tip your hat to your opponent. Such was the Rockies’ fate Wednesday night at Coors Field in a 7-5 loss to Cleveland. Left fielder Steve Kwan saved the game for the Guardians with a sensational diving catch to close out the seventh inning. Sit back and watch Steven Kwan save […]