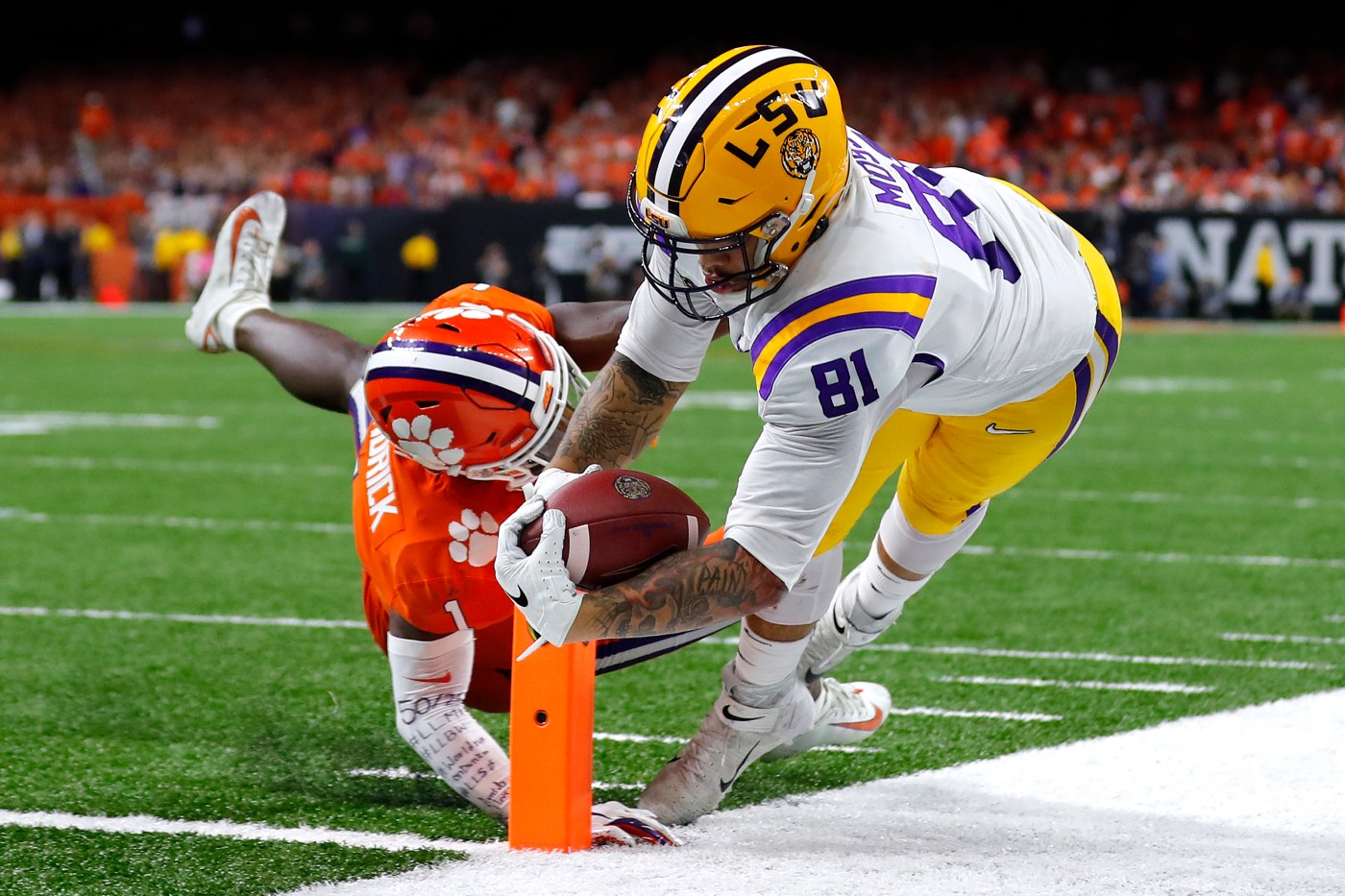 It was easy to envision a dumpster fire of an evening for the Pac-12 whereby its officials, in charge of the championship game, produced an outcome-altering gaffe that lowered the conference’s already low reputation.

Instead, we got the opposite:

We got a well-called game with only one instance of true controversy.

Credit referee Chris Coyte, his crew (below) and vice president of officiating David Coleman, who made the specific assignments.

They did well — much better, for sure, than the SEC officials in the Clemson-Ohio State semifinal.

We’ll give the crew a B+ while acknowledging that when it comes to a officiating, an A is unrealistic.

But the Hotline wanted a second opinion, so we reached out to the folks who run footballzebras, a respected website devoted to NCAA and NFL officiating.

“The Pac-12 needed the officials to call a good game tonight and the officials called a great game. Aside from the usual handful of controversies, Coyte’s crew called an outstanding game. Gold stars for all!”

A few specifics, from our point of view:

There were none of those Monday night.

Nor were there any instances of miscommunications or procedural errors or interminable replay delays.

Operationally, it was very smooth.

2. With egregious calls removed from the calculation, everything that remains is part of the standard package of no-calls and close calls and missed calls that we see every game, every week.

There were a handful of those Monday, and the Pac-12 crew missed two.

— The lesser of the two misses involved the replay booth not catching what should have been an out-of-bounds call on LSU tailback Clyde Edwards-Helaire in the second quarter.

— The greater of the two misses was an offensive pass interference penalty on Clemson receiver Tee Higgins that negated a touchdown when Clemson trailed by 17 in the fourth quarter.

ESPN rules expert Bill LeMonnier thought the PI should have been on Vincent — and thus a touchdown for Clemson that would have positioned the Tigers for a potential rally.

It was controversial, and it was significant. But it didn’t clear the threshold for egregious; it wasn’t a call that we’ll be talking about for days and weeks, that will get tossed in the Pac-12’s face for eternity.

The bigger loss for …read more

So much for a Sunday hangover. The Nuggets flushed their disappointing loss Saturday night and bounced back with an impressive 114-104 victory at the Pepsi Center against the Los Angeles Clippers, one of the presumed title favorites heading into the season. Buoyed by Nikola Jokic’s monster game, Denver improved to 27-12. On the second night […]

The Rangeview Raiders easily defeated the Westminster Wolves by a score of 87-50 on Wednesday. Westminster was lead in scoring by Marina Boltz who put up 23 points, while also collecting one rebound and one assist. Lauren Graves bonilla helped the effort by chipping in eight points, four rebounds, and four assists. In their next […]

EUGENE, Ore. — Sabrina Ionescu had a career-high 37 points to become Oregon’s all-time leading scorer, and the sixth-ranked Ducks handed No. 3 Stanford its first conference loss with an 87-55 victory Thursday night. Ionescu, from Miramonte High-Orinda, went into the game needing 24 points to match Oregon career leader Alison Lang, who had 2,252 […]