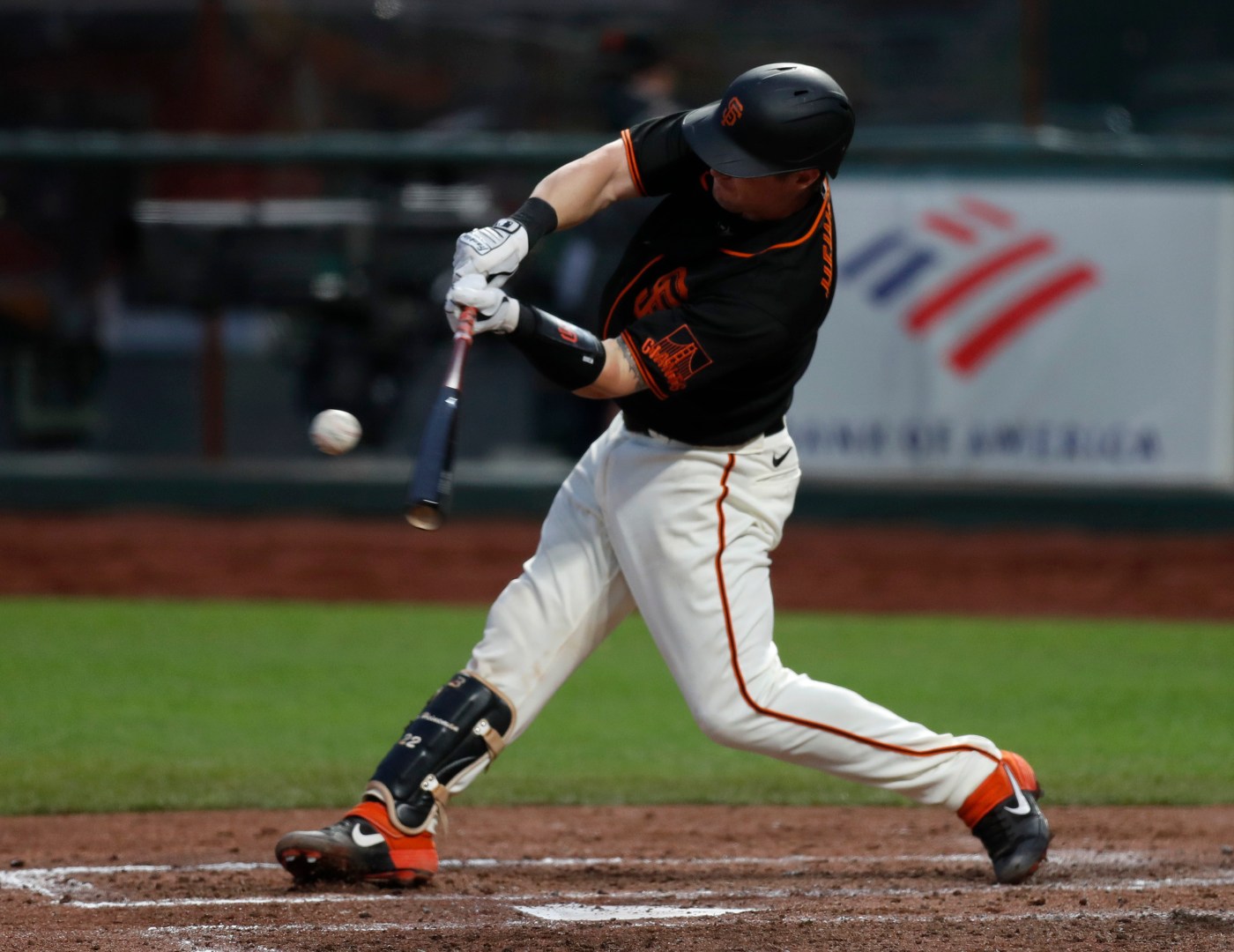 Giants catcher Tyler Heineman knows what the perfect game would be for his brother Scott, an outfielder for the Texas Rangers, on Saturday night when the two teams meet again at Oracle Park.

“I’d be very happy with him going 0-for-4 with four lineouts,” Tyler Heineman said Saturday afternooon. “Good spring training at-bats, but the Giants come up with a W.”

Tyler Heineman, 29, and his brother, who is two years younger, have played each other before. They were in the Pac-12 at the same time one year and also played each other in the minor leagues. But Saturday will mark the first time they’ll be in opposite dugouts at the major league level.

Heineman,a UCLA alum, is the Giants’ starting catcher, hitting eighth. Scott, a former Oregon Duck, is in center field and hitting seventh for the Rangers.

“It’s going to be special for sure. I’m very excited about it,” Tyler Heineman said. “I have some nerves. I think it’s a good thing. I haven’t really let it soak in too much., It’s still the Rangers versus the Giants and the most important thing is the Giants coming away with a W.”

Tyler and Scott will meet at home plate to talk to the umpires before Saturday’s game. Rangers manager Chris Woodward hatched the plan and got in touch with Kapler.

“Woody reached out to me and said, ‘Hey, can we have these guys meet at the plate,’ and I thought it was an awesome idea,” Kapler said. “What’s most cool about that idea is how his mom and dad (Steve and Kathy) are going to feel about that.”

Kapler recalled the pride he felt when he saw sons, Chase, a quarterback, hand the ball off to Dane, a tailback when they played together at Malibu High in 2017.

“I talked to (Tyler) about how cool it is for a mother and a father to see something like that, to see their kids play in a major league game,” Kapler said, adding that for himself, when Chase handed the ball to Dane, “I don’t think I’ve ever been more proud in my life.”

Tyler Heineman said he found out Friday night that he would in Saturday’s lineup and immediately let his brother and his family know.

“My dad is probably extremely nervous, as well as my mom, but also very excited,” Tyler said. “So he’s texted everyone, starting from (Friday) night when we knew that we were in the lineup. He started texting friends, family members and all of that last night, so I’m sure there’s going to be a lot of people tuning in.”

KAPLER ON BRANTLY: Catcher Rob Brantly cleared waivers Saturday and is in Sacramento at the Giants’ alternative training site. Brantly was designated for assignment earlier this week after Chadwick Tromp was selected to be a part of the 30-man roster.

“Certainly like to have Bob stay in the organization,” Kapler said. “We saw how much energy he can bring to a camp and to a team. …read more

Pac-12 schedule released: Conference games only, a late-September start and questions about the California schools

The Pac-12 on Friday became the first conference to release weekly matchups in a coronavirus-altered schedule for the 2020 season. As previously reported on the Hotline, the schedule features 10 conference games (in a 12-week span) and a mid-December championship hosted by one of the participants. A tentative plan had slotted season openers on Sept. […]

The A’s took three-of-four from the Los Angeles Angels with a 3-0 win on Monday afternoon. It ended with Mike Trout — who represented the game-tying run — called out on strikes, looking at Joakim Soria’s fastball up in the zone. Here are some takeaways. Matt Chapman’s bat comes alive Matt Chapman wasn’t putting together […]

Hotline newsletter: An optimistic timeline, the October option, football loopholes in the academic plans and more

*** The Pac-12 Hotline newsletter is published each Monday-Wednesday-Friday during the college sports season and twice-a-week in the summer. (Sign up here for a free subscription.) This edition, from July 28, has been made available in archived form. Timeline Trouble? The Pac-12 won’t release its conference-only football schedule until the presidents and chancellors approve the […]