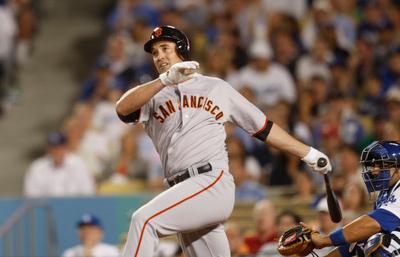 One of the greatest prep athletes in San Jose history is returning to the area as a coach in the San Francisco Giants’ organization.

Pat Burrell, a Bellarmine Prep product and World Series champion with the 2010 Giants, will be the new hitting coach for the High-A San Jose Giants.

The San Jose Giants announced their 2020 coaching staff Monday and Burrell will work under new manager Dennis Pelfrey, who spent the last five seasons managing the Florence Freedom in the International League.

Burrell starred as a quarterback and outfielder at Bellarmine and was the California Coaches Association Player of the Year as a senior before playing college baseball at Miami (FL). The power-hitting outfielder was the first overall pick by the Philadelphia Phillies in the 1998 amateur draft and spent 12 seasons in the majors as an outfielder and designated hitter.

Burrell is a former teammate of new Giants manager Gabe Kapler and recently worked as a pre and postgame show analyst covering the Giants on NBC Sports Bay Area.

A number of other Giants’ minor league affiliates announced their coaching staffs on Monday including the Double-A Richmond Flying Squirrels, who will be managed by José Alguacil.

Alguacil spent the last four seasons as the Giants’ first base coach under Bruce Bochy and will return to Richmond, where he managed in 2015. Alguacil has aspirations of managing in the major leagues and is one of only two uniformed coaches from Bochy’s last staff who appears to be remaining in the organization.

The Sacramento River Cats announced manager Dave Brundage will return in 2020 after guiding the Giants’ affiliate to the 2019 Pacific Coast League and Triple-A championships. Brundage was in consideration for a role with the major league staff earlier in the offseason.

GREEN BAY, Wis. — Marshawn Lynch muscled his way into the end zone for two more postseason touchdowns for the Seattle Seahawks, capping an unexpected bonus chapter at what could have, this time, been the end of his NFL career. In Lynch’s typical do-it-his-own-way fashion, after Seattle was ousted in the divisional round by Green […]

As the Angels head toward the first workout of spring training on Feb. 12, we are providing a breakdown of how they stand with different aspects of their roster. Players acquired this winter include the method of their acquisition in parentheses. Up first, the starting rotation: 2019 RECAP The Angels endured yet another season in […]

EUGENE, Ore. — Sabrina Ionescu had a career-high 37 points to become Oregon’s all-time leading scorer, and the sixth-ranked Ducks handed No. 3 Stanford its first conference loss with an 87-55 victory Thursday night. Ionescu, from Miramonte High-Orinda, went into the game needing 24 points to match Oregon career leader Alison Lang, who had 2,252 […]