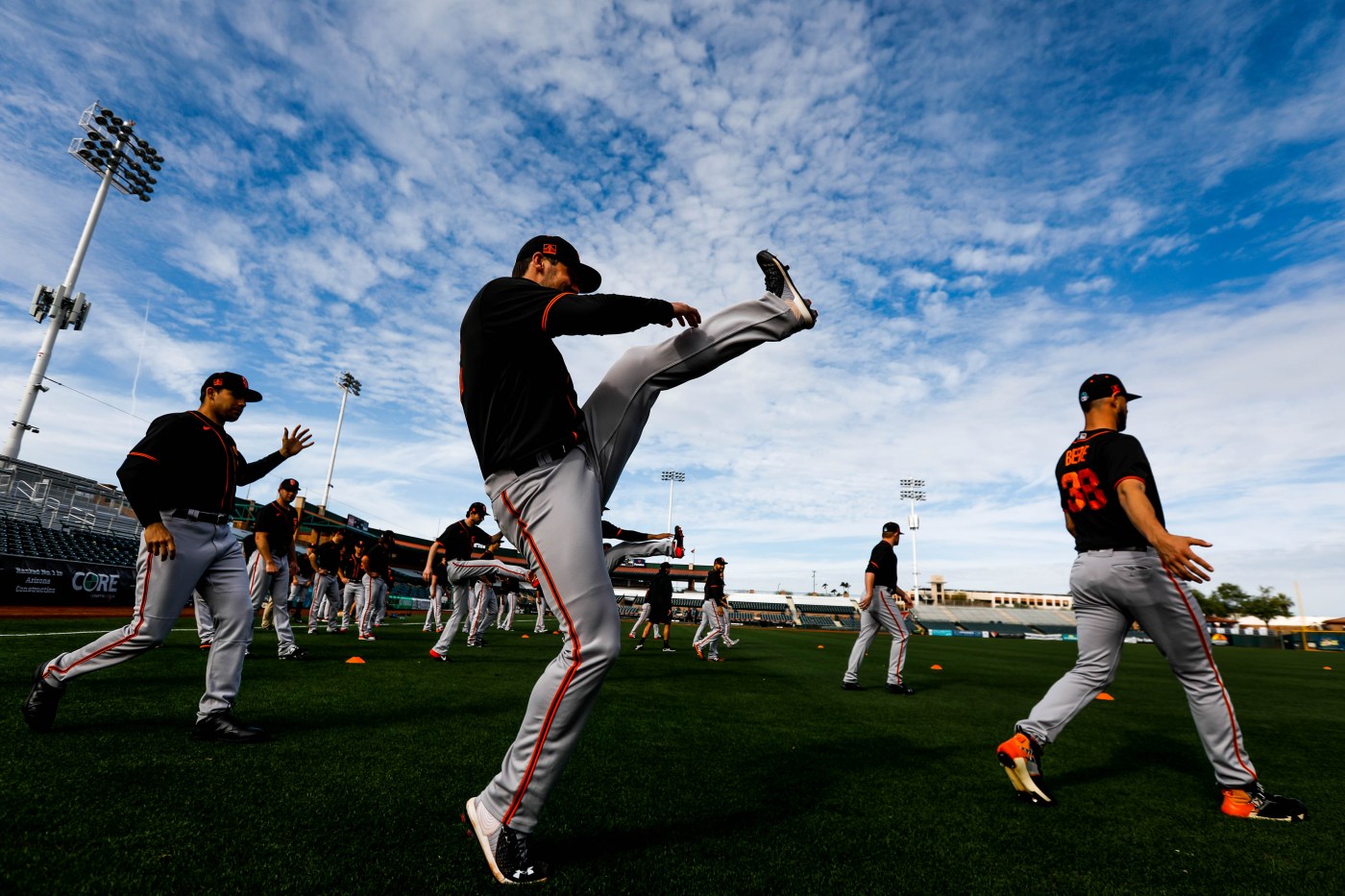 Forget about those halcyon first few days of spring training, when arranging for the right tee time on the right golf course is often more challenging than the work on the field.

When major leaguers including the Giants and A’s report this week for spring training 2.0, time will be one precious commodity with about three weeks to go before opening day.

“We’re going to have some live batting practices the first day they show up. Day 1 and Day 2. … Multiple ups for the starters,” Kansas City manager Mike Matheny said recently on a video conference call. “These guys are prepared for that. They’ve been hungry for it.”

All across the majors, the race is on to set up travel plans and work out the final details for training ahead of an unforgiving season of just 60 games. After intake coronavirus tests and a mandatory quarantine period while awaiting results, full-squad workouts likely will begin next weekend.

The regular season starts July 23 and 24, leaving a short period for players to prepare and a tricky balance for managers trying to get their teams ready while also worrying about potential health issues that could pop up with more frequency during a truncated training period. Related Articles

Projection: Who will make the A’s 30-man roster?

Baseball is back: What to expect when the San Francisco Giants hit the field

“I think that the biggest issue is going to be just the buildup,” White Sox catcher James McCann said. “I honestly think that everyone’s done everything they possibly can to stay in shape, from pitchers throwing and hitters hitting. But there’s only so many swings in a cage and so many, you know, non-adrenaline bullpens you can throw.

There is particular concern for starting pitchers, who take great care in building up their arms over an extended period. That’s one reason why active rosters will be 30 players during the first two weeks of the season, 28 during the second two weeks and 26 after that.

Brewers manager Craig Counsell said they could begin the year with as many as 17 pitchers.

“We have a bunch of guys that are much further along than I anticipated,” Counsell said. “So, I’m not as concerned about that as I would have originally thought when we departed in mid-March. They’ve all been throwing on a regular schedule. They’ve all been throwing to hitters. Now, the challenge when we ramp up intensity, what does recovery look like? That’s probably the thing I’ll think about the most.”

While spring training was suspended March 12, players haven’t exactly been sitting around this whole time. McCann worked out in former …read more

In a round-a-bout way, Nuggets play-by-play announcer Chris Marlowe has been here before. Last summer, he and his Olympic broadcast partner, Kevin Wong, called 10 days of the Beach Volleyball World Championships. For eight hours a day, the two were on the microphones calling matches from Stamford, Conn. Meanwhile, the tournament was actually being played […]

Colin Kaepernick, Nobel Peace Prize nominee? That is Dr. Harry Edwards’ impassioned goal for the former 49ers quarterback who, four years ago, famously protested against social injustice and police misconduct, issues that again are at the forefront of American society. “He should be nominated at least for the Nobel Peace Prize, not just in terms […]

In this packed edition of the First-and-Orange podcast, Denver Post beat writers Kyle Newman and Ryan O’Halloran discuss the current outlook for the NFL season starting on time with the preseason being cut in half. Plus, analysis on whether safety Justin Simmons will sign his franchise tender before the July 15 deadline, quarterback Cam Newton’s […]