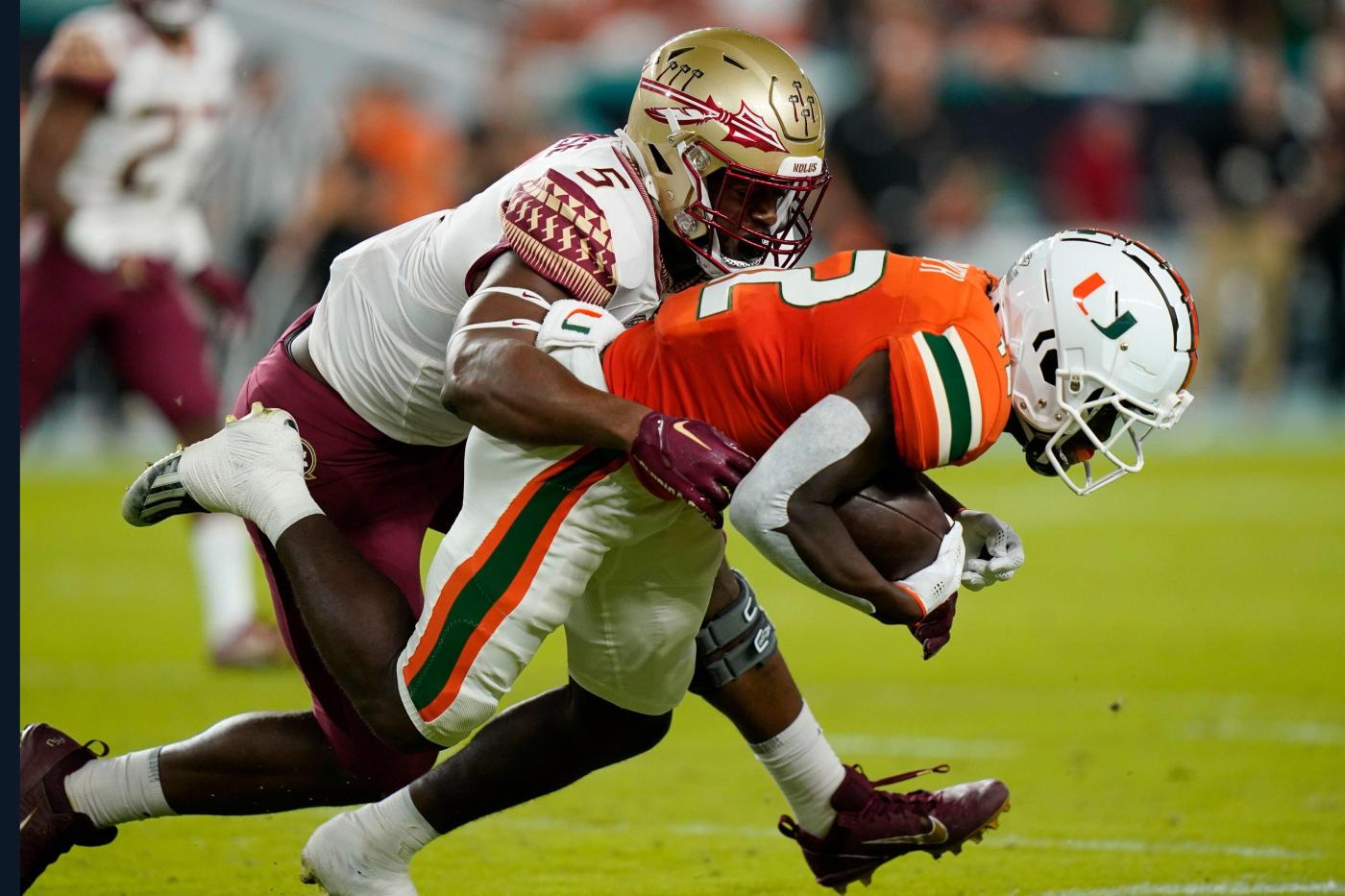 Florida quarterback Anthony Richardson said his NFL decision — along with others in his position — is personal, unique and challenging for all involved.

“It could be difficult,” Richardson said this week. “It could bring a lot of pressure on a person. But it’s honestly up to them and their judgment and what they want to do regarding their future.”

The Gators’ star is on the clock to decide his next step as the regular season concludes tonight at Florida State.

None has come close to generating the intense speculation and scrutiny surrounding Richardson, who at 6-foot-4, 232 pounds possesses a wide receiver’s speed, a running back’s vision and the ability to effortlessly throw a football 75 yards.

Richardson’s skill set has drawn considerable interest and curiosity while placing him under the microscope where his bouts of inaccuracy, shaky decision-making and occasional indecisiveness as a runner are magnified.

Walter Football, a respected NFL draft Web site, projected Richardson as the No. 3 pick after the Utah game but no longer has him in the second round. The redshirt sophomore entered the FSU game completing 55.7% of his throws, with 14 touchdowns and 8 interceptions, but also rushed for 613 yards and 9 scores in 11 games.

Richardson surely would impress at the NFL Scouting Combine, but also will make his 13th career start Friday night and could benefit from more seasoning and experience.

A weighty decision lies ahead.

An easier one might await Verse, whom Walter Football projects as the No. 15 pick. The 6-foot-4, 251-pound redshirt sophomore is tied for the ACC lead with 15 tackles for loss and second with 7.5 sacks despite missing time with a knee injury.

Torrence, at No. 55 by Walter Football, is the only Gator in the first two rounds, while Robinson is pegged as the No. 57 selection.

The 6-foot-5, 347-pound Torrence, a fourth-year junior, anchors a run game averaging 209.3 yards, third in the SEC. Robinson is a versatile redshirt junior able to line up at free safety, against slot receiver or in the box. He leads the team with 76 tackles and is second in 4 pass breakups and 4 quarterback hurries.

Dexter, a 6-foot-6, 312-pound junior, has intriguing potential and solid production — 48 tackles, including 3 sacks while faced with consistent double-teaming.

Even so, the 20-year-old’s NFL future is as uncertain as most in his position.

“They got to have a lot of talks with their family and just consider everything that’s happened,” Richardson said. “Sometimes …read more

Three months ago Jason Heyward and the Chicago Cubs agreed to part ways after the season. The move became official Monday when the Cubs granted Heyward his unconditional release. The 33-year-old outfielder is owed $22 million for 2023, the final year of the eight-year, $184 million contract he signed before the 2016 season. Heyward also […]

As the new-look Chicago Bears face Ryan Pace’s new team, the attention is on his last big move as GM — drafting Justin Fields

The most interesting seat at Mercedes-Benz Stadium this weekend might be the one next to former Chicago Bears general manager Ryan Pace. After the Bears fired Pace in January, he landed as a senior personnel executive with the Atlanta Falcons. The Bears team he will watch play the Falcons on Sunday is largely different than […]

WASHINGTON, D.C. — Nicolas Aube-Kubel and Darcy Kuemper know better than anyone else living in the nation’s capital what Nathan MacKinnon can do with a puck. They were witnesses to his brilliance for one season, the longest season of his career at that. The season he went coast-to-coast for a playoff hat trick. The season […]