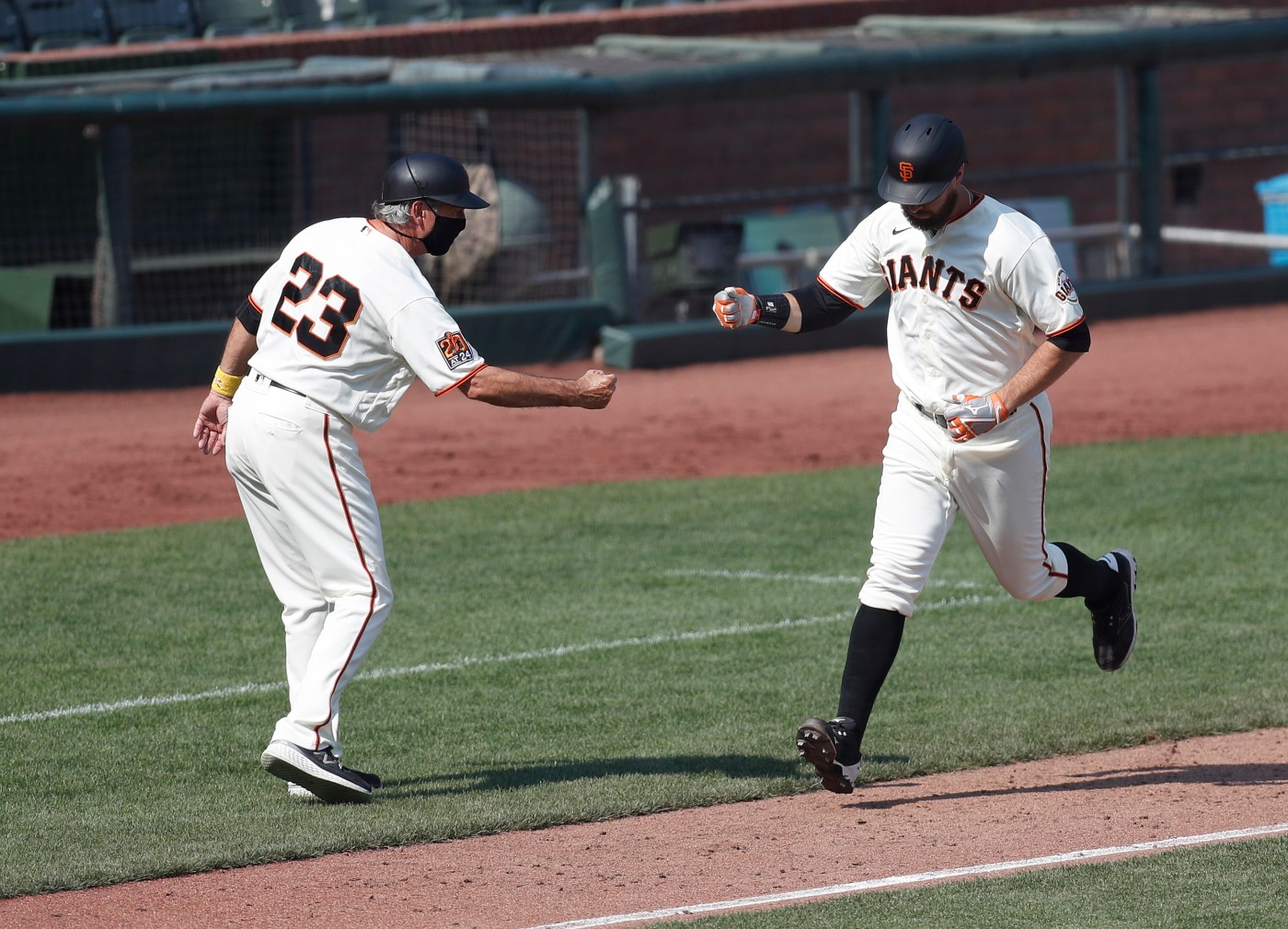 When the San Francisco Giants and first-year manager Gabe Kapler announced their 2020 coaching staff, the organization took criticism for its non-traditional approach to hiring.

The 13 major league assistants Kapler brought aboard formed the largest coaching staff in the big leagues, but with the exception of veteran third base coach Ron Wotus, the group was shy on experience.

With an Opening Day roster featuring several key veterans including Johnny Cueto, Brandon Belt and Brandon Crawford, some in the game wondered if the Giants were finished attempting to find ways to help their longest-tenured players make adjustments and more determined to hire coaches who could relate to younger talent such as Mauricio Dubón, Jaylin Davis and Joey Bart who represented the franchise’s future.

More than two-thirds of the way through a condensed 60-game season, the 20-21 Giants are still in the postseason hunt, but it’s not the newly acquired young players leading a turnaround from three consecutive losing seasons.

The 2020 Giants are more competitive and more entertaining than their previous three teams because of the changes the inexperienced coaching staff has helped implement and the willingness of veteran players to focus on development at the major league level.

With a .340 average and 1.117 OPS, Belt has emerged as the Giants’ most consistent offensive threat over the last three weeks as he’s 27-for-55 during the hottest stretch of his career. Since the Giants began a seven-game win streak on August 16, Crawford has posted a 1.079 OPS while third baseman Evan Longoria has solidified the middle of the lineup by slugging .534 with 13 RBIs during that same period.

Second-year outfielder Mike Yastrzemski’s two-strike approach has evolved and made him one of the game’s most dangerous hitters in tough situations while free agent signee Wilmer Flores is also among the league’s leaders in two-strike home runs and extra-base hits.

The Giants’ three hitting coaches –Donnie Ecker, Dustin Lind and Justin Viele– had coached in professional baseball for fewer than a combined 10 seasons prior to their hirings, but they’ve received consistent praise for having players hone in on the quality of their plate appearances as opposed to their results.

Game of the Week Tampa Bay at New Orleans The Saints are a 3 1/2-point favorite, but throw that out because there won’t be any fans rocking the Superdome and making it difficult for Tampa Bay’s Tom Brady to communicate. It will be the first time two quarterbacks in their 40s (Brady/Drew Brees) will start […]

Daulton Jefferies will make his Major League debut Saturday, slated to start the first game of Saturday’s doubleheader against the Texas Rangers, manager Bob Melvin announced Friday. Jefferies, one of A’s top pitching prospects, has been at the A’s alternate site in San Jose this season. That the 25-year-old right-hander is ramped up to start […]

Rockies Mailbag: Bullpen needs to rebound if there is any hope for Rocktober

Denver Post sports writer Patrick Saunders with the latest installment of his Rockies Mailbag. Pose a Rockies — or MLB — related question for the Rockies Mailbag. Patrick, thanks for all of your coverage of the Rockies in such a weird year. You’ve done a great job adjusting to this year’s “normal.” My questions fall on […]