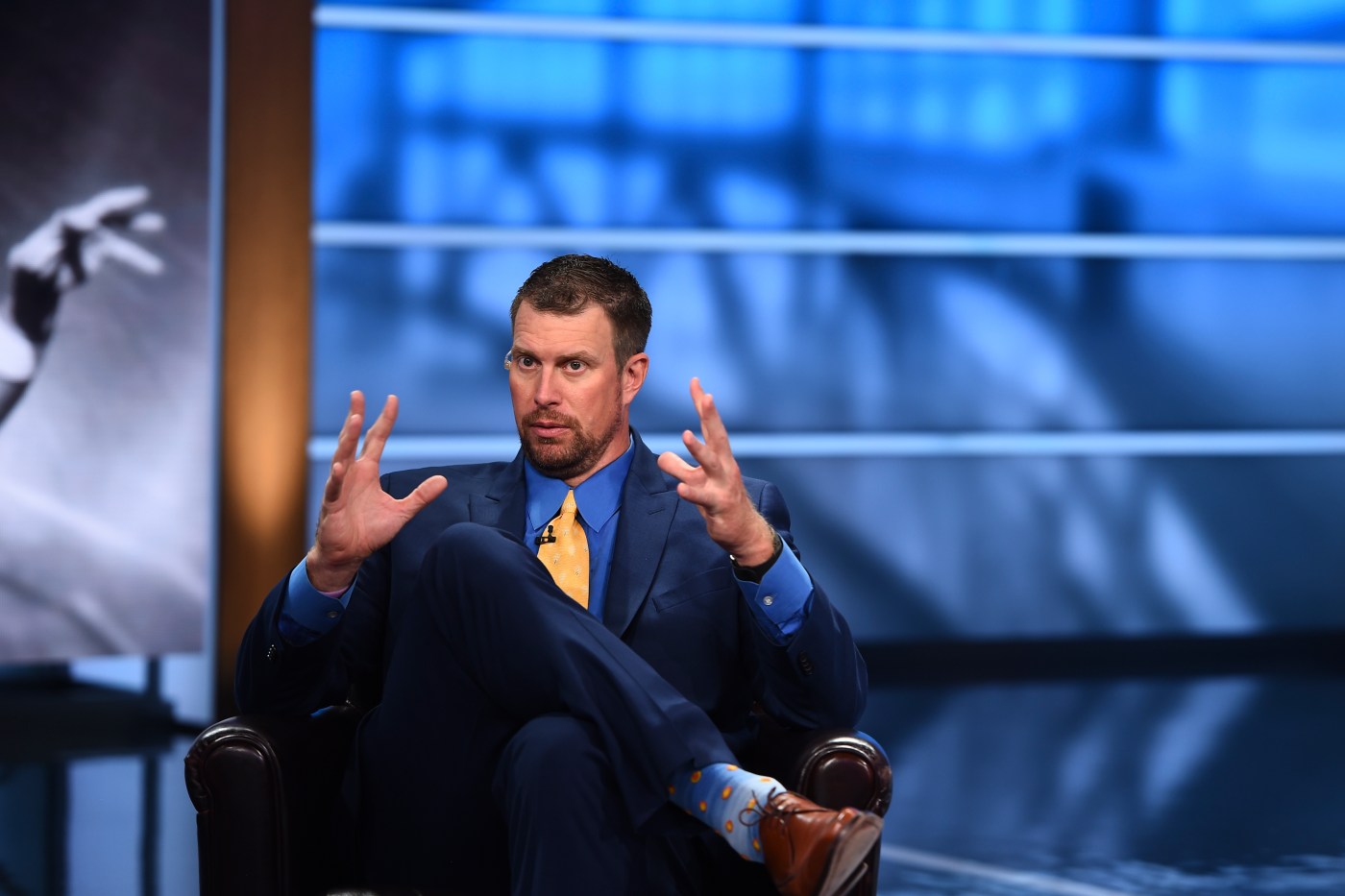 Leaf, 44, was arrested on a domestic battery charge in Palm Desert, which is about 110 miles (177 kilometers) southeast of Los Angeles, according to booking information provided by the Riverside County Sheriff’s Department on Saturday. Leaf is being held on $5,000 bail at the Larry D. Smith Correctional Facility.

It wasn’t immediately known if Leaf had a lawyer who could speak on his behalf.

Leaf finished third in Heisman Trophy voting in 1997 and led Washington State to the Rose Bowl. He was drafted by the San Diego Chargers as the No. 2 pick in 1998, but he was only 4-14 as a starter in three seasons. He was 0-3 with the Dallas Cowboys in 2001 and finished his four-year career with 14 touchdown passes and 36 interceptions.

He was arrested in 2012 for breaking into a home in Montana to steal prescription drugs, which violated his Texas probation and led to prison.

Last July, Leaf was hired by ESPN to be a football analyst. Leaf worked for the Pac-12 Network last season and has been co-hosting a show on SiriusXM’s Pac-12 channel.

Kiszla: Why the CU Buffs and CSU Rams should consider playing twice in 2020 football season

Colorado State football coach Steve Addazio is a dude, and dudes aren’t scared of no stinkin’ coronavirus. Addazio is worried about beating the CU Buffs in the season-opener Sept. 5, not becoming the next victim of a pandemic that has killed more than 85,000 Americans. I asked Addazio, a husband and father who celebrates his […]

John Raoux, The Associated PressTony Ferguson, left, falls backward after taking a punch from Justin Gaethje during a UFC 249 mixed martial arts bout, early Sunday, May 10, 2020, in Jacksonville, Fla. It’s been quite a ride for Justin Gaethje these past eight months. After beating Donald Cerrone via technical knockout in September 2019, the […]

Coronavirus: University of California campuses will open in the fall, Napolitano says

University of California president Janet Napolitano said Wednesday that “every campus will be open and offering instruction” this fall despite the coronavirus outbreak that has shuttered most campus activity across the state. “The question will be how much of that instruction is in-person versus how much is done remotely,” Napolitano added during remarks to the […]