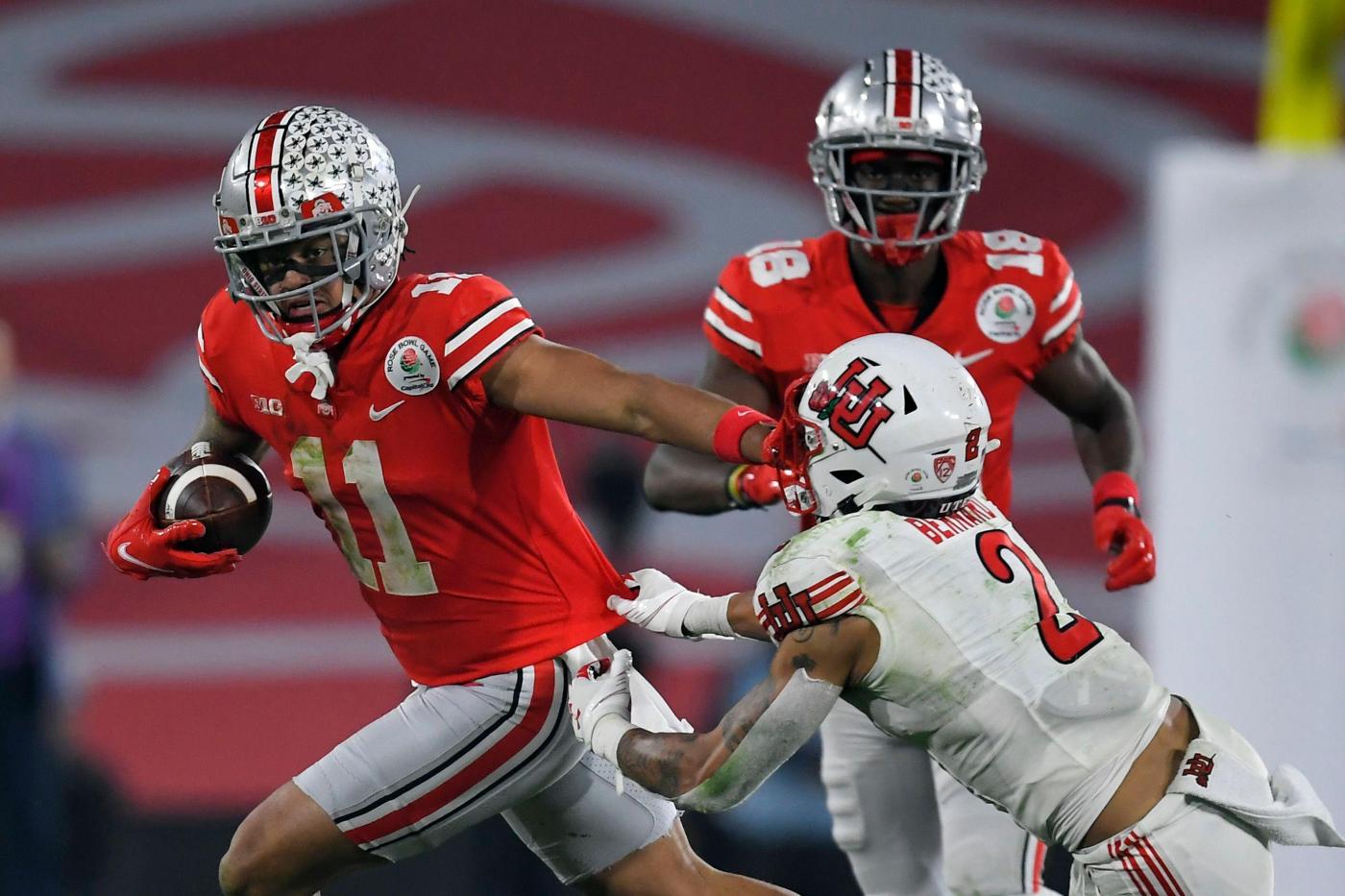 On Wednesday morning, ESPN’s Mel Kiper released the first version of his 2023 mock draft. He had a surprising selection for the Jets at pick No. 13.

“The Jets picked Garrett Wilson at No. 10 last April and he had 83 catches for 1,103 yards as a rookie, but for the Buckeyes in 2021, it was his teammate Smith-Njigba who was their top wideout, as he put up 1,606 yards, doing damage mostly out of the slot,” Kiper wrote.

But ESPN’s resident draft expert points out that a “nagging hamstring injury” is a big question mark for Smith-Njigba heading into the draft. After his stellar sophomore campaign, he played just three games and caught five passes.

“The Jets had a stellar draft last year, Smith-Njigba would be a great start for this one. I know, this makes back-to-back top-15 picks on receiver for the Jets, but Smith-Njigba is worth it because of what he and Wilson can do together.”

The hamstring injury cost the 6-0, 197-pounder most of the season, but the year before he was one of the best players in the nation and was a third-team All-American. He was also the Rose Bowl game MVP after he caught 15 passes for a staggering 347 yards and three touchdowns in a victory against Utah.

The Jets certainly have other needs they could address in the first round of the 2023 draft — quarterback, offensive tackle and safety — but wide receiver is an area they could target. Gang Green needs another playmaker at the position as the offense struggled mightily down the stretch.

The Jets averaged 11 points per game over the final five games, the lowest in the NFL during that span. That includes the final three weeks of the season when the Jets went without scoring a single touchdown in losses against the Jaguars, Seahawks and Dolphins.

As the Jets enter the offseason, there are a lot of questions at receiver, so Smith-Njigba makes some sense. Both Denzel Mims and Elijah Moore had separate trade requests during the season and veteran Corey Davis could be a salary cap casualty.

Davis signed a three-year, $37.5 million contract with the Jets in 2021. He has 66 receptions for 1,028 yards and six touchdowns over two seasons with the team. However, injuries have been frequent during his first two seasons.

In 2021, Davis played a career-low nine games as he missed two with a hip injury and six with a groin injury that required core-muscle surgery. This season, Davis missed a month because of a knee injury.

It’s difficult to see the Jets selecting a wide receiver with their first pick in Round 1, but certainly not out of the realm of possibility, especially if they address many of their needs during free agency, which begins March 15.

The Orioles again have baseball’s No. 1 prospect. They could make it three in a row.

This time last year, Gunnar Henderson wasn’t among Baseball America’s 50 best prospects in the sport. Wednesday, the Orioles’ infielder was atop the publication’s top 100, going back-to-back in leading the rankings with fellow 2019 draftee Adley Rutschman. Even after Henderson, a 21-year-old infielder, graduates from prospect status early this season, the Orioles will have […]

Entering 2023 the Colorado Rapids front office had targets for positions of need, notably for a goalkeeper, a center back and a left back. It is increasingly looking like Colorado could lock in all three positions by the end of the month. On Wednesday, league sources confirmed to The Post that the Rapids are “working […]