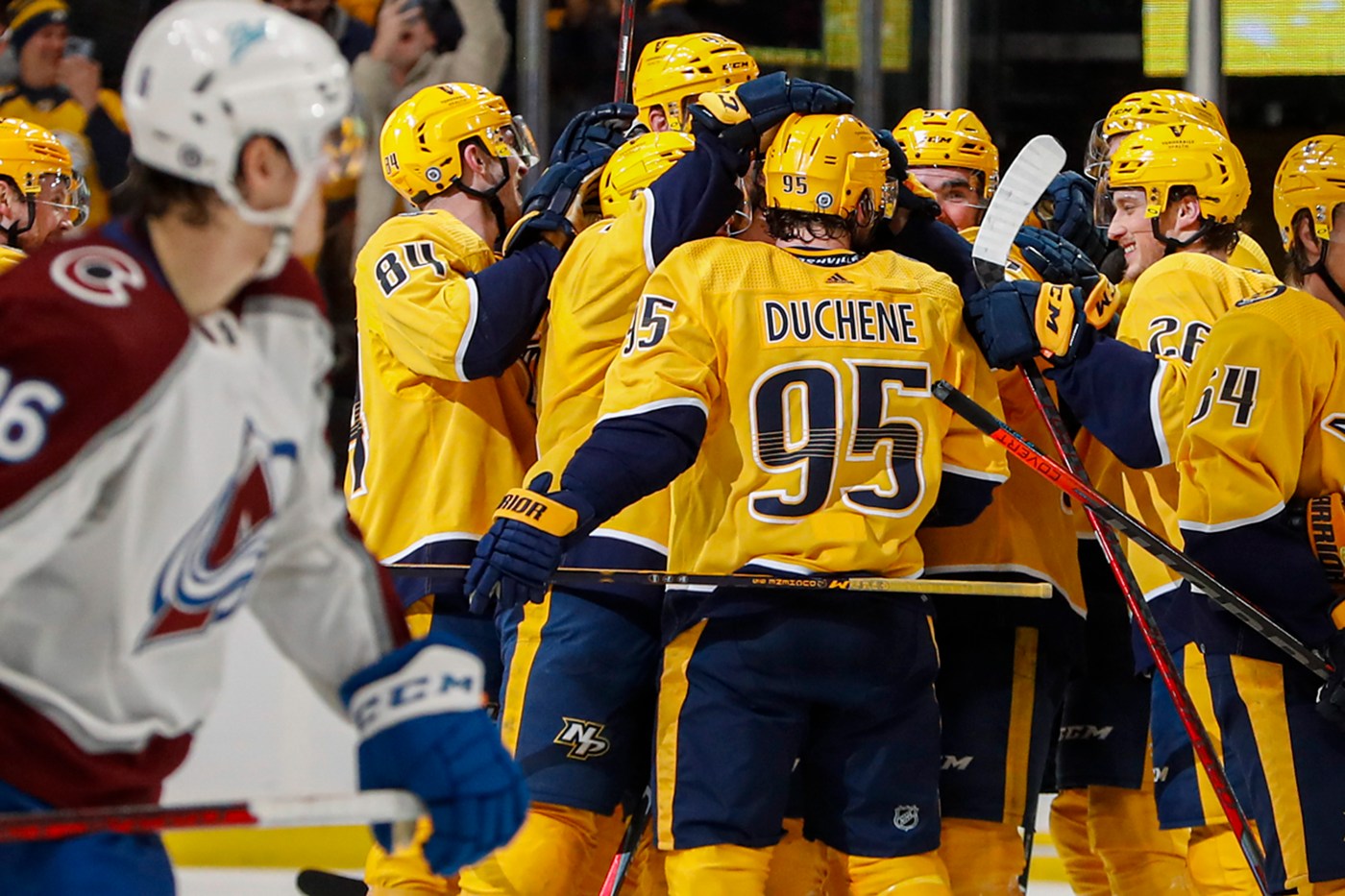 The questionable and costly overtime penalty against the Avalanche on Tuesday in Nashville is “defendable” by the rulebook, ESPN rules analyst Dave Jackson told The Denver Post on Wednesday.

Jackson, a retired NHL referee living in Highlands Ranch, said referee Dean Morton likely called the Avs’ bench minor for too many men because winger Mikko Rantanen jumped onto the ice too early — before he was eligible to change for center Nathan MacKinnon. The primary television game feed used by Altitude showed what appeared to be a good change by Rantanen and MacKinnon, but it began well after Rantanen jumped onto the ice, stood against the boards, and ultimately gained possession of the puck when MacKinnon was on the bench.

A choppy video backed up the sequence, which led to the Predators’ power-play goal and 4-3 victory in OT.

This video from Nashville might prove Mikko Rantanen changed for Nathan MacKinnon beyond 5 feet. Rantanen then played the puck in an advantage he might not have had if he changed within the 5-foot rule. #Avs assessed 2-many and lose on PPG in OT pic.twitter.com/kzA7P1QVvs

“In my new position, I like to explain the rules and the criteria of each call and how the call gets made and what the rulebook says,” Jackson said. “I don’t like to second-guess any official on his judgment because I’m not in their skates. I’m not on the ice, physically drained in OT, dealing with the stress of the moment. To second-guess them from my couch on a judgment call is not fair.”

Avalanche winning streak climbs to five games, each from a comeback: 5 takeaways from the 4-3 triumph over Seattle

Avalanche is on a 17-3-1 tear, despite poor penalty killing. A new PK plan on tap

That said, “I’m assuming that the referee felt Rantanen gained an advantage that he shouldn’t have been entitled to had he waited on the bench.”

Jackson, who referred 1,550 NHL games over 29 years, was working the ESPN-produced game at San Jose when the Avs and Preds were in overtime. He later scoured video from Nashville.

“I didn’t talk to the referee, but what I’m looking at, is that Rantanen comes onto the ice way too early. When he hits the ice, MacKinnon is still 20-25 feet away,” Jackson said. “Rantanen stands by the boards, and there’s four guys …read more

Michael Malone took a few steps onto the court, raised both hands and waited for the requisite fist bumps. They would come, but only after Bones Hyland soaked in just a bit more love from the rowdy Nuggets crowd. On a Saturday night, with a healthy smattering of Lakers jerseys dotting Ball Arena, the Nuggets […]

Brian Flores was fired after three seasons as Miami Dolphins coach, a source confirmed to the Sun-Sentinel on Monday. Dolphins owner Steve Ross will not be attempting to hire Michigan coach Jim Harbaugh, according to a league source. The Dolphins also will not fire General Manager Chris Grier, a league source said. Flores was 24-25 […]