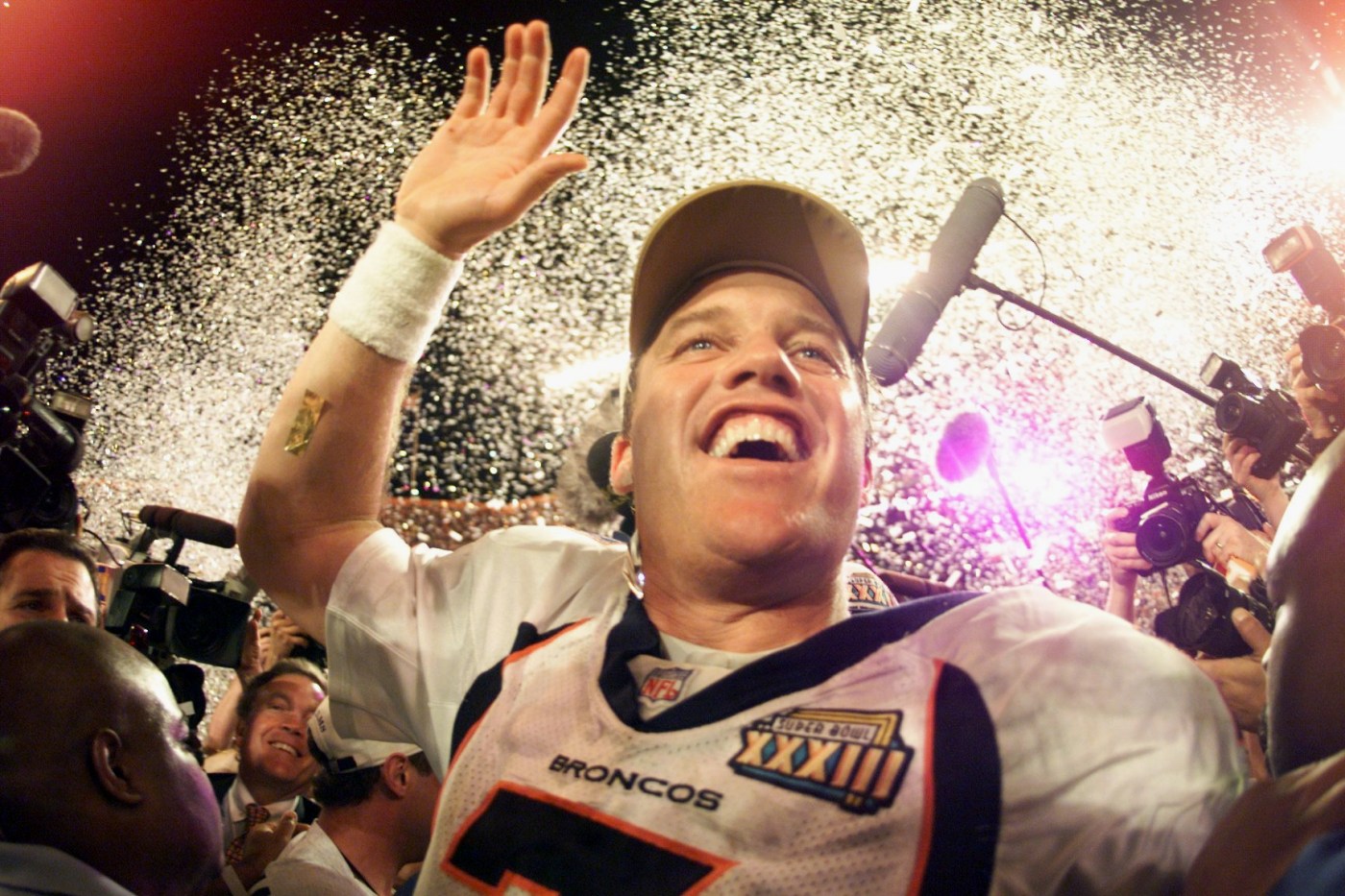 Cole’s 368-page book drops as Elway starts his 26th year with the Broncos, the first 16 as a Pro Football Hall of Fame quarterback and 10 as the current personnel chief.

Cole answered questions from The Denver Post last week about the book:

(Some answers have been edited for context and length.)

Q: You start the book by writing about being a Stanford undergrad in 1980 and watching Elway play against California. Following Elway all these years later, what was compelling about him as a book subject?

A: “As the title indicates, the quality I find most compelling about Elway is his relentless pursuit of competition, joy, happiness — whatever you want to call it. I covered Dan Marino when he tried to become an executive with the Miami Dolphins. I could tell from Day 1 that Marino didn’t want to put in the long days or do the thankless work that goes into being a football executive. He quit in two weeks. Most people of that stature don’t go into management because it’s a lot less glamorous and less fun than everybody thinks. Elway loves it so much he did it for years in the Arena League to prepare. He’s still doing it now even as the Broncos are trying to get back to the top. You have to want it. Deeply, passionately. When you’re a guy like John Elway, you can basically sit in your backyard, print money just being yourself and live easy. He refused and I wanted to know why. What made him go on this relentless chase of competition?”

Q: “The Drive” in Cleveland remains memorable all these years later. As you watched the drive and interviewed sources for the book, what resonated for you?

A: “The final 11 plays of ‘The Drive’ are either passes or runs by Elway. It becomes his show and his show alone. Coach Dan Reeves basically cedes control of the game to Elway, even though there was a lot of time left on the clock at the beginning of the series.

“Even the overtime drive to win was pretty much Elway’s work. There is a moment during ‘The Drive’ when the camera flashes to Reeves on the sideline, dressed in that trench coat, basically staring at what was going on and allowing Elway to just be himself.

“To me, there are two ways to look at that moment. First, it was a breathtaking achievement that is captured in everybody’s memory forever. That’s the sports fan/historical perspective. The second way to look at it is how hard-headed Reeves was. Here is Elway proving that he can handle the biggest moment under incredible duress (at least on a sports level) and Reeves’ reaction was not to say, ‘Hey, he can handle more and maybe we can do what the 49ers and Dolphins are doing on offense.’ It was to maintain …read more

Pro Bowl tackle Trent Williams is making quite the impression in his first game with the 49ers. In the second quarter of the Niners’ season opener against the Cardinals at Levi’s Stadium, Williams absolutely pancaked an Arizona defender on a misdirection play. As Cardinals linebacker Jordan Hicks watched a play-action fake to Kendrick Bourne, Williams […]

Nuggets coach Michael Malone said Monday he expects point guard Jamal Murray to be “ready to go” come Tuesday’s winner-take-all Game 7 against the Los Angeles Clippers in the Western Conference semifinals. Murray was leveled early in the third quarter on a layup by Clipper wing Paul George and was on the ground writhing in […]

Rockies’ bullpen fails, offense a no-show in another loss to Dodgers

The Rockies’ discombobulated season of discontent continues. An imploding bullpen and a disappearing offense were the usual suspects in a 9-3 loss to the powerful Dodgers Thursday night at Coors Field. The Dodgers have won eight of their last 11 games in LoDo, dating back to last season. The Rockies managed only five hits, just […]