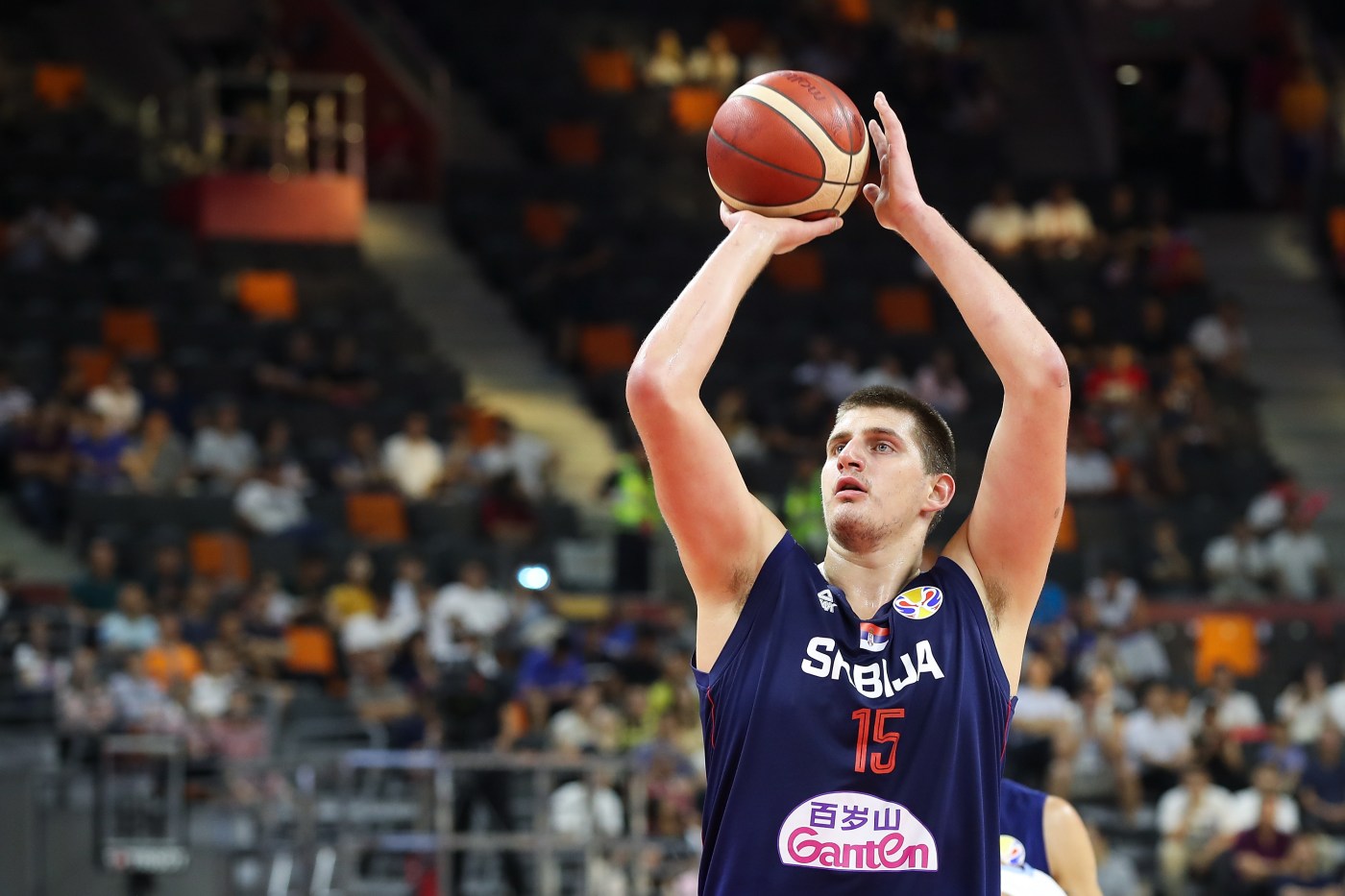 Nikola Jokic is having a good birthday week. The Denver Nuggets center was named an All-Star starter on Thursday, celebrated his 26th birthday Friday and they’re honoring the local hero back in his home town.

Almost 6,000 miles from Denver, in Sombor, Serbia, around 6,000 school children got T-shirts with Jokic’s face and their city’s name on it.

All elementary school children in Sombor (around 6000) got a Jokic shirt yesterday. from denvernuggets

Around 50,000 people live in Sombor, which is what Jokic’s signature move — the Sombor Shuffle, a one-legged hopping fadeaway — is named after.

Jokic is averaging 27.4 points, 11.1 rebounds and 8.6 assists per game this season, his sixth, and will play in the NBA All-Star Game for the third year in a row. He is midseason candidate for MVP as the Nuggets are currently 15-13, holding on to the No. 8 spot in the Western Conference.

Nuggets’ Facundo Campazzo makes most of first career NBA start: “He was leading us”

Kiszla vs. Chambers: Is it too late for Avalanche’s Nathan MacKinnon to jump into the MVP race?

Kiz: As everyone knows, I’m a lover not a fighter. But I will drop the gloves with any knucklehead that tries to tell me Avs center Nathan MacKinnon isn’t the best hockey player in the world. Anyone who saw Mack’s spectacular goal after an end-to-end rush against Las Vegas knows he’s the undisputed No. 1. […]

Padres’ Tommy Pham lucky to be playing again after stabbing

SAN DIEGO — Tommy Pham knows how lucky he was to be in the starting lineup for the San Diego Padres in their spring opener on Sunday, 4 1/2 months after he was stabbed in the lower back during an altercation in the parking lot of a strip club. It could have been much worse. […]

Gonzaga and Baylor remain atop The Associated Press men’s college basketball poll in a week of little change. The top five from a week ago remained the same in the poll released Monday and no teams dropped out of the AP Top 25. Gonzaga received 60 first-place votes from a media panel on Monday and […]