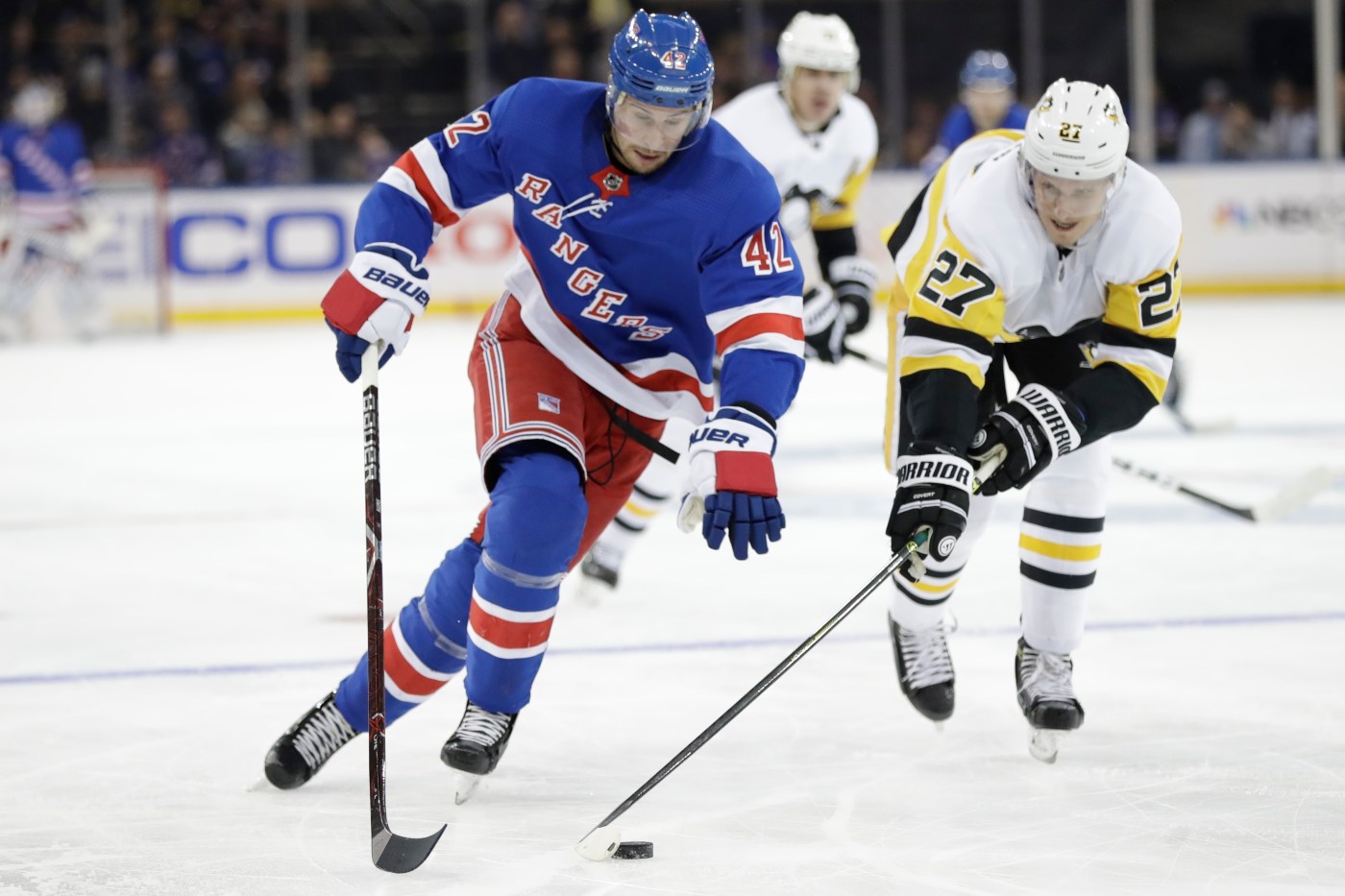 Brendan Smith caught his breath for a few seconds on the bench before New York Rangers coach David Quinn called his name again.

Smith had just skated a shift as a defenseman and was needed at forward, too. The natural defenseman hopped over the boards and got back on the ice at a different position.

“The more I do it, I get more comfortable,” he said.

Smith is one of a couple of throwback-style players bouncing between forward and defense this season. He and Florida’s Mark Pysyk are the latest to follow the lead of Hall of Famers Red Kelly and Mark Howe and present-day Brent Burns and Dustin Byfuglien, and their experience could open the door for more multiposition players in a sport that usually defines being a center, wing or defenseman very specifically.

“It’s definitely different,” Pysyk said. “I think guys at this level probably could make the switch given enough time to get comfortable with their new position because everybody skates well.”

Former CU Buffs star Kordell Stewart earned the nickname “Slash” by playing quarterback and wide receiver in the NFL and slugger/pitcher Shohei Ohtani can star for the Los Angeles Angels in multiple ways in baseball. But specialization in hockey starts early as it does in other sports — forwards, defensemen and goalies all tend to be identified as such at a young age.

Smith as recently as Thursday shifted from his regular wing position back to defense to fill amid injuries, and the same night, Pysyk — back for another stint at forward — scored his third goal of the season. For one game in November, (almost) lifelong defenseman Tyler Lewington played a few shifts up front for the salary-cap strapped Washington Capitals when they could only dress 11 forwards.

“There’s a lot more to a forward’s game than I thought before,” said Lewington, 25, who hadn’t played forward since he was 10. “It’s something that’s not easy.”

This kind of thing was more common in the 1920s and ’30s, Kelly played his first 12-plus seasons in Detroit as a defenseman and next eight-plus in Toronto as a forward, winning the Stanley Cup eight times — four at each position. Howe played his first three World Hockey Association seasons as a left winger alongside dad Gordie and brother Marty before switching to defense full-time.

Before video was more prevalent, Howe used to watch game replays late at night to figure out how to hone his game on the blue line. He made the Hall of Fame primarily for his time as a defenseman. Before and after his transition, he noticed differences like fewer scoring chances in practice as a defenseman — and more idle time on the bench as a forward biding his time for the next shift.

Now pro scouting director with the Detroit Red Wings, Howe called Smith the perfect example of a player who can adjust to the variations of playing forward and defense.

Less than a year after his dismissal from the Colorado Rapids, Anthony Hudson has been selected to take over U.S. Soccer’s Under-20 team, a source has confirmed. Hudson replaces Tab Ramos, who was hired this offseason to manage the Houston Dynamo. Ramos was a candidate to replace Hudson in Colorado this summer, but the Rapids […]

Nick Bosa marvels at 49ers teammate Dee Ford: ‘I wish I could scare people with my presence’

SANTA CLARA — 49ers’ defensive end Nick Bosa is jealous of his teammate Dee Ford. Bosa’s name was all over the stat sheet in his team’s 27-10 defeat of the Minnesota Vikings on Saturday, but the rookie said there’s more to finding success along the defensive front than racking up sacks and quarterback pressures. “I […]