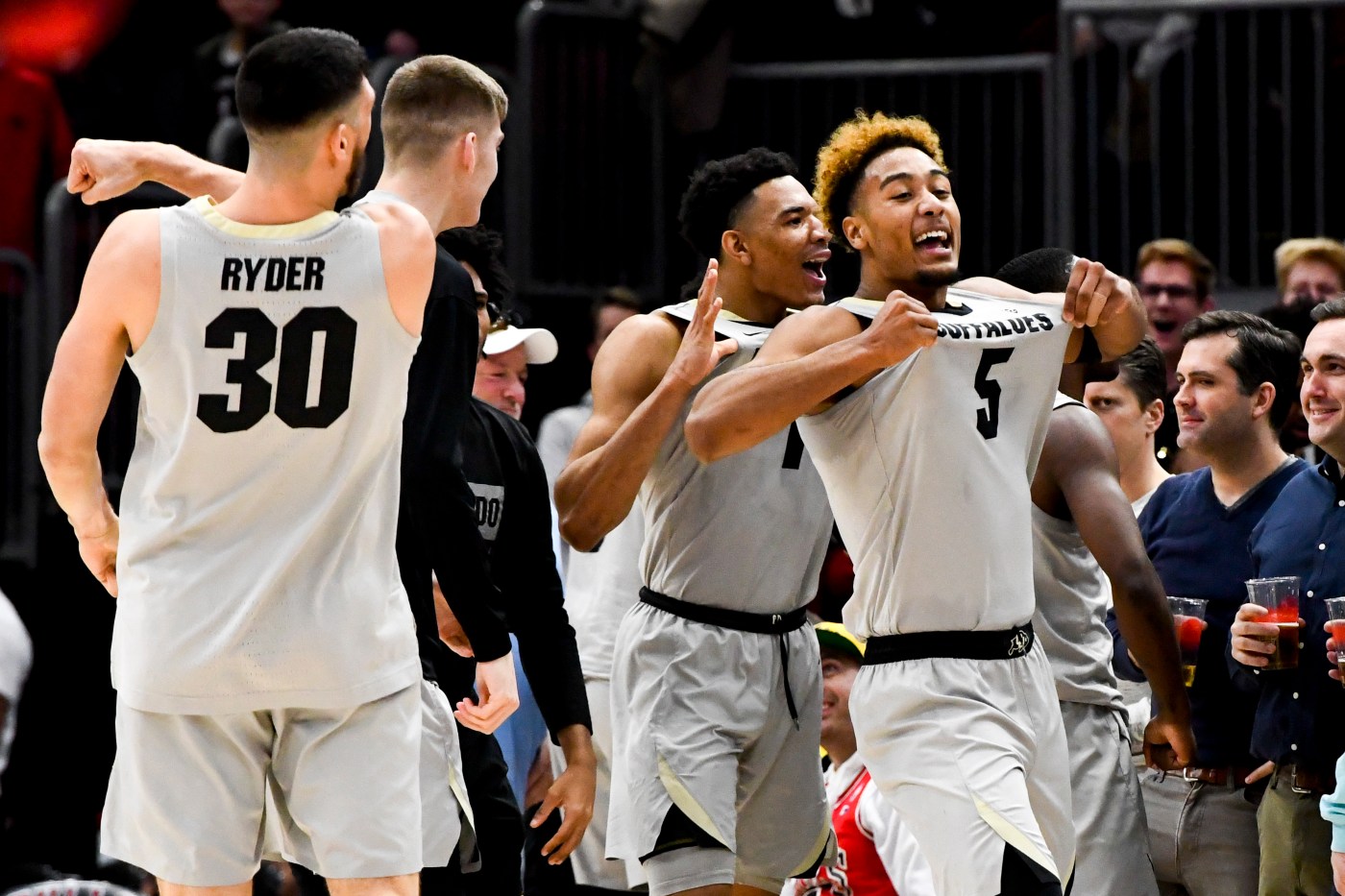 BOULDER – During the predawn hours last summer, CU’s D’Shawn Schwartz planted the seeds for the breakout season he’s having this winter for the 16th-ranked Buffs.

He convinced his trainer, Trey Harris, to buy a shot machine so he could shoot at 5 a.m. each morning in his hometown Colorado Springs gym, where the former Sand Creek star sank 500 shots a day. It was a grind that allowed him to sharpen his shooting mechanics as well as his mental toughness.

“We were monitoring the trajectory of the ball, we were counting swishes, how his feet were set, how close his feet were together,” Harris said. “It was meticulous and a different dynamic of shooting practice — it made him mentally lock in, and he’s carried that focus on preparation onto the court this season.”

Schwartz, a 6-foot-7 junior, is averaging 11.3 points and 3.6 rebounds for the Buffs, who sit tied with Oregon atop the Pac-12 standings heading into action late Saturday. He’s shooting 39.6% from 3-point range, and his uptick in production this season is a major reason why Colorado appears on its way to a fifth NCAA Tournament trip under coach Tad Boyle.

Amid record-setting college career at Pepperdine, ex-Eaglecrest star Colbey Ross is still flying under the radar

“Last year, I was a starter, but I wasn’t playing at the level I feel like I’m capable of playing at,” Schwartz said. “Being able to lock in mentally was hard for me, because I wasn’t seeing the results I wanted. But in the summer, I shifted my mindset. I stopped worrying about the results and started to worry about the process.”

Schwartz, who came to Boulder after an All-Colorado career at Sand Creek, found adjusting to Division I basketball from the Class 4A level “pretty difficult,” particularly at the defensive end.

“Freshman year, coach challenged him to be a better defender and rebounder, because he was mainly just a shooter at that point coming out of high school,” said redshirt sophomore forward Evan Battey, Schwartz’s roommate. “He set his eyes on those improvements, and now he’s one of our best defenders.”

Schwartz’s emergence as a potent scoring threat alongside Tyler Bey and McKinley Wright IV has added another dimension to CU’s offense. The Buffs are 14-2 when Schwartz scores in double digits; 5-4 when he doesn’t.

With the NBA trade deadline come and gone, the Nuggets made a pair of moves that has altered the makeup of their bench and added another first-round pick in this coming draft. Here’s a look at how the national media graded the Nuggets’ deals: Four-team blockbuster deal AAron Ontiveroz, The Denver PostJuan Hernangomez (41) of […]

The Rockies announced 21 non-roster invitations to major league spring training on Wednesday, with former Colorado ace Ubaldo Jimenez headlining the list. Jimenez, 36, last pitched in the majors for the Orioles in 2017, going 6-11 with a 6.81 ERA. The 6-foot-5 right-hander pitched for Colorado from 2006 to 2010, amassing a 56-45 record with […]

The Grand Valley Cardinals easily handled the Paonia Eagles by a score of 53-18 on Tuesday, Feb. 4. Taygann Schoeppner lead Grand Valley with 14 points scored while also collecting one rebound and one assist. Kirstin Medina had a notable night, scoring 11 points. Both teams will stay at home in their next contest, with […]