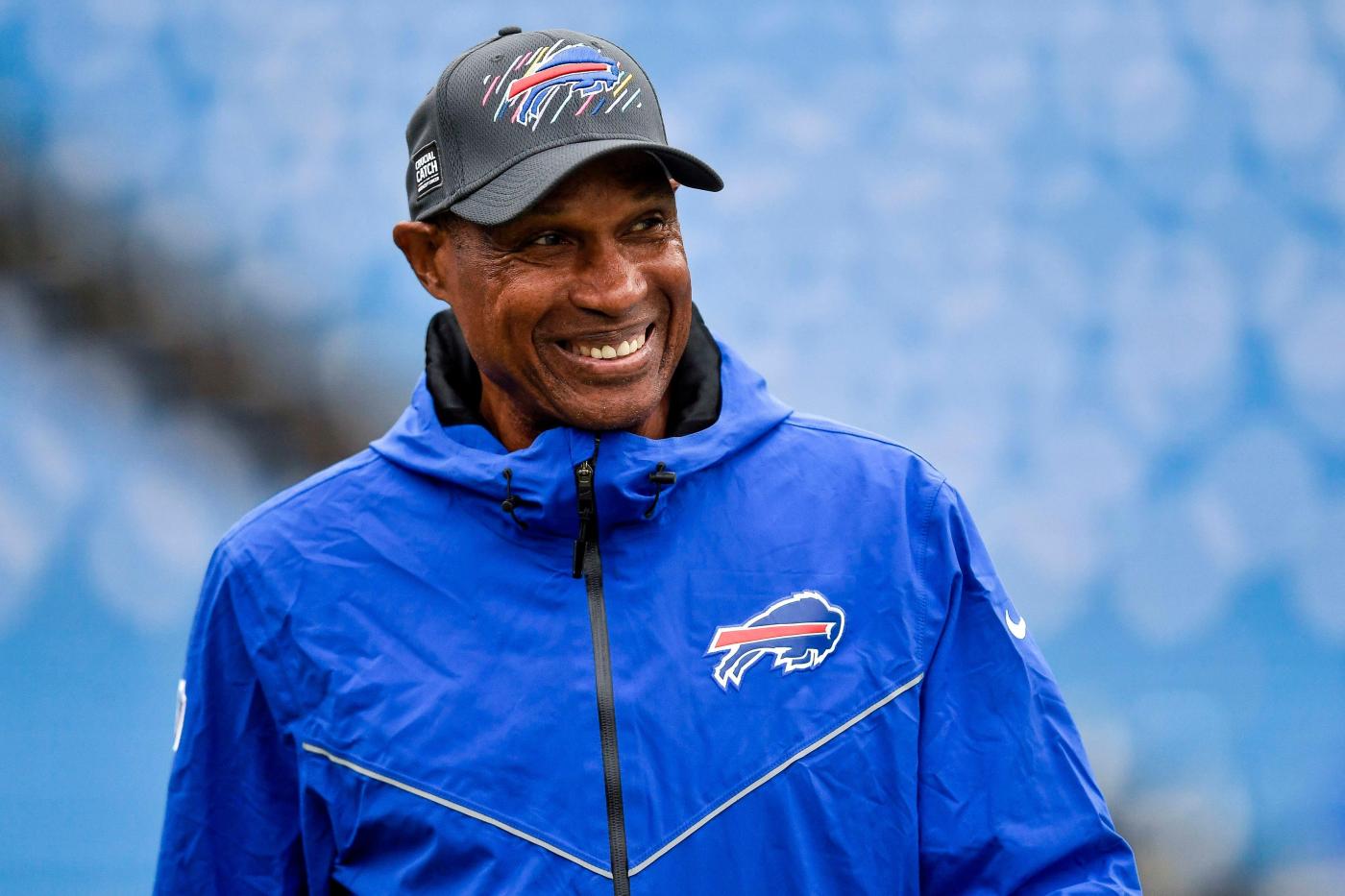 The Miami Dolphins have reportedly requested to interview Buffalo Bills defensive coordinator Leslie Frazier, bringing their total to six, as of Wednesday evening.

Frazier also serves as assistant head coach with Buffalo, where he has been since 2017. He was head coach of the Minnesota Vikings from 2011 to 2013, compiling a record of 21-33-1, including playoffs. He was interim head coach for Minnesota to finish the 2010 season.

News of the Dolphins’ interest was first reported by MMQB on Wednesday night, and then by ESPN and NFL Network.

Frazier, 62, has also been coordinator with the Tampa Bay Buccaneers (2014-15), Vikings (2007-10) and Cincinnati Bengals (2003-04). He was defensive backs coach and assistant head coach to Tony Dungy on the 2006 Super Bowl-winning Indianapolis Colts.

As a player, he also won a Super Bowl with the 1985 Bears. The defensive back had 20 interceptions in his five-year playing career from 1981-85.

Between Frazier and Joseph, the Dolphins would fulfill the requirement of interviewing at least two external minority candidates under the NFL’s Rooney Rule. Named after Dan Rooney, the former owner of the Pittsburgh Steelers, the rule is designed to encourage diversity and inclusion in the hiring practice.

The Dolphins have an opening after firing coach Brian Flores on Monday morning, despite his completion of back-to-back winning seasons, the latest a 9-8 2021 campaign after starting the year 1-7. Flores went 24-25 in three seasons at the helm with the Dolphins, although that counts an 0-7 start in 2019, when he was working with a roster depleted of talent and ended up winning five of his last nine that year.

There are six other NFL head coaching vacancies this offseason, with the Dolphins joined by the New York Giants, Chicago Bears, Denver Broncos, Vikings, Jacksonville Jaguars and Las Vegas Raiders.

MELBOURNE, Australia — The Australian Open draw was delayed indefinitely on Thursday amid uncertainty over top-ranked Novak Djokovic’s visa status. The draw, to determine men’s and women’s singles brackets at the year’s first tennis major, was scheduled to be held at 3 p.m. local time in Melbourne, but a tournament official told waiting media that […]

What to know about Dolphins’ six coaching candidates they’re interviewing

As of Thursday afternoon, the Miami Dolphins have six head coaching candidates they are known to be pursuing interviews for. The position became vacant on Monday morning, when the Dolphins announced the surprising firing of ex-coach Brian Flores. Flores had just completed back-to-back winning seasons after exceeding expectations in his first year at the helm […]

What now? Or, to look at it from another angle, considering the Miami Dolphins got it all backwards: Now what? Brian Flores is out as coach. General Manager Chris Grier stays. That’s the reverse of the manner change should have come from any sane and rational view. Flores was 19-14 the past two rebuilding years. […]