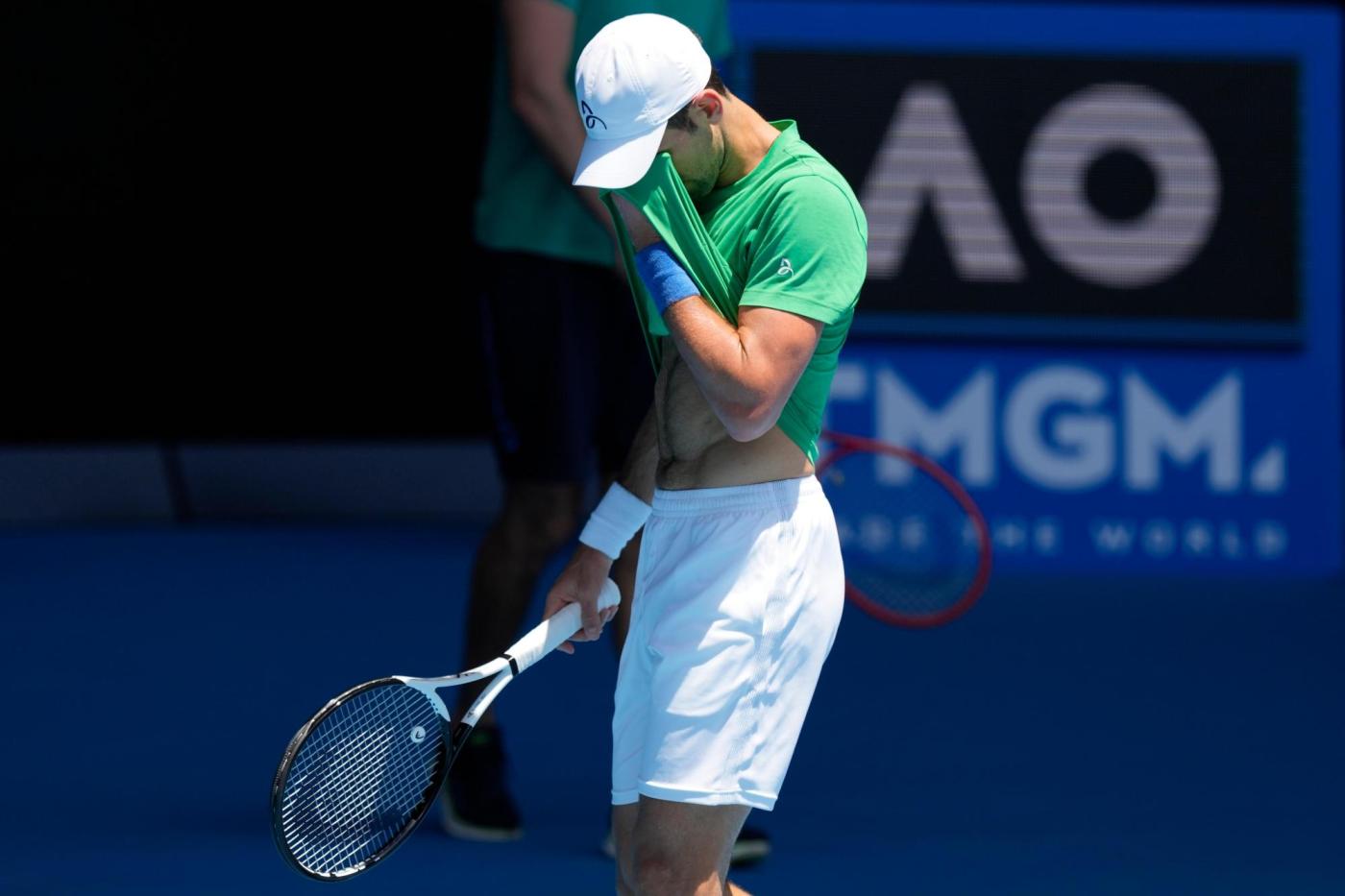 MELBOURNE, Australia — Novak Djokovic faces deportation again after the Australian government revoked his visa for a second time, the latest twist in the ongoing saga over whether the No. 1-ranked tennis player will be allowed to compete in the Australian Open despite being unvaccinated for COVID-19.

Djokovic’s lawyers were expected to appeal at the Federal Circuit and Family Court, which they successfully did last week on procedural grounds after his visa was first canceled when he landed at a Melbourne airport.

Deportation from Australia usually leads to a three-year ban on returning to the country. That would make Djokovic 37 the next time he would be allowed to compete at the Australian Open.

Hawke said he canceled the visa on “health and good order grounds, on the basis that it was in the public interest to do so.” His statement added that Prime Minister Scott Morrison’s government “is firmly committed to protecting Australia’s borders, particularly in relation to the COVID-19 pandemic.”

Morrison and Hawke are part of a conservative government which prides itself on being tough on border control.

“This pandemic has been incredibly difficult for every Australian but we have stuck together and saved lives and livelihoods. … Australians have made many sacrifices during this pandemic, and they rightly expect the result of those sacrifices to be protected,” Morrison said in a statement. “This is what the Minister is doing in taking this action today.”

Everyone at the Australian Open — including players, their support teams and spectators — is required to be vaccinated for the illness caused by the coronavirus. Djokovic is not inoculated and had sought a medical exemption on the grounds that he said he had COVID-19 in December.

That exemption was approved by the Victoria state government and Tennis Australia, apparently allowing him to obtain a visa to travel. But the Australian Border Force rejected the exemption and canceled his visa when he landed in Melbourne on Jan. 5.

Novak Djokovic back into swing in Australia, visa questions linger

Kickin’ It with Kiz: Should Broncos’ top quarterback target be Aaron Rodgers or Russell Wilson?

The Chicago Bears have reached out to at least 10 general manager candidates and nine coach candidates for interviews. As they go through the interviewing process, we are taking a look at each of the prospective hires. First up is coach Doug Pederson, who interviewed with the Bears on Wednesday, according to a source. Name: […]

A look at head-coaching changes throughout the NFL as teams begin to retool for 2022. (This will be updated): FIRED Vic Fangio, Broncos: Fangio, 63, was fired Jan. 8 after compiling a 19-30 record in three seasons in Denver. His winning percentage of .388 (including a 7-10 record this year) was only slightly better than […]