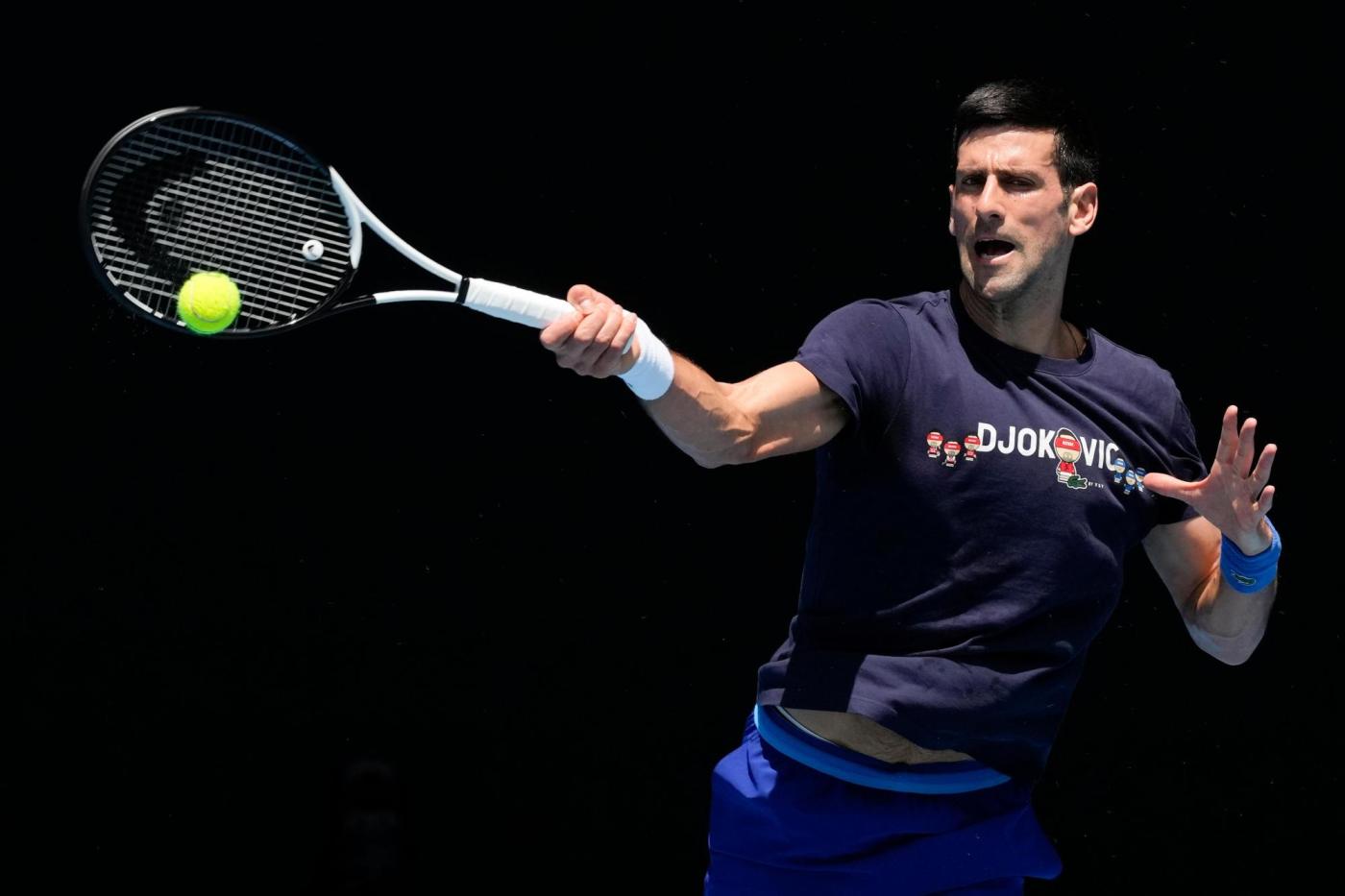 By JOHN PYE and ROD McGUIRK

MELBOURNE, Australia (AP) — Novak Djokovic acknowledged Wednesday that his Australian travel declaration form contained incorrect information, and he also confessed to an “error of judgment” in taking part in an interview and photo shoot in Serbia last month after testing positive for COVID-19.

In a statement posted to his social media accounts, the tennis star blamed “human error” by his support team for failing to declare that he had traveled in the two-week period before entering Australia.

Giving false information on the form could be grounds for deportation, the latest twist in a saga over whether the athlete should be allowed stay in Australia despite not being vaccinated. The initial news that Djokovic was granted an exemption to strict vaccination rules to enter the country provoked an outcry and the ensuing dispute has since overshadowed the lead-up to the Australian Open.

Djokovic acknowledged the lapses when he sought to clarify what he called “continuing misinformation” about his movements after he became infected last month — though he did not spell out what inaccuracies he was referring to.

The statement was posted while the men’s tennis No. 1 was in Rod Laver Arena holding a practice session, his third on the tournament’s main court since being released from four nights in immigration detention.

The nine-time and defending Australian Open champion remains in limbo before the year’s first tennis major starts Monday. The stakes are particularly high since he is seeking a men’s record 21st Grand Slam singles title.

His visa was canceled on arrival last week when his vaccination exemption was questioned, but he won a legal battle on procedural grounds that allowed him to stay in the country. He still faces the prospect of deportation — a decision that is entirely at the discretion of Australia’s immigration minister if deemed to be in the public interest for health and safety reasons.

Deportation could result in sanctions ranging up to a three-year ban from entering Australia, a daunting prospect for a player who has won almost half of his 20 Grand Slam singles titles here.

Court documents detailing Djokovic’s positive test sparked speculation over the star player’s attendance at events in his native Serbia last month. Further questions also were raised about errors on his immigration form that could potentially result in the cancellation of his visa yet again.

On the form, Djokovic said he had not traveled in the 14 days before his flight to Australia, despite being seen in Spain and Serbia in that period.

In his statement, Djokovic described recent commentary as “hurtful” and said he wanted to address it in the interest of “alleviating broader concern in the community about my presence in Australia.”

The 34-year-old Serb said he’d taken rapid tests that were negative and he was asymptomatic before he received his positive result from a PCR test he undertook out of an “abundance of caution” after attending a basketball game in Belgrade on Dec. 14.

He received the result late Dec. 17, he said, and scrapped all his commitments except a …read more

A blowout playoff win followed by an interview with the Chicago Bears. For Buffalo Bills offensive coordinator Brian Daboll, this is the definition of ‘strike while the iron is hot.’

If the Chicago Bears were intent on doing comprehensive research for their simultaneous searches for a new head coach and general manager, perhaps their Saturday night homework should have ended with a peek into the interview rooms at Highmark Stadium in Orchard Park, N.Y. Start with Bill Belichick. Legendary coach of the New England Patriots. […]

NFL power rankings, Week 18: Breaking down Super Bowl contenders, plus why the Ravens should be better in 2022

Each week of the NFL season, The Baltimore Sun will rank all 32 NFL teams. The rankings will take into account not just weekly performance, but how well each team measures up as Super Bowl contenders, regardless of win-loss record. Here are the rankings after Week 18: Super Bowl favorites 1. Green Bay Packers (13-4; […]