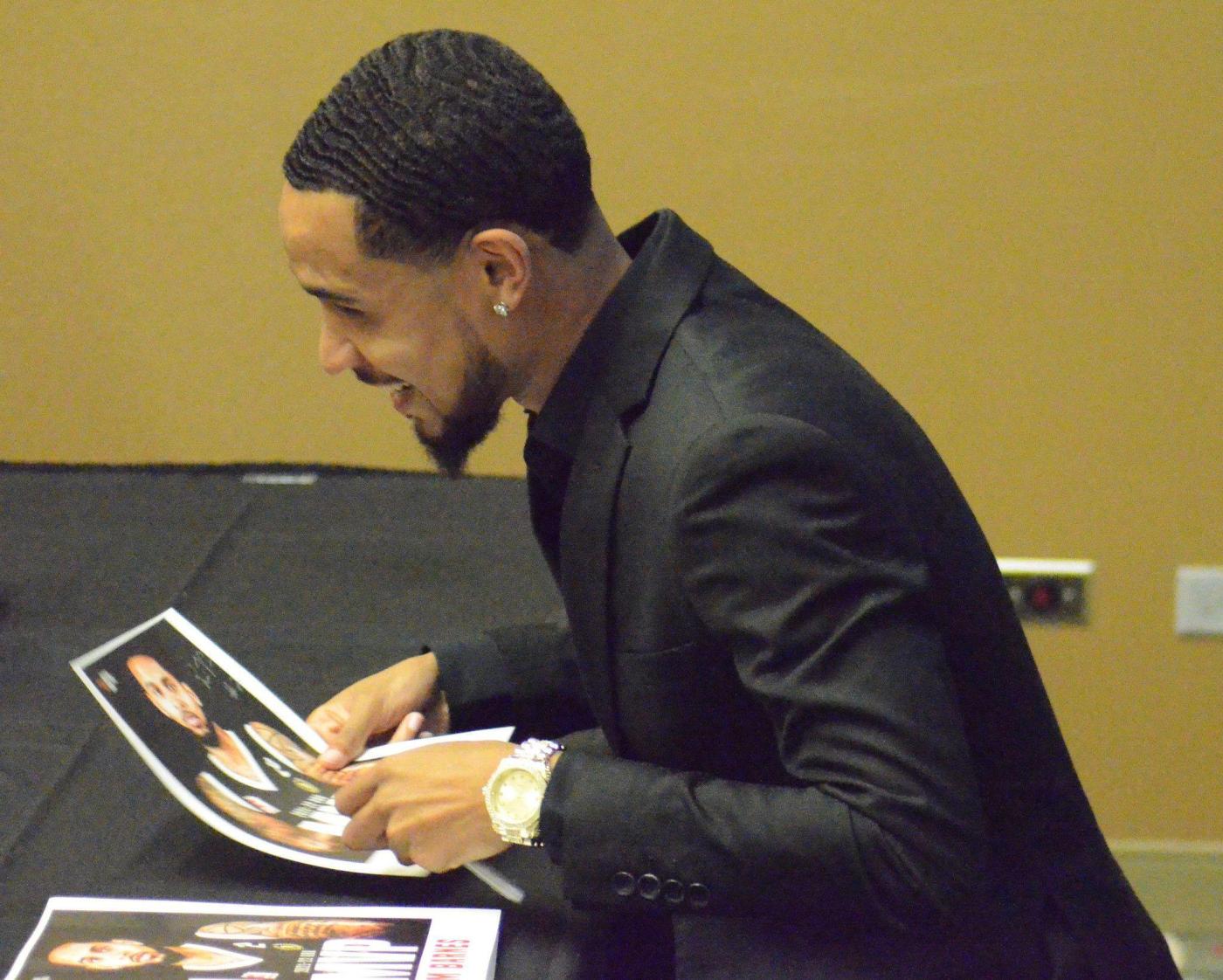 Tim Barnes has a workout scheduled on June 27 with the Indiana Pacers. Two days later, heads out west for a workout with the Los Angeles Clippers.

The Southland Prep graduate said he knows the odds are stacked against him. He also knows he doesn’t want to give up his dream of playing in the NBA.

After averaging 29.4 points and 5.5 assists, the 5-foot-9, 140-pound guard is getting some NBA looks. But he realizes he has a few things going against him.

“I know the politics of basketball,” he said. “I’m 5-foot-9. People have been telling me ‘no’ all my life and that I should give up this crazy dream. I was the team manager in eighth grade — I didn’t even make the team. I went to Southland and played, but people said I wasn’t good enough to go to college.

“I went to Beloit, a small school. I played semipro. I heard a lot of stuff over the years about how I should give this up. I’m not going to give it up, but I know I have a way bigger way to go to achieve the goal.”

The Matteson native said speed and shooting are his strengths. When he has to defend guards who are 6-3 or taller, he confirmed not everything is what it seems.

“I play dirty a little bit,” Barnes said. “The refs don’t see everything.”

Barnes played basketball in Armenia before heading to Germany. Although he enjoyed success overseas, he found it to be challenging as well.

“Playing overseas is not for the faint of heart,” he said. “A bunch of people romanticize it and think it’s the sweetest thing, but there were tough living circumstances and not getting paid on time.

“Most of it is just being alone. There were plenty of times when I questioned myself, but at the end of the day, I was able to make it.”

Barnes is not ashamed to admit he battled mental health issues abroad. For the most part, he hid that part of his life from people.

He said he kept himself busy to keep his mind off the times when “I wasn’t loving myself,” but there were times when he called home for support from his father, Craig, and mother, LaVerne.

“They were always there for me, no matter what time of the day or night I called them,” Tim said.

Craig, a Luther South graduate who attended the University of Illinois, said he always puts “student” in front of student-athlete when it comes to his kids.

He encouraged Tim to work on getting his degree, but Tim convinced him there’s a small window to maximize his athletic potential and a much bigger window to finish school.

“It’s been a long journey,” Craig said. “From shooting all of those shots in the driveway to now. I’m not going to lie, I doubted …read more

TAMPA, Fla. — Unlike its blowout victory in Game 2 on Saturday at Ball Arena, the Avalanche got little done at even strength here in Game 3 on Monday night. The Tampa Bay Lightning crushed Colorado, 6-2, by shutting the Avs down at even strength. Both of Colorado’s goals came on the power play by […]

Zach Wilson sliced the defense into pieces during the first day of the Jets’ mandatory minicamp. When all was said and done, it was his best offseason practice. Wilson’s efficiency throughout Tuesday’s practice was outstanding as he operated within the structure of the play calls. The former No. 2 overall pick went 10-for-13 in team […]