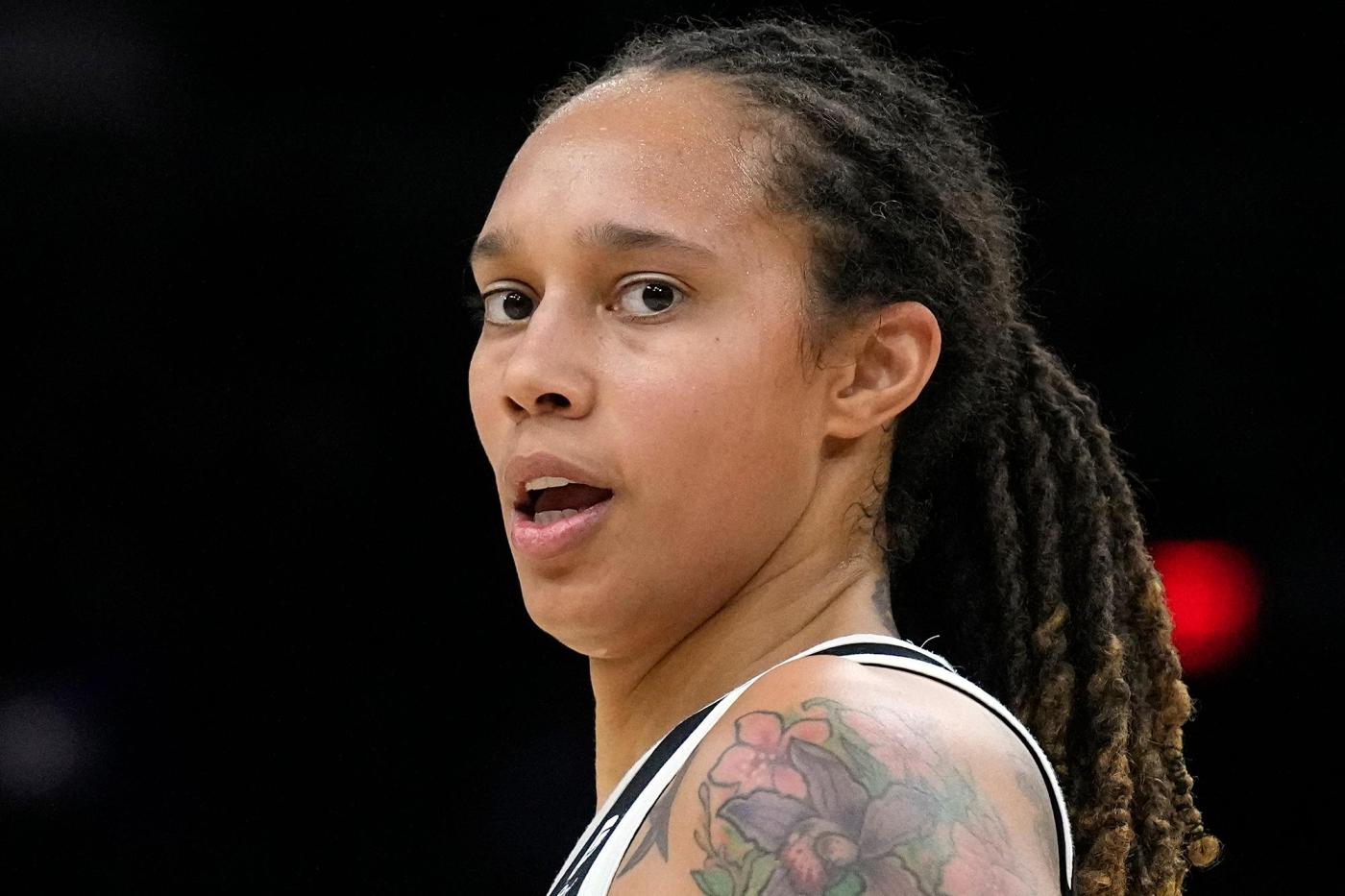 MOSCOW — The lawyer for WNBA star Brittney Griner said Friday her pre-trial detention in Russia has been extended by one month.

Alexander Boykov told The Associated Press he believed the relatively short extension of the detention indicated the case would come to trial soon. She has been in detention for nearly three months.

She appeared for the brief hearing handcuffed, her dreadlocks covered in a red hoodie and her face held low.

Boykov said “We did not receive any complaints about the detention conditions from our client.”

Griner, a two-time Olympic gold medalist, was detained at a Moscow airport after vape cartridges containing oil derived from cannabis were allegedly found in her luggage, which could carry a maximum penalty of 10 years in prison.

The Biden administration says Griner, 31, is being wrongfully detained. The WNBA and U.S. officials have worked toward her release, without visible progress.

The Russians have described Griner’s case as a criminal offense without making any political associations.

But it comes amid Moscow’s war in Ukraine that has brought U.S.-Russian relations to the lowest level since the Cold War.

Despite the strain, Russia and the United States carried out an unexpected prisoner exchange last month — trading ex-marine Trevor Reed for Konstantin Yaroshenko, a Russian pilot serving a 20-year federal sentence for conspiring to smuggle cocaine into the U.S. While the U.S. does not typically embrace such exchanges, it made the deal in part because Yaroshenko had already served a long portion of his prison sentence.

The Russians may consider Griner a potential part of another such exchange.

The State Department last week said it now regards Griner as wrongfully detained, a change in classification that suggests the U.S. government will be more active in trying to secure her release even while the legal case plays out. The status change places her case under the purview of the department’s Special Presidential Envoy for Hostage Affairs, which is responsible for negotiating for the release of hostages and Americans considered wrongfully detained.

Also working on the case now is a center led by Bill Richardson, the former U.S. ambassador to the United Nations who helped the release of multiple hostages and detainees, including Reed.

It’s not entirely clear why the U.S. government, which for weeks had been more circumspect in its approach, reclassified Griner as a wrongful detainee. But under federal law, there are a number of factors that go into such a characterization, including if the detention is based on being an American or if the detainee has been denied due process

U.S. State Dept. spokesman Ned Price has confirmed that U.S. Ambassador John Sullivan had a meeting with Russian counterparts but would not say whether Griner was discussed or talk any further about her case.

Gleyber Torres took the high road. The Yankees second baseman laughed when told that Rangers manager Chris Woodward whined about his first-game walkoff home run. “I feel like both teams play in the same ballpark in the same dimensions,” Torres said. “I think I feel good to hit the walkoff homer in the little league […]

Kristian Winfield: Luka Doncic is undeniable. Chris Paul … not so much

I remember when it happened. March 2, when the Dallas Mavericks played the Los Angeles Lakers. That’s when I realized Luka Doncic was a top-5 player. But Sunday night, after Luka Magic’s Mavericks ran up a 47-point lead to dismiss the league-best Suns in Game 7 — in Phoenix — I realized top-5 might not […]

For Heat, injury report means during NBA playoffs when it doubt ‘questionable’ it out

It has been the Miami Heat’s way for weeks now, and based on how the NBA has responded to injury reports just this weekend, it likely is an approach that will continue: When it doubt, “questionable” it out. Sunday, ahead of Game 4 of this best-of-seven Eastern Conference semifinal playoff series against the Philadelphia 76ers, […]