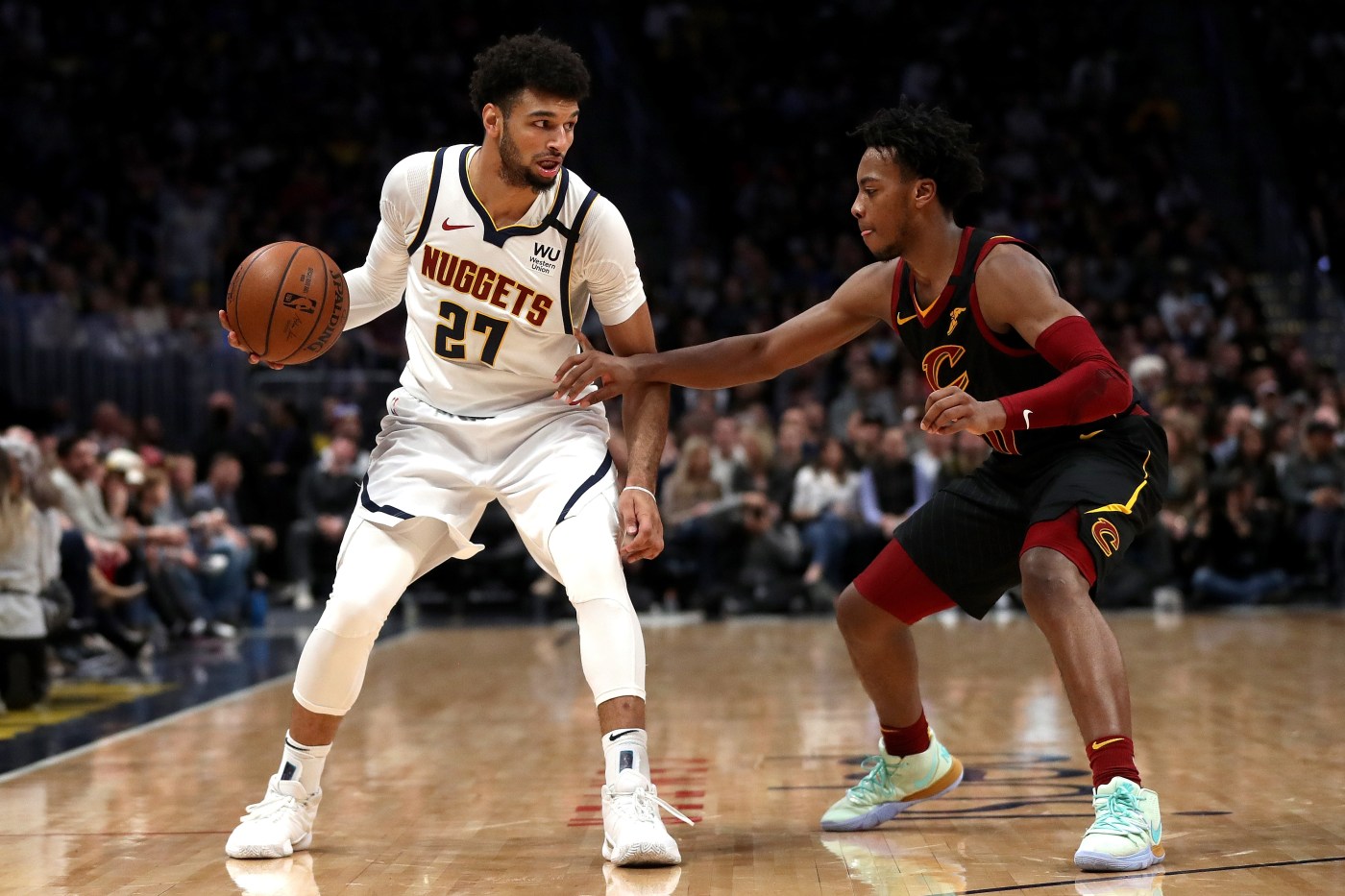 Nearly halfway through the regular season, the cardiac Nuggets is more than an appropriate nickname.

Despite a furious fourth-quarter rally, which saw the Nuggets fight back from 14 down to momentarily take the lead, the Cleveland Cavaliers got the best of them Saturday night and hung on to win 111-103. The loss dropped the Nuggets to 26-12 on the season.

Jamal Murray scored 14 of his 24 points in the fourth quarter, including a scintillating 3-pointer from the wing that tied it at 93 with 6:26 left. Moments later, Nikola Jokic drilled another 3-pointer off a Murray assist to give the Nuggets a temporary 96-95 lead.

The Nuggets even temporarily employed a zone defense to try and slow the Cavs’ attack.

Jokic had 19 points and 12 rebounds, though Denver’s collective offensive effort was undermined by hitting just 8-of-39 3-pointers. Will Barton (18 points) and Monte Morris (11) were two of the few Nuggets to play with adequate energy throughout. As a whole, the team couldn’t capitalize on Cleveland’s 15 turnovers.

It didn’t help, of course, that they were missing Paul Millsap, who was nursing his injured left knee.

But making matters worse, their offense devolved into more jump shooting. By the end of the third quarter, Denver was just 5-of-27 from the 3-point line. After converting on one 3-pointer from the corner, Jerami Grant could only look skyward in relief. The Nuggets entered the fourth down 85-71.

Despite going 3-2 on their recent road trip, their loss at beleaguered Washington stuck with Nuggets coach Michael Malone. Their mindset, both in that game and against other sub .500 teams, is why he was concerned heading into Saturday night.

“The biggest thing that concerns me is our approach,” he said on Friday. “It’s not about Kevin Love or Tristan Thompson’s offensive rebounds or the scoring of Collin Sexton or Darius Garland.

“… After the (loss to the Wizards), talking to the guys, actually hearing a player say, ‘It surprised me how hard they played.’ That, to me, was really eye opening and surprising and disappointing,” Malone added. “Everybody plays hard. You don’t play a team’s record. And if we want to continue to be a team that can get homecourt advantage, you have to have the right approach, no matter who you’re playing and what their record is.”

Before the game, Malone noted that the Nuggets had five losses heading into Saturday night against teams with 15 wins or less: Atlanta, Sacramento, …read more

In this episode of the On The Rox podcast, Denver Post beat writers Kyle Newman and Patrick Saunders discuss the value that longtime Rockies radio broadcaster Jerry Schemmel brought to the Colorado baseball experience. Schemmel lost his job on Thursday as part of iHeartMedia’s layoffs after 10 seasons calling Rockies games on 850 KOA. Subscribe […]

Roger Craig and Cliff Branch, two of the most overlooked stars from their respective 49ers and Raiders playing days, missed the cut for the Pro Football Hall of Fame’s Centennial Class that was announced Wednesday morning. Each was among 20 former players who were senior finalists, of which 10 were selected, along with two coaches […]

*** Instant reaction to developments on and off the field. (For a subscription to the Hotline newsletter, click here.) … 1. Weighing the departures. Together in the Pacific Northwest for six years, gone their separate ways in six weeks. And like that, Chris Petersen and Mike Leach — two of the most successful and longest-tenured […]