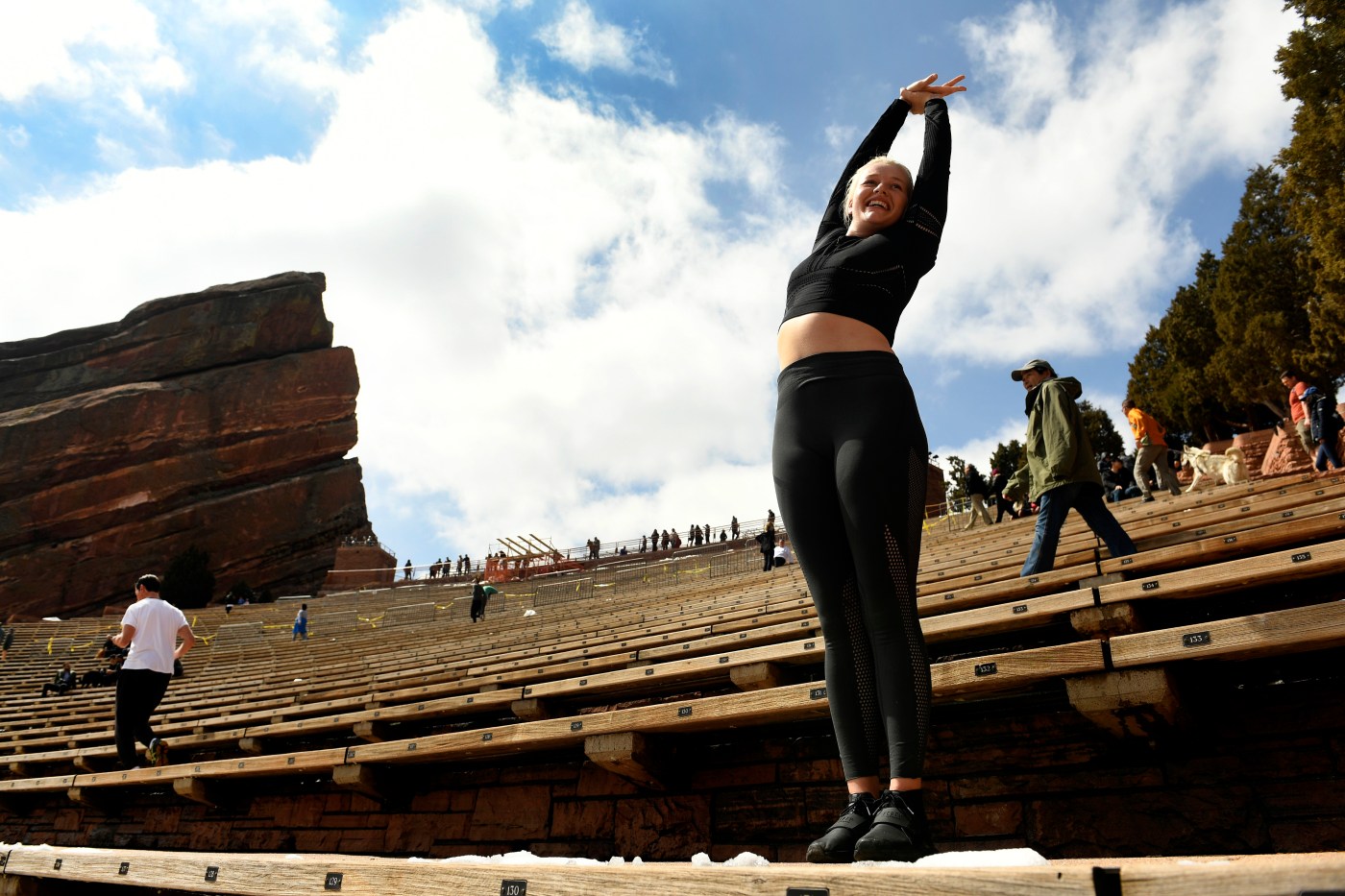 Whether taking a run around Sloan’s Lake, biking Cherry Creek Trail or climbing a fourteener, Denverites are an active bunch. According to the ACSM American Fitness Index, Denver is the fourth-fittest city in the United States.

The study ranked the top 100 cities for fitness in the country based on individual and community metrics. The insights revealed that over 82% of residents in the Mile High City exercised within the last 30 days. Over half the population meets aerobic activity guidelines, with nearly 70% of people sleeping more than seven hours a day, according to the study.

“Physical activity is essential to human health,” Dr. NiCole R. Keith, president of the American College of Sports Medicine, said in the study. “It is imperative that policymakers, educators, health care providers, and public health officials communicate the importance of physical activity and provide direction on methods to safely be physically active.”

The study claims that about 90% of Denverites can walk to a park in under 10 minutes, but the city’s community score lagged behind its personal health score. The community score ranked No. 26 in the nation, lowered by the poor air quality and lack of a physical education requirement.

Despite Denver’s lower score as a community, Abbie Mood, a yoga instructor who has lived in several states and currently resides in Glendale, said she’s noticed how active Coloradans are.

“Colorado definitely has a reputation for being a fit state, and it’s well deserved,” Mood said. “Besides regularly making the top five in lists of healthiest or fittest states, I remember noticing a difference when I first moved to Colorado; people are always outside doing something or planning their next adventure. With distinct seasons and pretty great weather overall, it’s pretty easy for people to be active year-round, no matter what their favorite activity might be.”

The study reported that many of the country’s largest cities were unhealthy before the COVID-19 pandemic.

“According to the 2021 American Fitness Index, on average, almost a third of residents in the 100 largest U.S. cities have obesity, 14% smoke, and 25% reported no exercise in the previous month. And all of this was before the pandemic,” The study found. “Preliminary studies have indicated that during 2020, the COVID-19 pandemic reduced physical activity and healthy food intake, as well as increased obesity rates and stress.”

Denver has lower obesity and stroke rates than average, bringing its personal health figure to second-best in the nation.

“I think Denver’s location is a major factor in how healthy and active people are around here,” Mood said. “The mountains are close, the foothills are closer, and there are trails and parks everywhere. The downside is that people can be unnecessarily competitive, and we’ve seen access issues pop up over the years. Still, if we can figure out a way to keep these places …read more

How Mike Redmond is managing Rockies amid COVID issues: “Buddy and I are on the same page”

An unexpected Rockies promotion from bench coach to interim manager did not faze Mike Redmond. “I feel confident,” he said. “I’m ready for it.” Although Redmond had little time to prepare. News dropped around 5 p.m. Friday that Colorado manager Bud Black, first base coach Ron Gideon, and four players would miss that night’s game […]

After “difficult” 2020, Bandimere Speedway welcomes Mile-High Nationals back to Morrison

MORRISON — Following a one-year hiatus, Bandimere Speedway is back hosting the world’s fastest racecars for the 41st Mile-High Nationals. The National Hot Rod Association event begins its traditional three-day weekend with qualifying Friday and Saturday and elimination-rounds Sunday. “Being back online and having the event is kind of like having Christmas all over. The […]

In this edition of the On The Rox podcast, Denver Post sportswriters Kyle Newman and Patrick Saunders preview the second half of the Rockies’ 2021 season. What’s the likelihood that shortstop Trevor Story is traded before the deadline, and same goes for right-hander Jon Gray? What are reasons to go out to Coors Field to […]