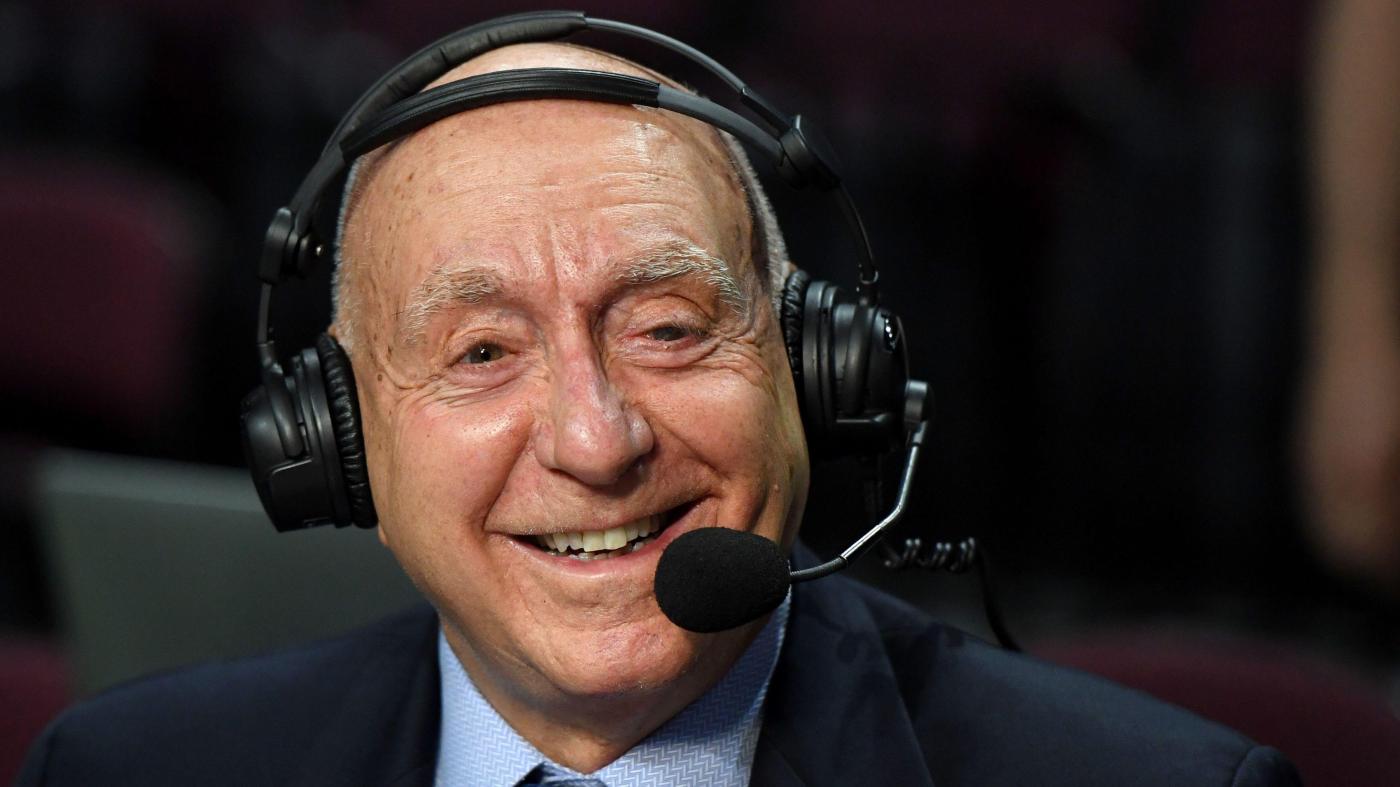 He began another game in a life of games with an emotion he never showed.

He was crying, the tears falling, his face a mudslide of emotion.

The ESPN voice of college basketball choked up then, before the start of another big game, No. 1 Gonzaga versus No. 2 UCLA, in a manner that didn’t need apologizing.

“Let’s get this game going and talk some basketball,’ he said.

Dickie V has cancer. He turned to sports for what the doctors, the chemotherapy, the regimen of pills and tests and medical charts can’t provide. Happiness. Diversion.

“The medicine of basketball,’ he said at one point on the telecast.

Isn’t that it? Doesn’t what surrounds our games often tell more of their impact than what’s in them?

A Dolphins fan from Illinois was buried with a Dan Marino jersey this year for the happiness the former quarterback brought to his life. A 9-year-old in Utah suffering himself from brain cancer asked to put NFL quarterback Tom Brady’s highlight video on for inspiration at the hospital.

The Utah fan then visited a Tampa Bay game, healthy and waving the sign, “Tom Brady Helped Me Beat Cancer.” Brady came over, shook his hand, the boy crying.

“He was the one inspiring me,” Brady later said.

That’s the tonic of sports even amid the at-times toxic reactions to scores. Just look at this week. here’s everyday moments, like the annual turkeys passed out by teams. Coach Brian Flores wears a T-shirt of Ladder 118, the Brooklyn firefighters his uncle worked with who lost eight first responders in the 9-11 tragedy.

Dolphins receiver Albert Wilson will host several low-income youth at Sunday’s game as part of his ongoing link to his life. His parents were imprisoned. He lived in foster homes. He moved in with the family of a high-school teammate and navigated small-school Georgia State to the NFL.

“I did it and want to show others they can succeed, too,’ he once said.

We can go on. At every game in every city, teams like the Heat and Panthers in South Florida thank members of the military, who probably thought thanks had passed them by.

There’s a retired Sun Sentinel sports writer, Craig Barnes, now in the hospital after breaking his hip last weekend. It’s been a tough run. His wife of 55 years died last month after a lengthy illness. He cared for her, day after day, for five years, citing the phrase, “In sickness and in health.”

His story became better than any game story he covered.

Every day sports brings us something fresh and inspiring, if you care to see it. Tuesday it was Dickie V. He was diagnosed with bile-duct cancer last month. He went home and Googled that and saw the typical case had months to live. He was a wreck, he said.

The diagnosis then changed to lymphoma. Still bad. But curable. “No one was happier to have lymphoma,’ he said.

He raised more than $40 …read more

Ravens defensive lineman Derek Wolfe, sidelined since August with back and hip injuries, is “not in a place where he’s going to be able to play” this season, coach John Harbaugh said Monday. The Ravens designated Wolfe to return to practice Oct. 26, meaning the team’s 21-day window to move him to the 53-man roster […]

Michael Strahan nearly flew on a rocket ship to outer space before the Giants retired his number. It took that long. “I do go, ‘Well, what took you so long?’” Strahan, 50, said in a conference call Wednesday. “But it is an honor.” Strahan’s star has risen so meteorically on television that he was invited […]

Each week of the NFL season, The Baltimore Sun will rank all 32 NFL teams. The rankings will take into account not just weekly performance, but how well each team measures up as Super Bowl contenders, regardless of win-loss record. Here are the rankings after Week 11: The contenders 1. Arizona Cardinals (9-2; No. 1 […]